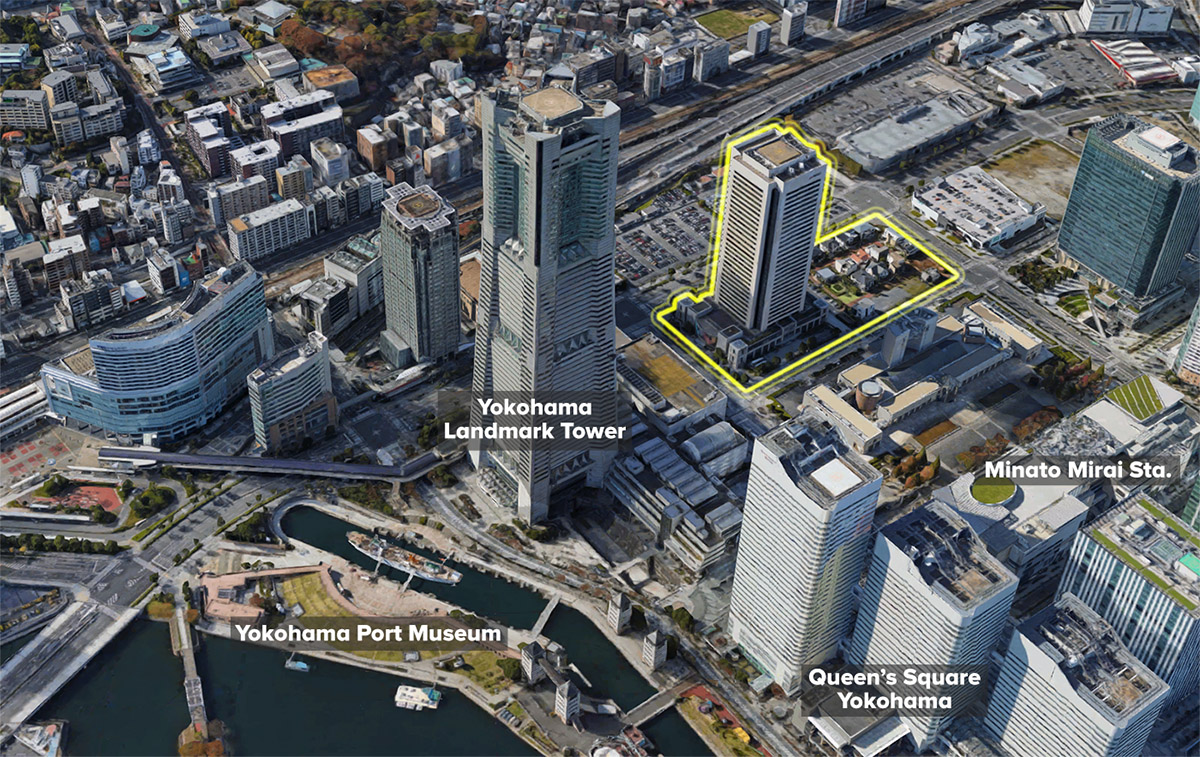 On March 30, Mitsubishi Heavy Industries announced the sale of their Yokohama Building for 76.1 billion Yen (approx. 688 million USD) to HULIC and KRF.

The sale included the 33-story office building and the 20,000 sqm block of land. The adjoining house exhibition showground on the north-west side of the office tower was included as part of the sale.  Mitsubishi will continue to occupy the building as the main tenant.

The 151m tall Mitsubishi Heavy Industries Yokohama Building has a total floor area of 100,000 sqm and was completed in 1994. It is located within Yokohama’s Minato Mirai oceanfront district and is across the street from the 296m tall Yokohama Landmark Tower.

Originally there were plans to build an adjoining twin tower on the same block which would have also been occupied by Mitsubishi. However, the economic downturn following the collapse of the bubble in the early 1990s saw construction postponed. In September 2013, new plans were announced for the second tower. The proposal was for a 165m tall, 32-storey tower with a total floor area of 108,000 sqm. Although construction was scheduled to start in 2015 with completion by 2017, the site remains a home display park.