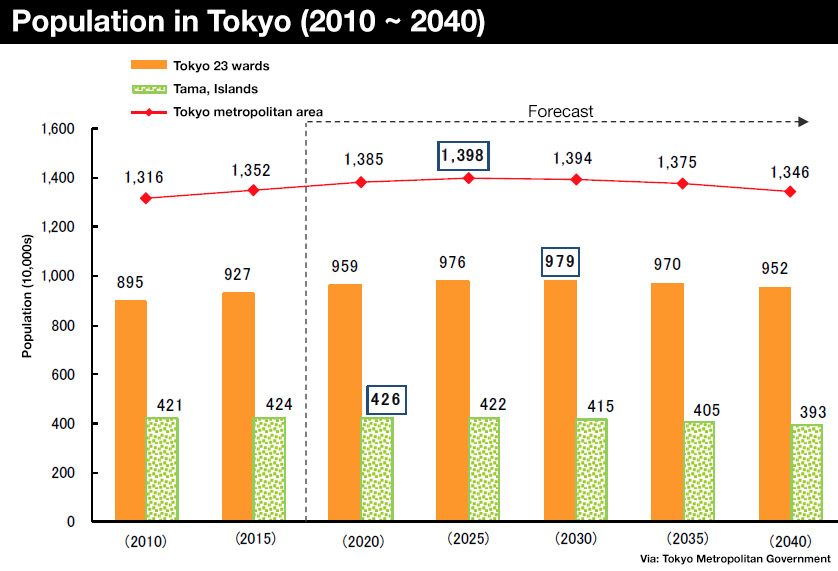 According to the Tokyo Metropolitan Government, the resident population in Tokyo’s central three wards of Minato, Chiyoda and Chuo are expected to increase by 43% over the next 23 years as wealthy families and older retirees return to the city center.

The population of the Tokyo metropolitan area was 13,520,000 in 2015. It is expected to reach a peak of 13,980,000 residents by 2025 before shifting to a gradual decline in the Tama district and other eastern suburban areas. The population in central Tokyo, however, is expected to continue to increase.

Between 2010 and 2015, Minato Ward saw the biggest net population growth in the Tokyo area with a net increase of 38,259 residents, or an 18.65% increase. Chiyoda Ward was in top spot based on percentage growth, with a 23.83% increase over five years. Chuo Ward was in third place with an increase of 14.93%.

In Koto Ward, which is seeing an increase in new families moving to high-rise apartments, the population is expected to continue to grow until 2035. Bunkyo, Shibuya and Shinagawa wards are expected to see population growth until 2030. 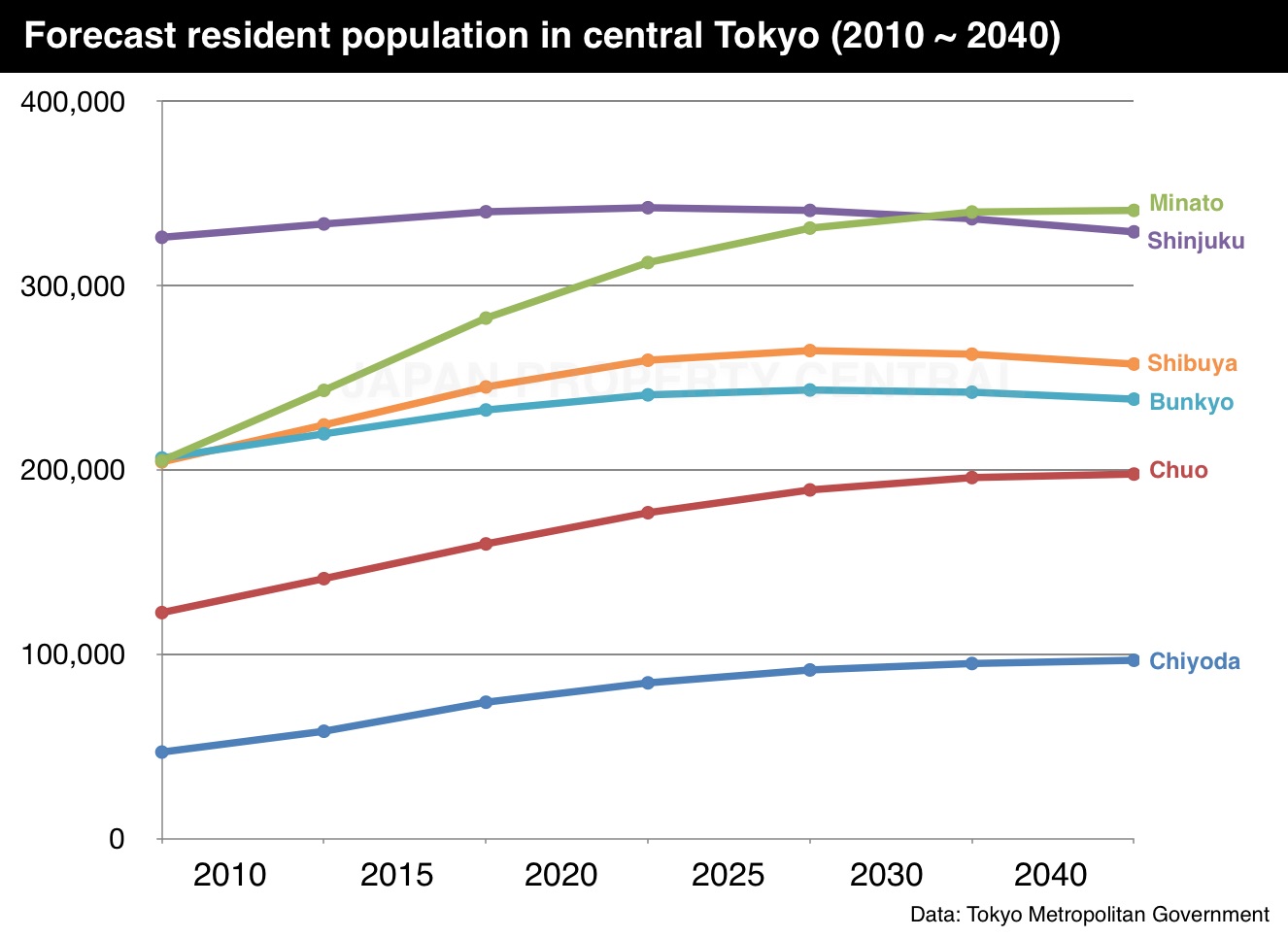