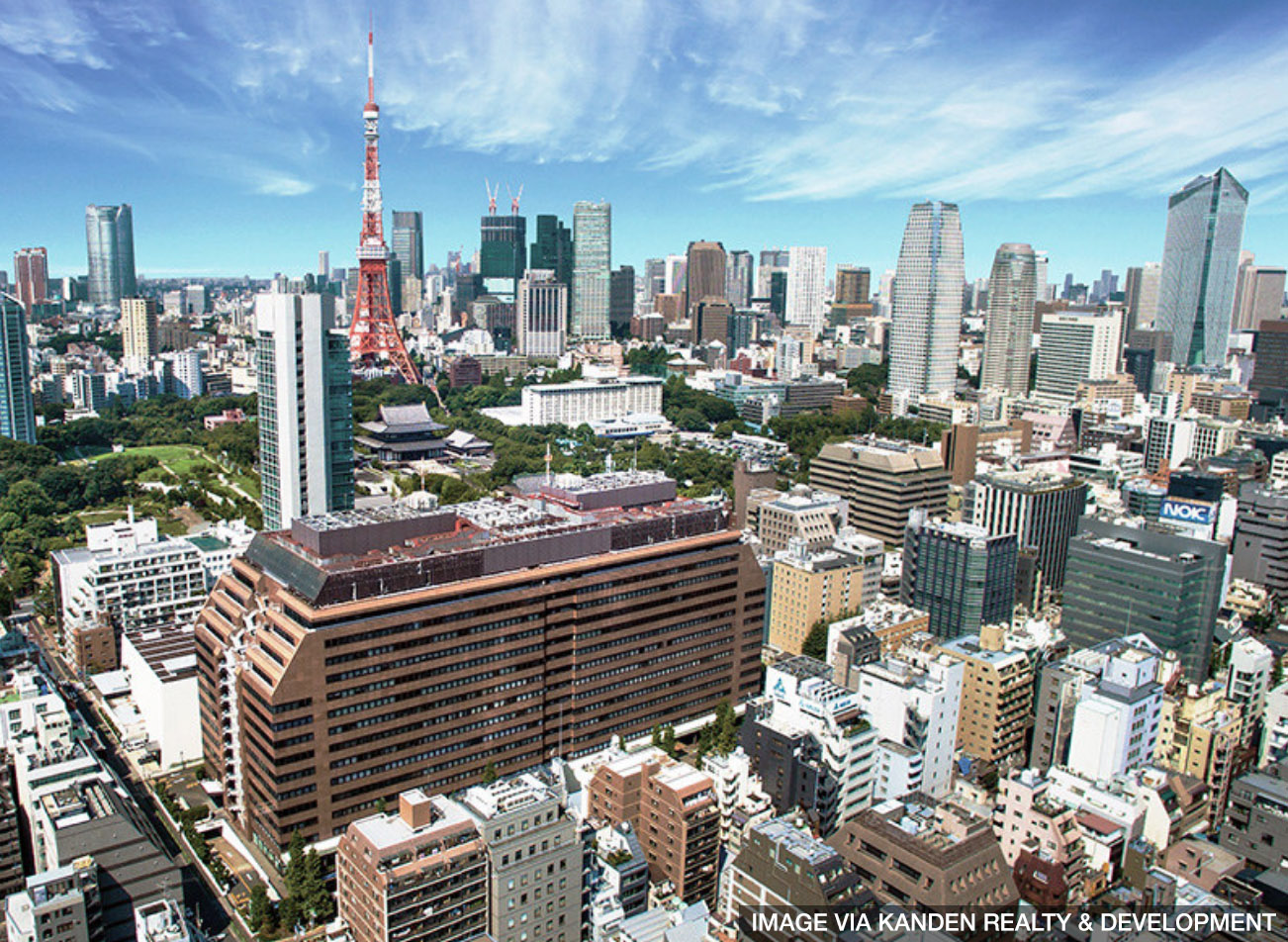 The Kansai Electric Power Co. and Tokyo Gas have jointly acquired the trust beneficiary rights to Shiba Park Building in central Tokyo on March 20. The acquisition price has not been made public, but insiders suggest a price somewhere in the range of 150 billion Yen (approx. 1.4 billion USD).

The 14-storey office building was built in 1982 and is a local landmark. It has a total floor area of 97,294 sqm (1.05 million sq.ft) and sits on a 16,150 sqm block of land. In 2005 it was acquired by Morgan Stanley, who sold it one year later to daVinci Holdings for 143 billion Yen. This was the largest transaction for a single building in Japan. After daVinci’s collapse, it was transferred to creditors and sold to Asia Pacific Land in 2013 for 120 billion Yen (approx. 1.21 billion USD at the time). This was the largest sale of a single building in Japan that year.

In late 2015 there were reports that the owners were looking to sell the building with rumors that it could go for up to 160 billion Yen (approx. 1.3 billion USD at the time). However, in the midst of ultra-low interest rates, the owners decide to refinance rather than sell.

Kansai Electric and Tokyo Gas plan to continue renting the building to office tenants but may consider future redevelopment.