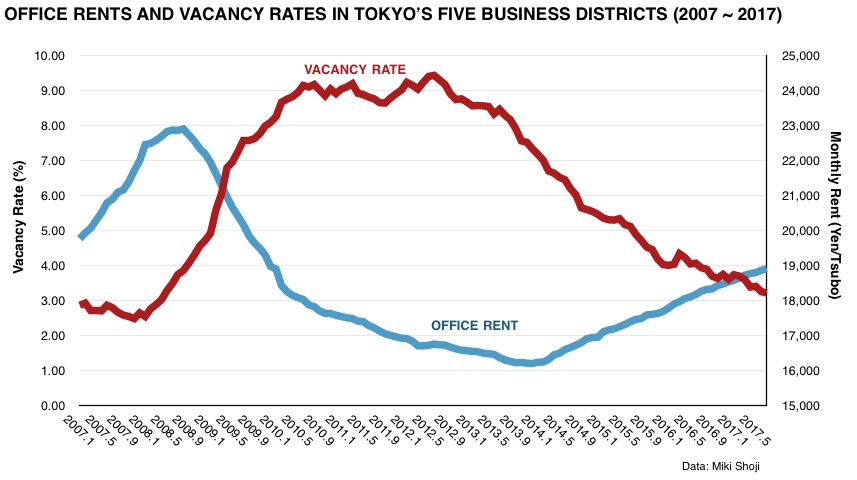 The vacancy rate in existing buildings (excluding new construction) was 2.87% in July, down 0.74 points from last year.

The average monthly rent was 18,916 Yen per Tsubo (approx. 5,723 Yen per square meter), up 3.5% from July 2016 and the 43rd month in a row to record a year-on-year increase in rent. With vacancy rates creeping lower and lower, rents for existing office space are seeing upwards pressure. In some districts, however, rents in certain buildings have reached a ceiling and there have been some instances of price reductions.

Nationwide, vacancy rates were down in all major cities except for Yokohama which has seen the vacancy rate increase by 0.48 points to 5.96% in July 2017.