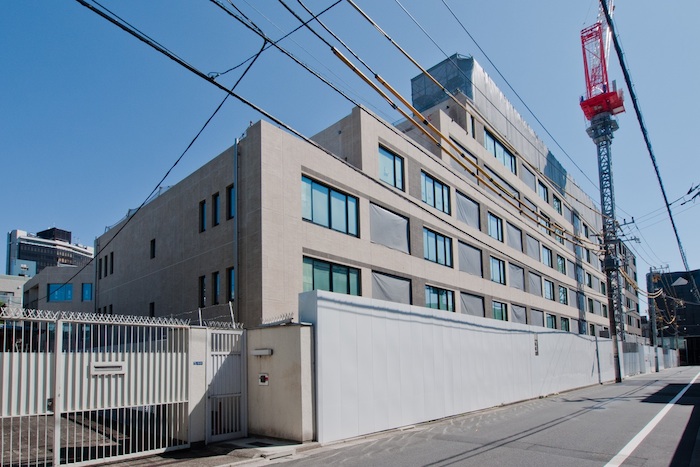 Mitsubishi Jisho Residence announced that they will be demolishing and rebuilding The Parkhouse Grand Minamiaoyama Takagicho* apartment building after serious construction faults were discovered prior to completion. The construction company, Kajima Corporation, is expected to bear most of the reconstruction costs.

Apartments in the 7-storey condominium in Minato-ku were initially priced from 85 ~ 350 million Yen with an average price of 1,400,000 Yen per square meter. 83 of the 86 apartments were already under contract by December when online message boards began to report rumours of some structural issues with the building. Sales were immediately halted and Mitsubishi Jisho met with buyers in January to seek agreement to cancel their contracts. In addition to returning their deposits, Mitsubishi also paid the buyers compensation equivalent to 20% of their purchase price. On a 100 million apartment, this amounts to a 20 million Yen payment.

According to reports, it was discovered back in August 2013 that a subcontractor, after forgetting to install sleeves for piping, began drilling into the already set concrete. As many as 750 drill holes were found to have faults, including cases where the rebar had been accidentally cut.

The current building was scheduled to be handed over to buyers on March 20. Demolition will begin in June and the new building could be completed in a little over three years. Buyers from the first building will be given first option to purchase in the new building and Mitsubishi has offered to cover the extra cost associated with the increase in the consumption tax rate.

Neighbouring residents are faced with another 3 to 4 years of construction noise.

*Not to be confused with Mitsubishi’s “The Parkhouse Grand Minami Aoyama” which is being built near the Prada building in Omotesando.