Some of the ultra high-end condominiums in Tokyo include Toranomon Hills Residence (where apartments may range in price from 3,000,000 ~ 4,500,000 Yen/sqm), The House Minamiazabu (which previously had a 1-bedroom penthouse listed for 1.5 billion Yen), and Mitsui Fudosan’s “Park Mansion” series of apartments.

What makes these apartments different?

Where to find a high-end condominium?

The following is the supply of apartments priced over 100 million Yen in buildings completed after 1998 in Tokyo. The data is from a survey conducted by real estate marketing company Mercury. 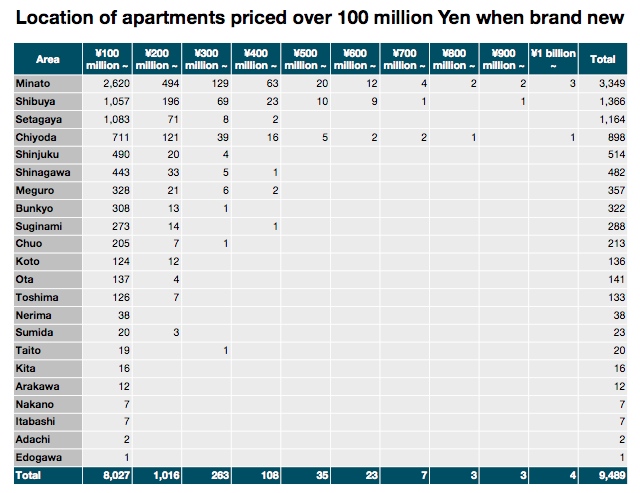 The following table shows the annual supply of new apartments price over 100 million Yen between 2004 and 2009. Again, Minato, Shibuya and Chiyoda have a high concentration. 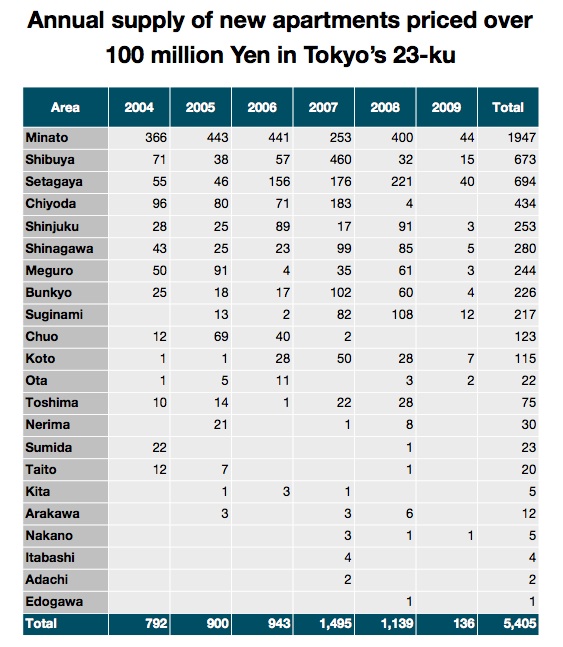 The following graph is based on data from luxury apartments completed from 2003 onwards: 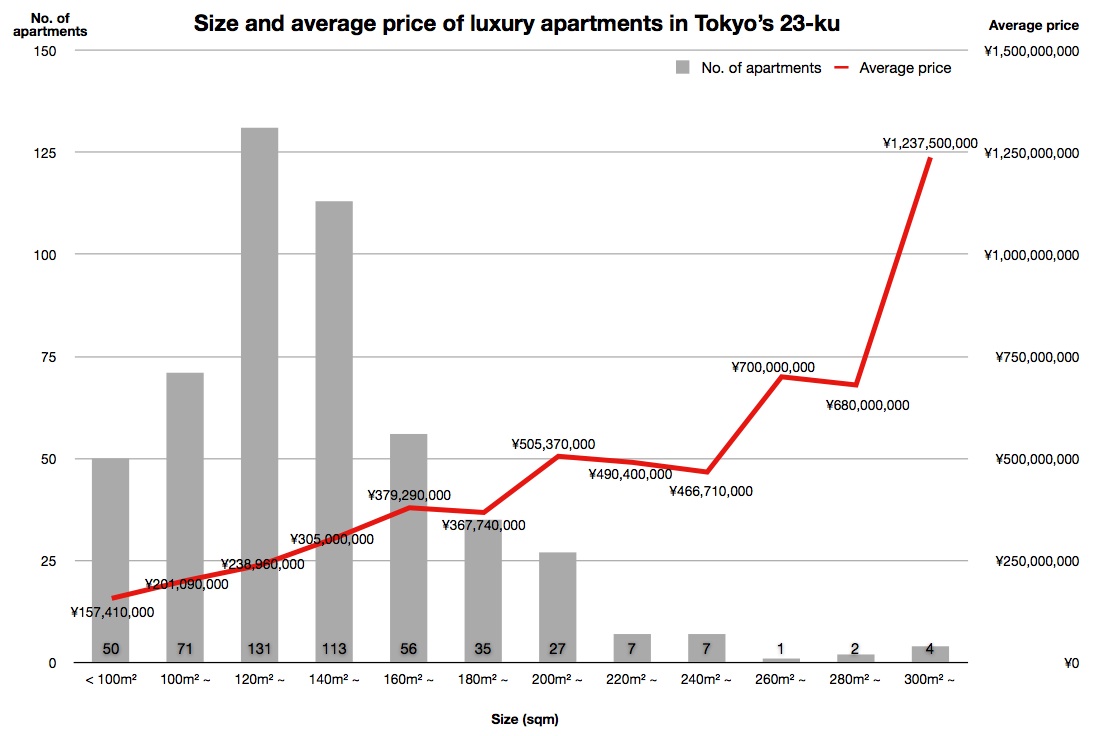 The following table shows the percentage of households with an annual household income over 20 million Yen: 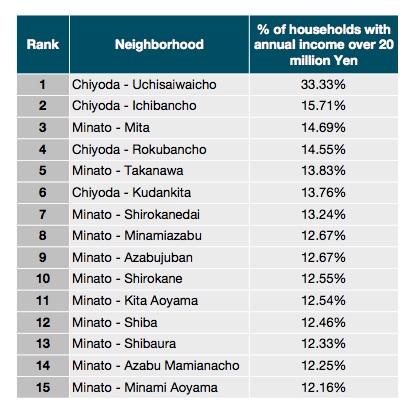