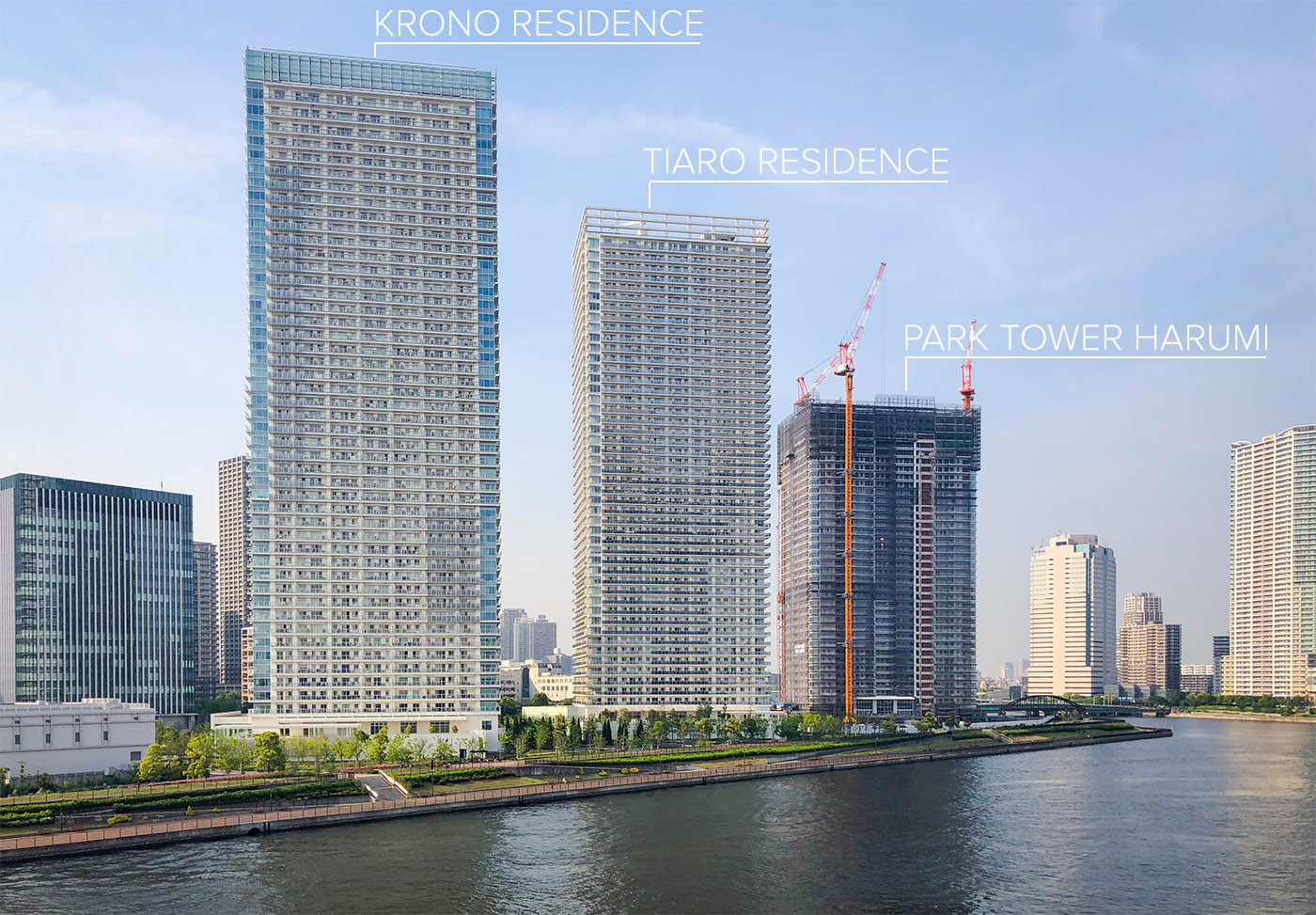 Sales began in early 2012. All new apartments in Krono Residence had sold out by February 2014.

The Parkhouse Harumi Towers is a large-scale development located in the Tokyo Bay Harumi area. The building was designed under the guidance of New York based Richard Meier & Partners Architects. As part of the development, another condominium tower residence (The Park House Harumi Tiaro Residence) was built next-door and completed in April 2016.  Together, the two towers have 1,744 apartments.

Construction was completed by November 2013, and apartments were ready to move into by the end of March 2014.

The building features include a gym, kids room, guest suites, resident lounge, cafe lounge and a kitchen/party space. The tower was built using the base-isolation earthquake resistant construction method (called ‘menshin‘). This is the highest level of earthquake resistance and the most expensive option. It reduces the level of shaking and swaying in an earthquake.

In 2014, Mitsui Fudosan Residential will begin construction of a 49-storey 180m tall residential tower called Park Tower Harumi on the vacant block to the east of The Parkhouse Harumi Towers. Completion was originally scheduled for June 2017 but has been delayed until June 2018. Sales have also been pushed back. More information can be found here. 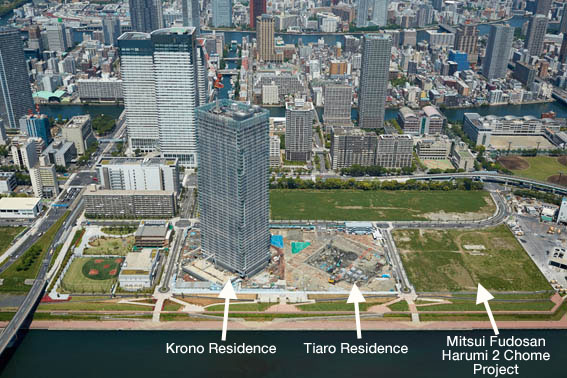 There are a number of large-scale condominiums on these islands in Tokyo Bay including:

The Harumi area is a man-made island that was completed in 1929. It was originally used for port facilities and factories, although these are slowly being replaced by commercial and residential buildings.

The south-western end of the island will be used as the Athlete’s Village in the 2020 Summer Olympics. As many as 24 buildings housing 17,000 residents will be built for the games. After the Olympics, these apartments may be released for sale, which will drastically add to the supply in this area.

Although the area is undergoing a gradual gentrification, there are still some factories, warehouses and industrial blocks which may impact on quality of life in the short term. The Olympics may help to speed things up, however.

One of the problems brought up during the Olympic bid was Harumi’s distance from subway stations. The nearest train station to The Parkhouse Harumi is Kachidoki Station, which is an 11 minute walk away. Residents in The Parkhouse Harumi Towers can use a shuttle bus to travel to Tsukishima, Ginza and Marunouchi, however it is not free. 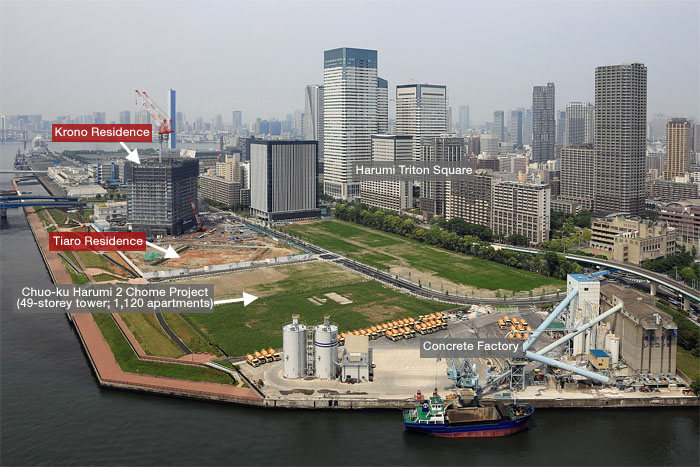 The following is a list of apartments that were listed for sale in the past, or that have sold. Please understand that these apartments may no longer be available for sale.