As land values in Niseko skyrocket, investors have been shifting their attention to more affordable ski locations around Hokkaido. One of those destinations is Furano which is seeing an influx in foreign investment and foreign tourists. Located 110 kilometers north-east of Sapporo, or a 2-hour drive, the city is becoming increasingly known for its high-quality powder snow.

END_OF_DOCUMENT_TOKEN_TO_BE_REPLACED

In 2018, foreign funds purchased 373 hectares of forestry across Japan. According to the Ministry of Agriculture, Forestry and Fisheries (MAFF), there were 30 acquisitions made across seven prefectures.

END_OF_DOCUMENT_TOKEN_TO_BE_REPLACED

Sales in a new resort project in Niseko are off to a strong start with all villa lots sold. ‘Intuition’ is a condo-hotel and holiday home resort development by Hong Kong developer Zekkei Properties.

END_OF_DOCUMENT_TOKEN_TO_BE_REPLACED

A Tokyo-based real estate company has purchased a historic restaurant in Otaru, Hokkaido, with plans to restore the 120+ year old building and develop a hotel on an adjoining lot.

END_OF_DOCUMENT_TOKEN_TO_BE_REPLACED

Furniture company Nitori Holdings is entering the boutique hotel industry with the acquisition of a historic hot spring hotel in Hokkaido’s port city of Otaru. The sale price has not been disclosed.

Ginrinsou has long been considered one of Hokkaido’s leading onsen inns. The three-story ryokan sits on a prominent hilltop location overlooking Otaru’s port district and Ishikari Bay. An additional five-story concrete building was added to the ryokan at a cost of 400 million Yen, bringing the total floor space up to 3000 sqm. Nightly room rates at the 14-room ryokan are around 37,000 Yen per person.

END_OF_DOCUMENT_TOKEN_TO_BE_REPLACED

The first stage of the project will include a 148-room luxury condominium-hotel with construction set to start next spring. The condominium will be called The Vale Rusutsu and will be 11 storeys with completion by December 2019. Rooms will range in size from 50 ~ 260 sqm (538 ~ 2,798 sq ft) and with prices expected to range from 40 ~ 300 million Yen (360,000 ~ 2,700,000 USD). Sales are scheduled to start this month. Owners will have the option of leasing their room to the hotel while they are not using it.

END_OF_DOCUMENT_TOKEN_TO_BE_REPLACED

AYA Niseko, a luxury ski-in ski-out condominium/hotel located on the Grand Hirafu Resort ski slope, opened its doors this month. The 79-unit building is already almost 90% sold out, with the final few apartments expected to sell over the ski season.

END_OF_DOCUMENT_TOKEN_TO_BE_REPLACED 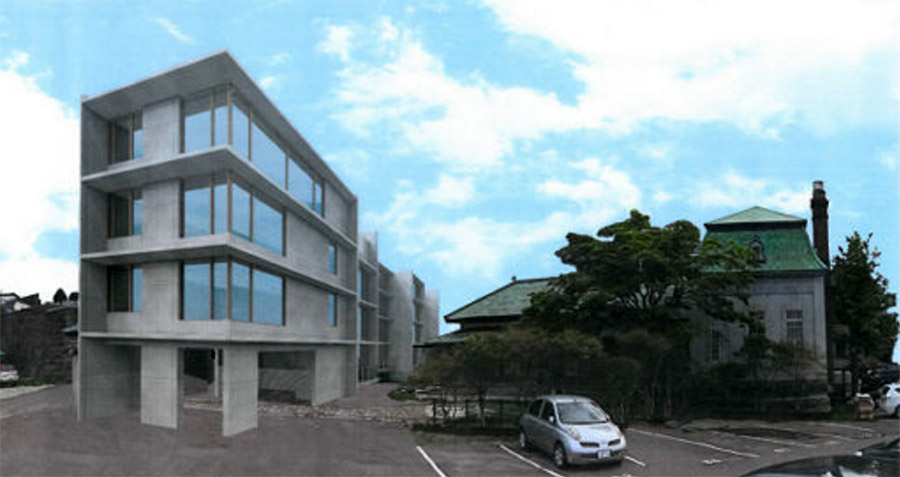 A Sapporo-based real estate developer is planning a small luxury hotel within the grounds of a historic villa in Hokkaido’s Otaru City. The boutique hotel is scheduled to open in July 2017. It will be connected to the historic residence next-door which is operated as a restaurant.

END_OF_DOCUMENT_TOKEN_TO_BE_REPLACED

MA Platform, an investment company affiliated with Mori Trust, is planning a large-scale resort development catering to foreign tourists in Hokkaido’s Tomakomai City. Construction is scheduled to start in 2017 with partial completion by 2020 and full completion by 2026.

The 1,057 hectare site is privately owned forestry which is being leased out by the local landholder. Approximately 42 hectares will be used for the development, which will include a 330 room hotel in three buildings as well as 40 holiday cottages. The first hotel building containing 150 rooms is expected to be completed by 2020. An internationally-branded hotel chain is expected to operate the hotel, with some rooms being available for purchase individually. The holiday cottages may be custom-built for buyers.

END_OF_DOCUMENT_TOKEN_TO_BE_REPLACED

Kushiro City in Hokkaido is moving ahead with plans to buy the former Bank of Japan Kushiro Branch in an effort to preserve the 63-year old building.

The city had earlier considered to converting the building for public use, but the estimated 1.5 billion Yen (12.4 million USD) repair bill proved too costly for the city’s budget. However, if the city did not purchase the building there was a chance that it could be demolished. Ever since the Bank of Japan moved to a new location in 2013, local residents have petitioned for the preservation of the old building and had collected 10,000 signatures.