Buyers have been out in force at home display centres and condominium sales galleries. The main drivers behind the increased activity is the planned increase in Japan’s consumption tax and a fear of rising interest rates.

Should you buy now just because consumption taxes are going to increase?

END_OF_DOCUMENT_TOKEN_TO_BE_REPLACED

To counter-act any potential slowdown in sales following the proposed hike in consumption taxes from 5% to 8% next year, the government will be increasing the maximum tax reduction for those who take out a mortgage to buy their own home.

Maximum deductions will increase from 200,000 Yen to 400,000 Yen per year for normal housing. Buyers of new homes and apartments that are certified as long-term superior housing will be eligible for a maximum annual deduction of 500,000 Yen.

END_OF_DOCUMENT_TOKEN_TO_BE_REPLACED 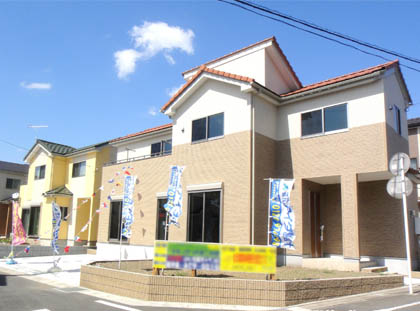 It may already be too late for some buyers looking to build their own home before the planned consumption tax increase next year. A last minute rush by buyers nationwide and a shortage in land and building materials means that some buyers will miss out on the current 5% tax rate.

A clause in construction contracts states that ‘if the contract was signed at least 6 months prior to an increase in consumption tax, the tax rate applied at the time of hand-over will be the rate in effect at the time the contract was signed‘. This means buyers must have their construction contracts signed before the end of September 2013 in order to lock-in the 5% consumption tax rate, otherwise they may be subject to the 8% rate which is scheduled to kick in on April 1, 2014.

END_OF_DOCUMENT_TOKEN_TO_BE_REPLACED

With the planned increase in consumption tax receiving approval by Parliament last Friday, buyers of as-yet uncompleted apartments may be hit with the higher tax.