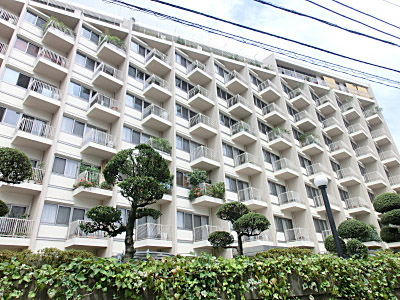 — What is the service life of an apartment building?

In Japan, an apartment’s value is depreciated for tax purposes. From the moment it is new, the value is depreciated each year until the value reaches zero. The period until it reaches zero is called its service life. For reinforced concrete apartment buildings, the depreciation term is set at 47 years. This is only used for tax purposes as the actual physical life of the building will differ. Of course, the market value of a freehold apartment will never depreciate to zero as it will hold its land value and usage value.

So what is the physical life term of an apartment? There is no definite way to answer this question. In Europe and New York, for example, there are 100 year old apartment buildings. Japan’s first concrete apartment building was built in 1916 on Hashima Island in Nagasaki, and, although suffering serious deterioration, is still standing today.

Because Japan does not really have many examples of very old apartments, the actual life expectancy is difficult to estimate. Furthermore, apartments built today are built to very different construction methods than those used 40 to 50 years ago when the country was going through a period of rapid growth and homes were built quickly and often cheaply to meet the surge in demand.

Concrete is said to have a physical life of between 60 ~ 100 years on average, but the actual useful life of a building will depend on how well it is managed and how it is used.

*The Uenoshita Apartment was the last remaining “dojunkai” series of government housing projects which were constructed between 1926 and 1934. Yotsuya Co-Plus was the first privately developed condominium apartment building in Japan.

— What happens when an apartment building becomes old and needs rebuilding?

According to the apartment ownership law, more than 4/5ths of the building association members must agree to rebuilding. However, when the residents are senior citizens, have an emotional attachment to the building or are not well-off financially, getting enough residents to agree to rebuilding can be very difficult.  In actual fact, there are only a small number of reconstruction cases in Japan and the majority of them were the result of the rebuilding in Kobe following the 1995 earthquake.

Once the residents do agree to reconstruction, the reconstruction costs will typically come out of the building’s repair fund. If the construction costs exceed the amount in this fund, each apartment owner will have to pay the excess. The fee per apartment owner will depend on their ownership portion of the building and land. For buildings that are currently well below the maximum allowable building size for that area, the excess space can be sold to a developer and the individual apartment owners may not have to pay anything themselves. This kind of situation may only account for 1% of the cases.

Those that oppose the redevelopment will be bought out by the building owners association.

— What if the developer or construction company has since gone bankrupt?

Apartments have a 10 year warranty against major defects. Once a building is more than 10 years old, the original developer or construction company is no longer liable for major defects so whether they are bankrupt or still operating no longer matters.

Of much more importance is the building management association and how they have been maintaining the building over the years. The management company should provide a record of past minutes from association meetings as well as a history of building repairs and repairs scheduled for the near future. Any potential apartment buyer should ask for copies of these documents before their purchase. It is a good sign if large-scale repair work has been done to the building in the first 10~12 years following completion.

You should also find out how much money is currently in the repair fund. Large-scale repairs to a big apartment building can cost in the tens of millions of Yen (or several hundred million Yen for a high-rise), so a repair fund for an ageing apartment building with 10 or 20 million Yen may be insufficient and could mean that the building will never be maintained properly, or if it does, each apartment owner will face a heavy financial burden.

— Are old apartments safe in earthquakes?

There have been three major changes to earthquake-building codes in Japan, and thus apartments can be divided into three different building standards. The first was pre-1971, the second was 1971-1981, and the third and current standard was introduced in 1981 and is called “shin-taishin“. The 1995 Hanshin Earthquake showed a clear difference in damage sustained to buildings built during the above three periods, with pre-1971 buildings suffering the most damage.

It is important to consider not only the building construction but also the stability of the ground underneath the building as this will have an influence on the safety of the building in an earthquake. Weaker ground and land made from reclaimed ocean or riverbeds will amplify the shaking during an earthquake and increase the risk of damage.

Structurally, the type of buildings where the 1st floor has pillars and open carparking (called soft first floor buildings) have the highest risk of sustaining damage in an earthquake as the first floor can be crushed by the floors above. The following is a table showing the percentage of buildings in Kobe that suffered moderate to severe damage during the 1995 Hanshin Earthquake. It is interesting to note that 40% of the buildings built prior to 1971 with soft first floors suffered serious damage, while only 7% of the normally constructed buildings suffered damage despite being the same age.

— Are there any tax advantages to buying old?

When buying a house, there are income tax deductions that apply to home-loan borrowers. These deductions apply to mortgages against properties less than 25 years old. However, the lower price that you may get for an older property may offset any potential tax deductions you get from buying a more expensive newer property.

— What does it mean when the building is considered non-compliant (kison-futekikaku)?

This can be a problem for buildings that need to be reconstructed. Many of the cases of non-compliant buildings are due to changes in the building-capacity allowance (yosekiritsu), which means the new building cannot be built to the same size and there would be fewer apartments or smaller replacement apartments. One popular example is the “Co-Op Olympia” apartment building in Harajuku. Another example is the relatively new “Park Court Jingumae” building, also in Harajuku.

Building and zoning laws change every year, so even if you buy a brand new apartment this year, the laws may change and your building may become non-compliant in the future.