Katsuyama City in Fukui Prefecture has given up on their attempt to auction off a foreclosed pagoda and temple property due to a lack of buyers.

The Daishiyama Seidaiji Temple was built in 1987 by the founder of a Kansai-based taxi company and so called ‘Kansai Taxi King’ with a total investment of 38 billion Yen. The pagoda alone cost 2.7 billion Yen to construct. The 75-meter tall pagoda is said to be the tallest five-storied pagoda in Japan, while the 17 meter tall seated Buddha is also the largest of its kind in the country.

Although consecrated, the temple was originally built as a tourist attraction. Entrance fees were first set at 3,000 Yen, later dropping to 1,000 Yen before hitting 500 Yen in 2008. Visitor numbers were lower than forecast, while the retail shopping street leading up to the temple had just one tenant.

This was one of several of the taxi company president’s grandiose plans for Katsuyama City, which also included a hotel and a  57-meter tall replica castle. The Katsuyama Castle Museum, which resembles Himeji Castle, is the tallest castle tower in Japan.

Between 1996 and 2014, the property owners had amassed large debts to the city for corporate inhabitant tax and property tax. The company was also accused of failing to report taxes by the National Tax Agency and hit with a tax penalty of 21.3 billion Yen in 2002, which led to the foreclosure of the company’s assets, including this temple. The taxi company later filed for bankruptcy in 2008 with debts of 24 billion Yen.

In 2002, the company donated the Buddha statue and great Buddha hall to a religious organization, while retaining ownership of the remainder of the property. The remaining buildings, including the pagoda, retail shops, and 36,000 sqm of land were first foreclosed by the city in 2007 and put up for public auction with a minimum bid set at 3.5 billion Yen. There were no bidders. The city attempted a total of 9 public auctions, none attracting a successful bid.

A revision to the National Tax Collection Act in 2014 allowed the cancellation of foreclosure proceedings on debts that were considered unrecoverable, allowing the city to start proceedings for debt disposal earlier this year. The city was also concerned that the ongoing foreclosure auctions were inhibiting the operations of the Seidaiji buddhist hall located within the property. 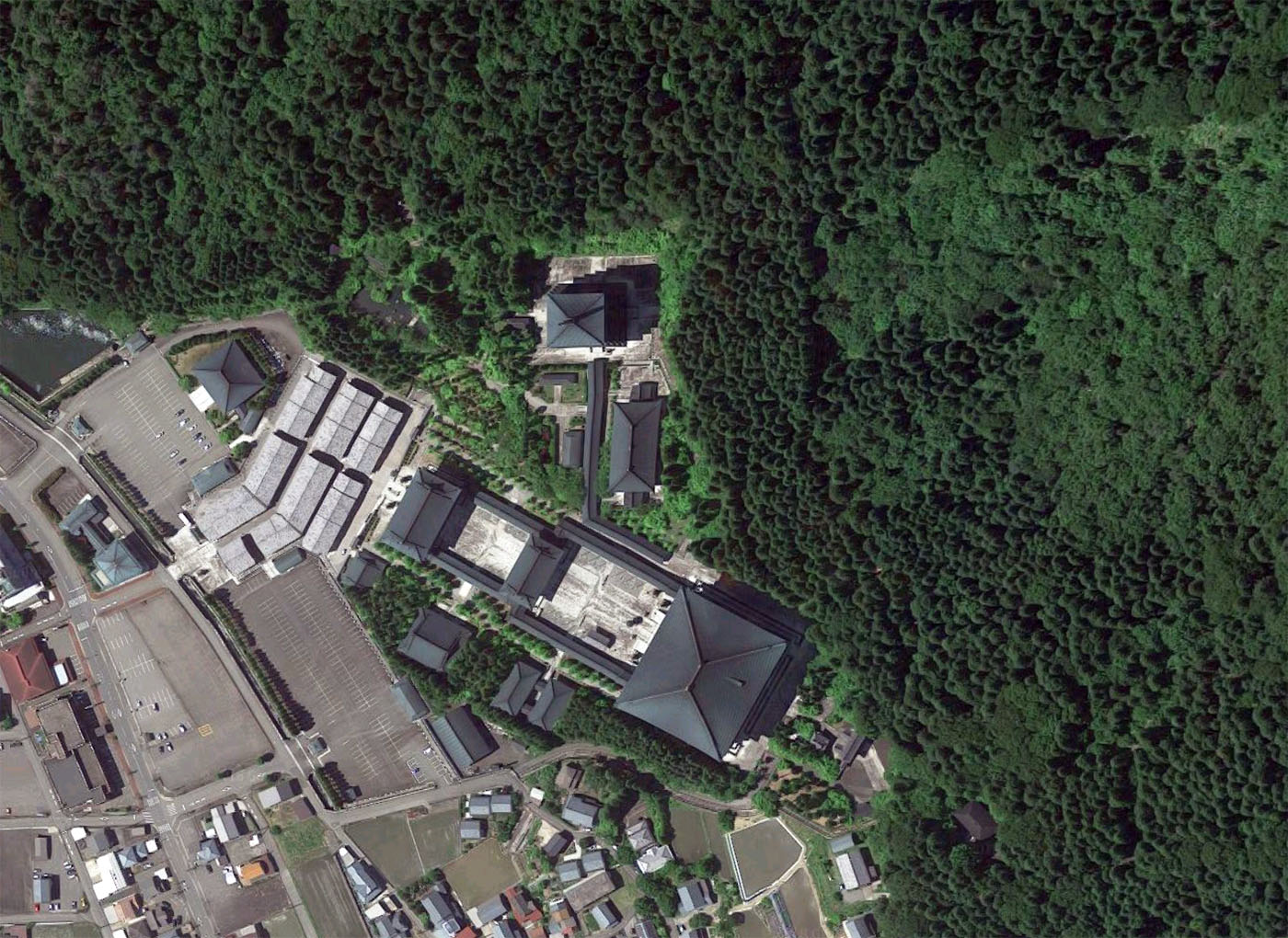