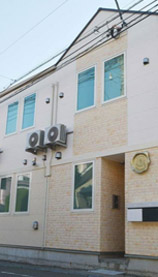 The scandal surrounding a failed share house developer continues to grow this month as more information about dodgy spruiking tactics and falsified documents comes to light. As many as 700 investors from a single share house developer are facing potential bankruptcy, but the number of victims could easily rise as other investment-spruiking companies are put under the spotlight.

A lawyer representing a class action by investors against the Tokyo-based share house company alleges that the inflated price of the share houses sold to investors was determined by the maximum amount that the bank was willing to lend a buyer, rather than the true market price. A gross return was 8 ~ 9% was then applied to the sale price, even if it was higher than the market rent. The buyer would buy under the assumption that they could rely on stable, guaranteed rents that would provide them with a cash surplus each month. The high yield was only possible because the share house operator was providing a rental guarantee that far exceeded the rent they were receiving – causing the operator to lose money each month.

A fully-leased share house with 10 rooms might have brought in 340,000 Yen/month to the operator, but in order to show the appearance of a high yielding asset, the guaranteed rent paid by the operator to the property owner was 690,000 Yen/month. The loss to the operator could easily be offset by constantly selling overpriced properties to new investors. However, when the source of financing offered by a regional bank dried up suddenly in late 2017, the operator had trouble attracting new investors to the scheme, causing funds to dry up rapidly.

At some point along the purchase process, the documents submitted to the bank to obtain loans for the investors were fraudulently altered to show an investor had more cash than they truly did. Scans of bank statements often had one or two extra zeros added, along with fake entries showing transfers of deposit payments. Investors were unaware of this, and those at fault are not willing to come forward. It has been suggested that the fake bank statements may possibly have been photoshopped by staff at the real estate agencies and sales companies that act as intermediaries to sell these share houses to investors.

In a typical loan process, the bank will ask for copies of the contract of sale documents that clearly show any deposits paid to the seller. If these were truly no-money-down loans – something that many of these investment seminars advertise to entice buyers – a bank would immediately find out and question the original bank statements they received. However, if the real estate broker had altered the contract of sale documents to show a deposit had been paid to satisfy the lending requirements, that real estate company may have violated the Real Estate Transaction Act and could face stiff penalties if caught. Some of these brokers have already started hiding their tracks, with an investigation by Tokyo Shoko Research finding one company involved in the sale of these share houses had shifted its office from Chiyoda ward to a serviced office in Minato ward about the same time that an investor had filed a lawsuit against them. Upon visiting the serviced office that housed the sales brokerage, a staff member at the new location refused to provide the company’s new phone number or details on why they relocated.

A large majority of the loans to the investors were made through a Suruga Bank branch in Yokohama. A damning report into the bank’s practices released by the Asahi Shimbun newspaper in the evening of April 17 saw Suruga’s share price plummet by almost 20% over the course of the following day – the biggest drop seen since 1975. The year-to-date decline is down 48%. The newspaper reported on more fraudulent loan applications involving the bank and a different real estate investment company in Tokyo, one that states a company vision of ‘transforming the smudged reputation of the real estate industry’ on its home page. Documents obtained by the paper showed an investor’s bank statement had been falsified to show a balance of more than 10 times the true amount. The investment company denies involvement in the document falsification, while the broker that the buyer submitted their original documents to has since moved their office.

If it can be proven that both the real estate brokers and bank were well aware of this scam, victims may have a chance of getting their loans cleared, and the overvalued properties handed over to the bank. However, if the bank was also a victim of the scam, the investors are likely to have to find a way to pay off the high-interest loans or declare bankruptcy.