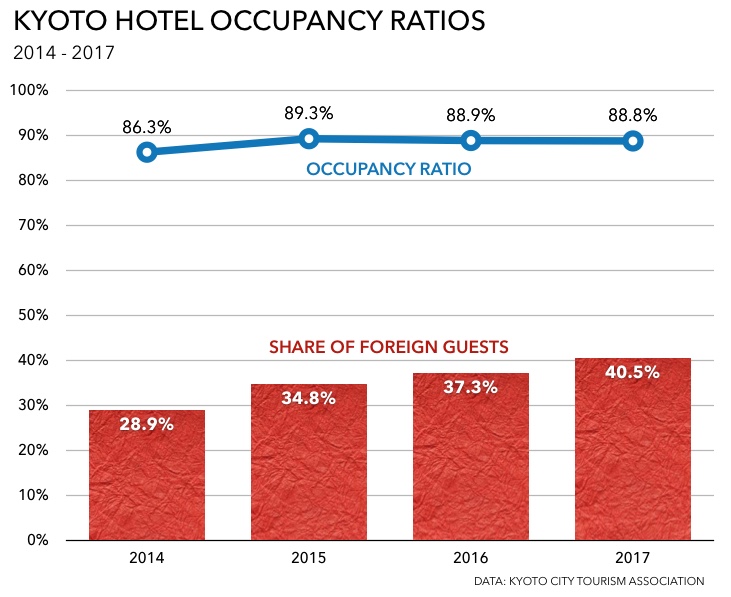 A survey of 36 leading hotels in Kyoto has found that the percentage of foreign guests has exceeded 40% for the first time since reporting began in 2014. According to the Kyoto City Tourism Association, the share of foreign guests in 2017 was 40.5%, up 3.2 points from 2016. The busiest season for foreign tourists was April, with a share of 50.9%, up 5.3 points from the previous year.

The revenue per available room (RevPAR) in Kyoto City was up 3.7% from 2016 and the highest increase in the country. Tokyo saw an increase of 1.9% while Osaka saw a drop of 1.0%.

Kyoto City welcomes around 55 million tourists each year. The busiest month is November which typically has over 6 million visitors. The popularity of the historic city has led to a hotel construction boom to capitalize on the growing tourism industry. There are an estimated 12,000 new hotel rooms to be supplied by 2020, a 40% increase from 2015 and more than enough to cover the anticipated room shortage.