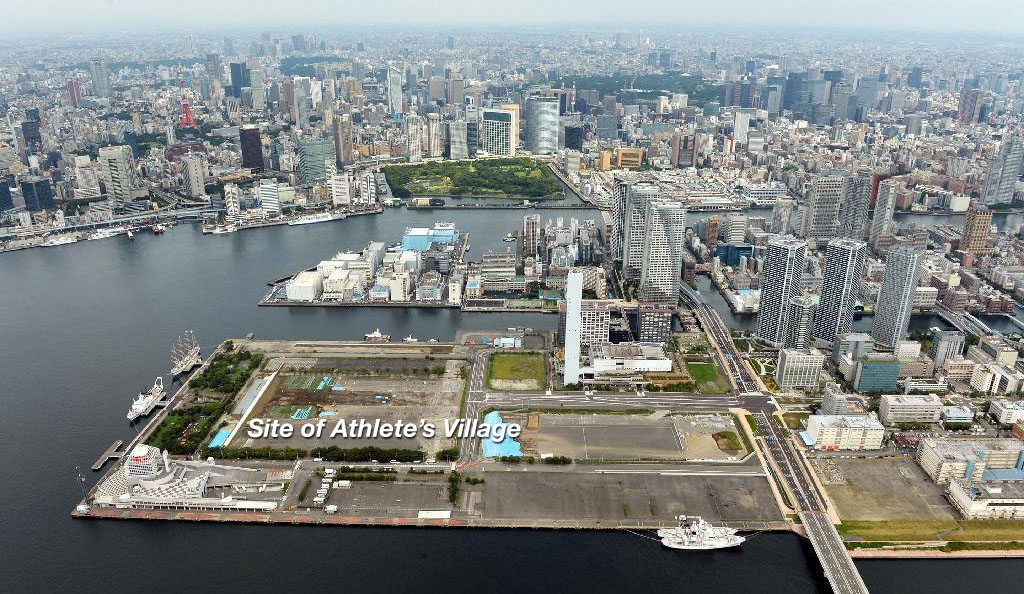 According to a medium-term forecast by the Japan Real Estate Institute, the price of brand new apartments in Tokyo’s 23 wards is expected to shift to a downwards trend from 2021. This would coincide with the release of the apartments built for the 2020 Olympics Athlete’s Village onto the market. 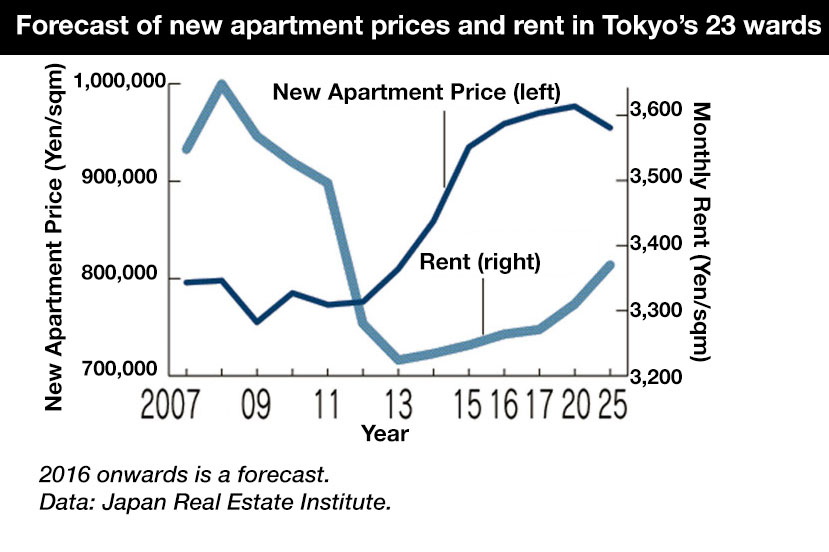 Record low borrowing costs and a future increase in consumption tax is expected to contribute to last minute demand from buyers looking to lock-in lower interest rates and lower purchase taxes, since consumption tax is charged on the building portion of new apartment sales.

The Institute forecasts that new apartment prices are expected to peak at 977,000 Yen/sqm in 2020, before falling to 955,000 Yen/sqm by 2025, which is a very similar level to current prices in 2016. The forecast was based on the assumption of a continued low economic growth rate and a shrinking working-age population even in major urban areas. In Tokyo’s bayside area, apartments in the Athlete’s Village are expected to push prices down as the large supply of units are released on the market after the 2020 Olympic games have finished. As many as 5,650 apartments are expected to be built in the village.

Unlike the sale prices, rents have not recovered from the onset of the global financial crisis in 2008. The Institute expects that there is some room for an increase in rent, especially with the increase in the number of dual-income households.

The data is based on information supplied by real estate companies and listing sites and focuses on brand new apartments sized from 40 ~ 80 sqm (430 ~ 861 sq.ft).