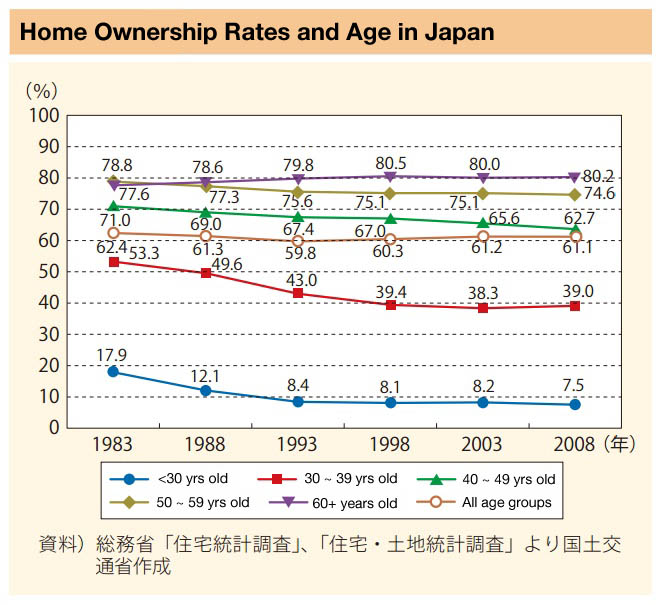 On July 2, the Ministry of Land, Infrastructure, Transport and Tourism (MLIT) released their 2012 White Paper. The theme of the report explored the living situations and demographics of Japan’s younger generation.

For those under the age of 40, however, home ownership rates have been declining. 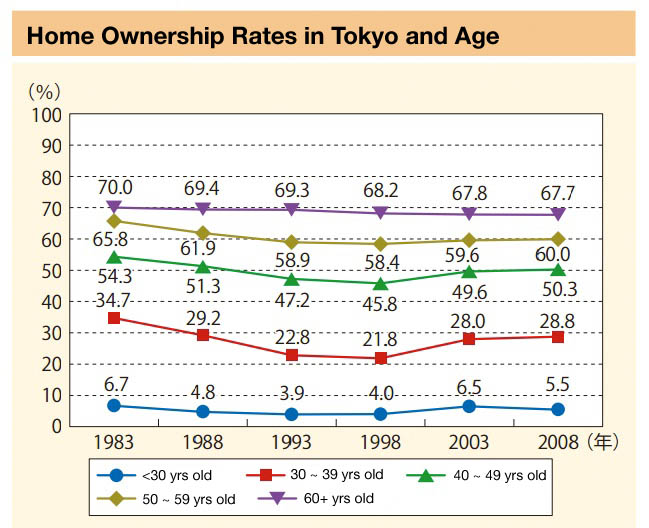 In 1990, the average apartment price was 9.2 times the average annual income of someone under the age of 30. For those in their 30s, the ratio was 7.8 times.

Following the collapse of the bubble economy, house prices and incomes fell. By 1998, the price-to-income ratio for someone under 30 was 7.2 times, and 5.5 times for someone in their 30s.

Since then, property prices have risen while income levels have declined. The average price-to-income ratio in 2011 for someone under 30 was 8.7 times, and 6.8 times for someone in their 30s. 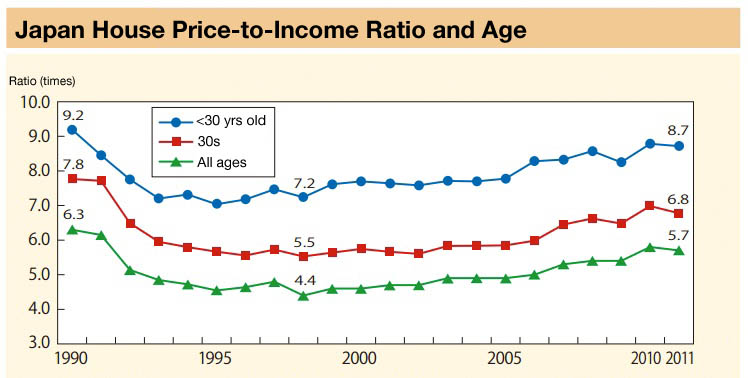 Mortgage repayments and rent as a percentage of disposable income 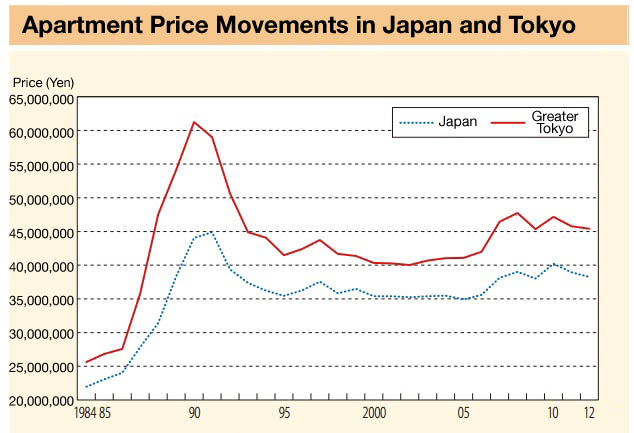 Home loan interest rates reached 8.5% during the bubble in 1990, but by 1998 they had fallen to 2.5% and have remained around this level since then. 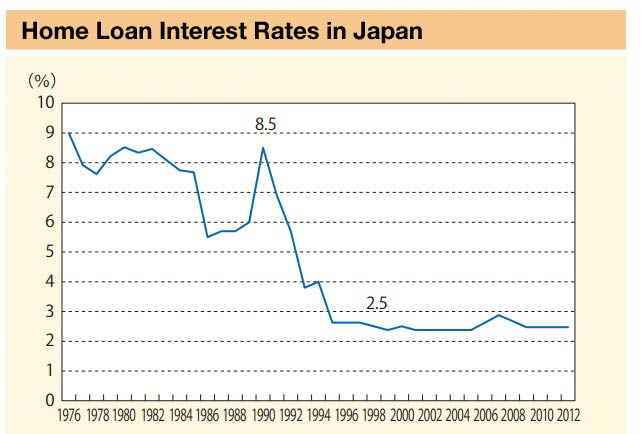