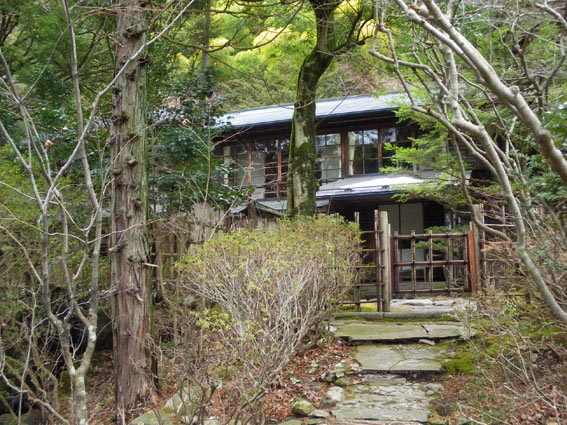 The original 350+ year old Nikko Kanaya Hotel has been foreclosed on and is up for auction with a minimum bid set at 25 million Yen (320,000 USD). The house was originally built as a samurai residence in the Kan’ei era (1624-1644).  At the beginning of the Meiji era, James Curtis Hepburn, a Christian missionary who created the Hepburn romanization system for Japanese, stayed at the home, which was then the residence of Zenichiro Kanaya. Mr. Hepburn  suggested that the owner use his home as an inn for foreigners. The house soon became a popular spot for foreign guests and became known as “Kanaya Cottage Inn” and was later re-named “Kanaya Hotel.”

In 1893, Mr. Kanaya bought the ‘Mikado Hotel’ which was was in the midst of being completed and converted it into the current Nikko Kanaya Hotel. The new hotel is located 1 kilometer to the west of this home. 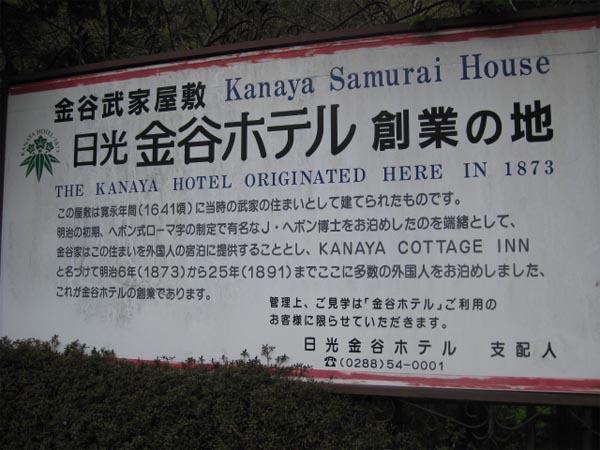 Isabella Bird, a 19th century English explorer, writer and historian, stayed at the Inn during her visit to Nikko in 1878.

In the past it was used as a sightseeing spot for hotel guests, but due to deterioration it is no longer open to the public. The buildings are currently being maintained by a live-in caretaker hired by the hotel. The grounds include a storehouse, shed and a pond. The rear of the property backs onto a bamboo grove.

Despite its famed history in Nikko, the property is not heritage listed.