Mitsui Fudosan Residential, Marubeni and Mori Building have announced plans for a 58-storey hotel and condominium for downtown Yokohama. The 199.95m tall tower will contain approximately 1,200 apartments, with a hotel occupying several of the upper floors. Construction is scheduled to start in October 2016, with completion by January 2020. This will be the largest residential project over 100 meters tall in Yokohama since 2000.

END_OF_DOCUMENT_TOKEN_TO_BE_REPLACED

The Kanto Gakuin Junior High School has decided to tear down their 87-year old former main building due to age and deterioration.

Built in 1929, the Norman-style building was designed by American architect J.H. Morgan (1868-1937). It was built from reinforced concrete and is 3 storeys with 1 basement. The interior has classrooms and a chapel. It was in use until 2009.

The school principal said that the school and wanted to preserve the historic building but a structural inspection found that the concrete and steel reinforcing was showing significant deterioration. In accordance with guidance from Yokohama City, the school has no choice but to move ahead with demolition.

The building did not appear to show any significant damage from the 2011 Tohoku Earthquake.

END_OF_DOCUMENT_TOKEN_TO_BE_REPLACED 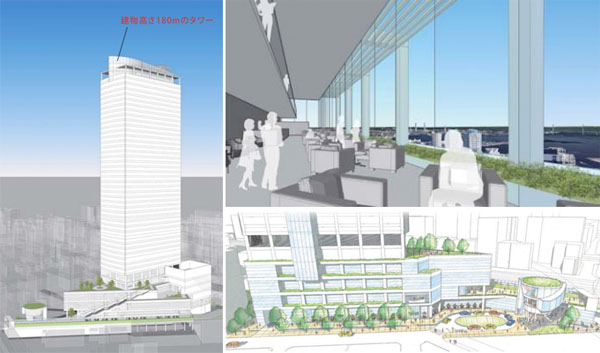 Plans are firming up for a 180 meter tall high-rise residential tower near Yokohama Station specifically targeting foreign residents. This would be the first project to make use of the national government’s special allowance for residential building volume ratios that are available in Strategic Special Zones.

Draft plans have already received approval from the government and construction is scheduled to start in 2018, with completion in 2021.

END_OF_DOCUMENT_TOKEN_TO_BE_REPLACED 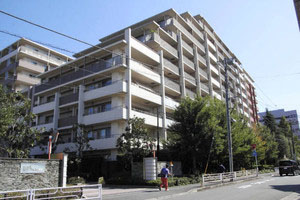 On October 14, the Nikkei Shimbun reported that an 8-year old, 12-storey condominium in Yokohama’s Tsuzuki Ward was starting to lean due to insufficient foundations. The construction company, Sumitomo Mitsui Construction Co., saw share prices slide by 30% yesterday morning after the news was announced.

The residential complex has four buildings and 700 apartments. In late 2014, residents noticed that the handrails in one of the building’s corridors was 2cm higher than the corresponding ones from the connecting building, while there was a 1.5cm gap between the floors.

END_OF_DOCUMENT_TOKEN_TO_BE_REPLACED 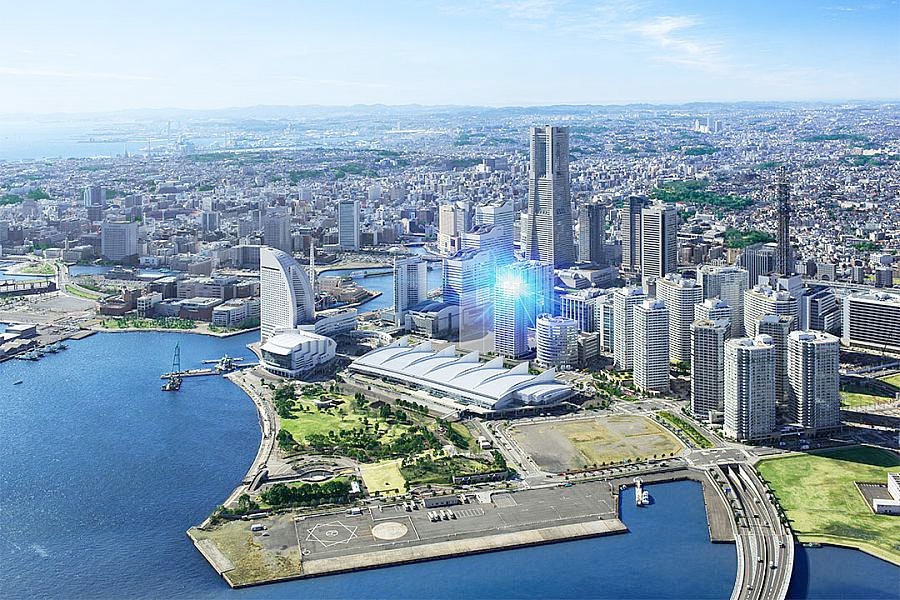 Branz Tower Minato Mirai’s sales office received over 6,000 inquiries before sales started, and all 150 apartments offered for sale in the first round of sales last month received purchase applications on the first day. An average of 2.4 applications were made on each apartment, with the most popular apartment receiving 19 applications. The building is now 75% sold.

END_OF_DOCUMENT_TOKEN_TO_BE_REPLACED

The historic former Kanto Local Finance Bureau building in downtown Yokohama will re-open in 2016 as a restaurant and shared office space after undergoing restoration and renovations.

The heritage listed property was built in 1928 and was originally the Yokohama ranch office of Nihon Menka – a raw cotton importer that is now Sojitz Corporation. It was temporarily confiscated by the US during the occupation in 1952, before being sold to the national government in 1954. From 1960 it was used as the Yokohama branch of the Ministry of Finance.  Yokohama City acquired the 4-storey concrete building in 2003.

In August 2014, Yokohama City started an appeal to find suitable uses for the building. The Yokohama DeNA BayStars baseball team were selected out of nine applicants to manage and operate the building.

END_OF_DOCUMENT_TOKEN_TO_BE_REPLACED 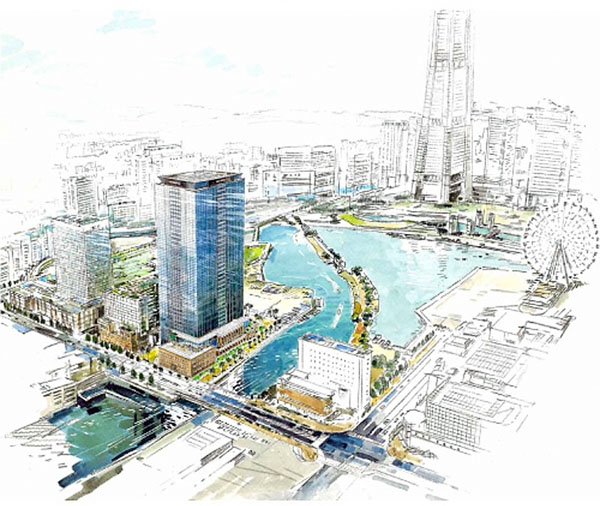 APA Group will be developing a 37-storey hotel on a waterfront site in downtown Yokohama. With 2,400 guest rooms and a total floor area of 58,000 sqm, this hotel will have the highest room count in a single building in Japan.

END_OF_DOCUMENT_TOKEN_TO_BE_REPLACED 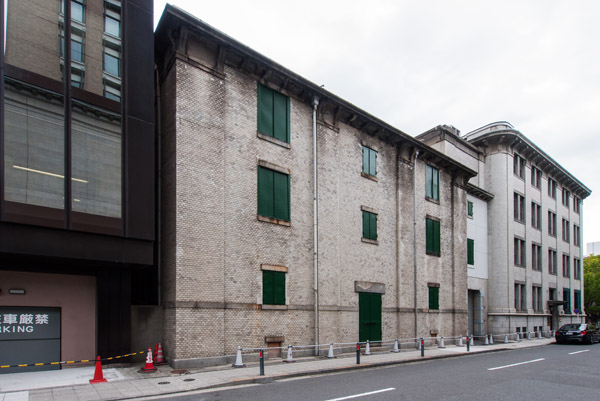 Despite the best efforts of architects and historians from across the country, the owner of the Former Mitsui Bussan Yokohama Warehouse in downtown Yokohama is pushing ahead with demolition.

On November 5, a notice was posted outside the 104-year old building indicating the start of demolition. The building will be completely razed by mid-February 2015. The owner, Tokyo-based real estate and expat leasing company Ken Corporation, has ignored pleas from various preservation groups.

The Former Mitsui Bussan Yokohama Warehouse was designed by Oto Endo and built in 1910. Endo was a pioneer in designing reinforced-concrete buildings and this was one of the earliest structures in Japan to incorporate RC in the construction. He also designed the adjoining Mitsui Bussan Yokohama Office Building in 1911, which was the first building in the country to be built entirely out of reinforced concrete. The two buildings formed an important part of Yokohama’s silk trade, and the warehouse was used for the storage of silk.

END_OF_DOCUMENT_TOKEN_TO_BE_REPLACED

A local outcry has erupted after it was discovered that Minato-ku based real estate and expat leasing company, Ken Corporation, is considering demolishing the 104-year old Former Mitsui Bussan Yokohama Warehouse in Nihonodori, Yokohama.

END_OF_DOCUMENT_TOKEN_TO_BE_REPLACED 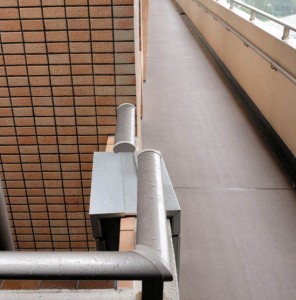 It has been a month since news came out about a 11-year old apartment building in Yokohama that was starting to tilt due to a construction mistake.

The building’s owners association have been fighting with developer, Sumitomo Realty & Development, for several years over the issue. Last month it was announced that Sumitomo had asked the residents to move out and are in the process of arranging temporary accommodation.

Built in 2003, Park Square Mitsuzawa Koen is a five-building complex containing 262 apartments. Three years after completion, residents noticed that the guardrails in the hallway connecting one building to the other were out of alignment and cracks had formed where the rails were joined together. Sumitomo insisted that this was just a result of absorbing shocks caused by earthquakes. The owners association only found out that one of the buildings was leaning after carrying out an investigation during large-scale maintenance and repair work in 2013. Sumitomo again insisted that the building was safe and that there was no problem. They also said that any repair costs should be borne by the apartment owners.