On July 1, the National Tax Agency announced the rosenka land values for 2020. Land values nationwide saw a 1.6% year-on-year increase, an improvement from the 1.3% increase seen in 2019 and the fifth year in a row to see growth.

END_OF_DOCUMENT_TOKEN_TO_BE_REPLACED

In 2019, Standard Land Prices for commercial land in Japan’s regional areas recorded a 0.3% increase – the first time positive growth has been seen since 1991.

END_OF_DOCUMENT_TOKEN_TO_BE_REPLACED 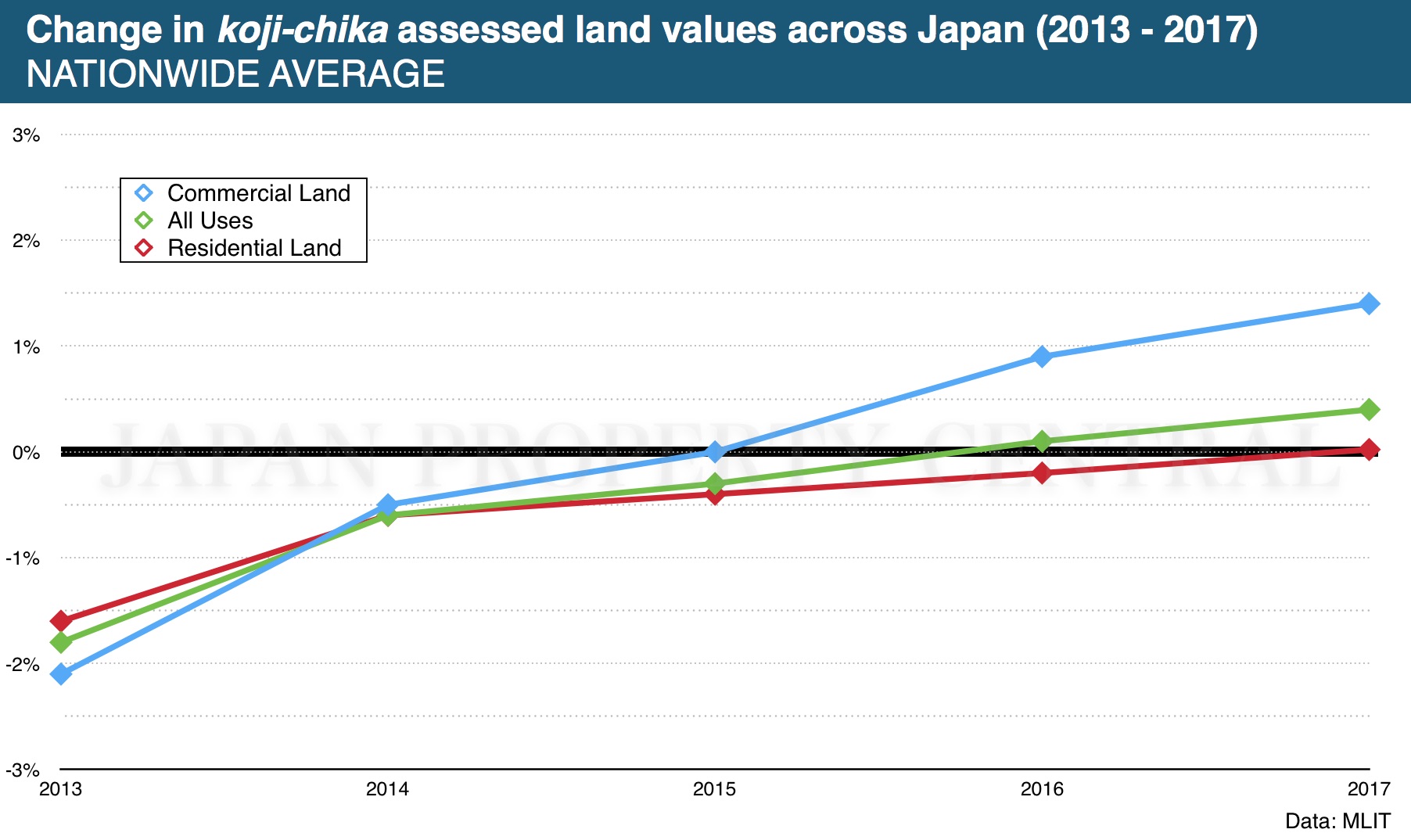 Of the 17,909 residential survey sites nationwide, 34% reported an annual increase in land values while 43% reported a decrease. The difference was particularly noticeable for land that was within walking distance to transport and shops compared to land that was further from the station and generally considered to be inconvenient. Residential land prices in regional areas decreased by 0.4%. This was the 25th year in a row to record a decrease, although the rate of decline has been shrinking for the past 7 years.