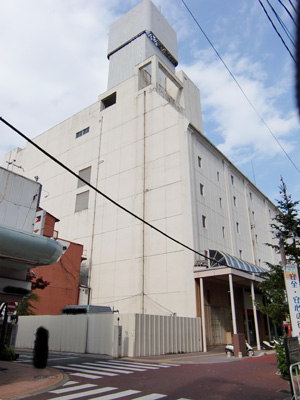 The Tokyo Branch of the National Tax Agency (NTA) had seized an office building due to the owner’s non-payment of taxes. Immediately prior to the public auction, the owner damaged part of the building and removed electrical wiring and the air-conditioning system and effectively rendered the building unusable. The auction was delayed for 3 months and re-listed at a lower price. According to the NTA, this is an unprecedented situation.

The empty 10 story building in Kofu City, Yamanashi Prefecture, was purchased in June, 2009, by a female operator of a nursing care company. The new owner planned to demolish the current building and develop an aged-care rental apartment complex, with a total estimated cost of 2 ~ 4 billion Yen (25.6 ~ 51.2 million USD). However, due to non-payment of taxes, the building was seized by the Tax Agency.

END_OF_DOCUMENT_TOKEN_TO_BE_REPLACED

This unfinished golf course spread over 32 hectares in Tochigi Prefecture is under foreclosure. The site is less than a 2 hr drive from the center of Tokyo.

END_OF_DOCUMENT_TOKEN_TO_BE_REPLACED

The unit is on the top floor of Kajima Corporation’s Toranomon Towers Residence. The corner unit overlooks Tokyo Tower and includes use of wine cellar and trunkroom. As of September, 2010, there were no unpaid management/building association fees.

END_OF_DOCUMENT_TOKEN_TO_BE_REPLACED

This road in Fukushima Prefecture has been seized by the local city and is up for public auction. The starting bid is 1,000 Yen (12 USD) for the 20sqm piece of land and asphalt. The road was built in 1973 and was designed to provide access to blocks of land for holiday villas. The management company, however, went bankrupt.

END_OF_DOCUMENT_TOKEN_TO_BE_REPLACED

The mystery of the shrouded building along Aoyama Dori is solved – it has gone into foreclosure.