The last vestige of Hotel Okura’s modernist presence is in line to be demolished as redevelopment plans surface for the Hotel Okura Tokyo’s annex (South Wing).

END_OF_DOCUMENT_TOKEN_TO_BE_REPLACED

Fashion and architecture go hand in hand, and pieces designed by some of the great designers can remain timeless for generations. Tomas Maier, the creative director of Italian fashion house Bottega Veneta, is hoping to spread awareness of some of Japan’s modernist architecture that is at risk of being demolished and lost forever. Of particular interest in Maier’s campaign is the Hotel Okura Tokyo, designed by Yoshio Taniguchi and completed in 1962, which is scheduled to close and be demolished later this year.

END_OF_DOCUMENT_TOKEN_TO_BE_REPLACED 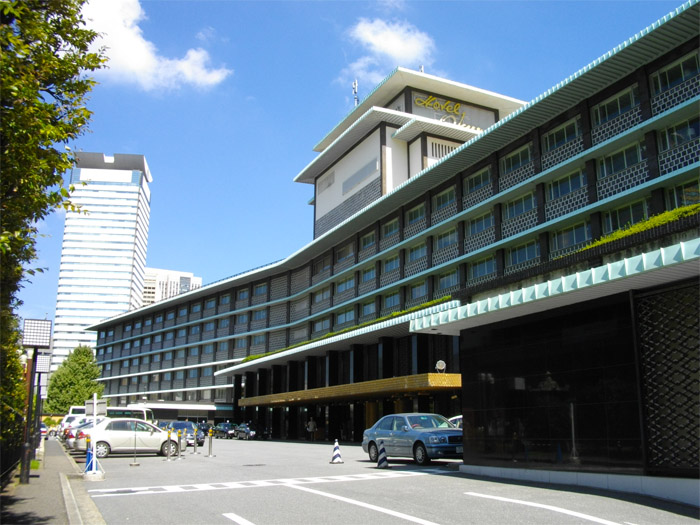 Yesterday it was announced that the Hotel Okura Tokyo in Toranomon, Minato-ku, will be redeveloped. The new hotel is expected to be completed in time for the 2020 Summer Olympics.

The current 408-room hotel was completed in 1962 – two years before Tokyo hosted the 1964 Summer Olympics. The annex building was completed in 1973. It has been a landmark hotel and has hosted numerous foreign dignitaries and VIPs, the most recent being US President Obama who stayed in the hotel during his visit to Tokyo in April.