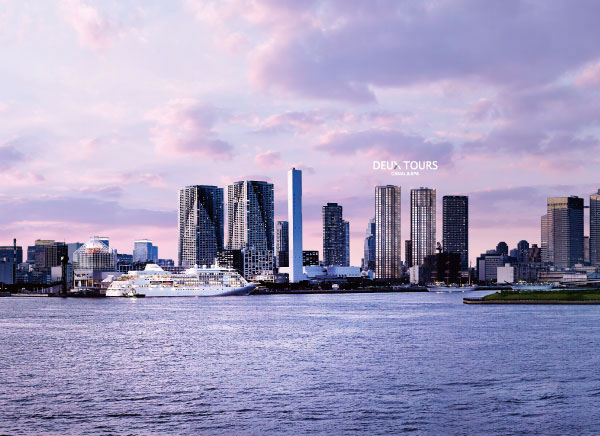 Sales were scheduled to begin in March 2014, but were delayed until April and then delayed again until early May.

Deux Tours Canal & Spa is located on the man-made island of Harumi in Chuo-ku. It will be approximately 200 meters from the Athletes Village of the 2020 Summer Olympics.

This is a large-scale project with over 1,450 apartments in two 52-storey towers. This is part of the Harumi 3 Chome West Redevelopment, which will include office buildings and a hotel. It also includes the Urban Renaissance Agency’s (UR) 49-storey ‘Bay City Harumi Skylink Tower’ – a residential tower with 793 public housing apartments completed in 2009.

It is a 5 minute walk to Harumi Triton Square, which has a supermarket and other retail facilities.

The two buildings were completed in September 2015 and were delivered to buyers from March 2016. Unsold apartments were still available for sale by 2018.

The sales representative for the development said that inquiries had doubled since the Olympic announcement. By November 2013, they had received over 4,000 inquiries from interested buyers – many who are in their 30s and 40s. The developer has increased prices since the first round of sales.

The arterial No. 2 Ring Road will run along the south-west side of the site. 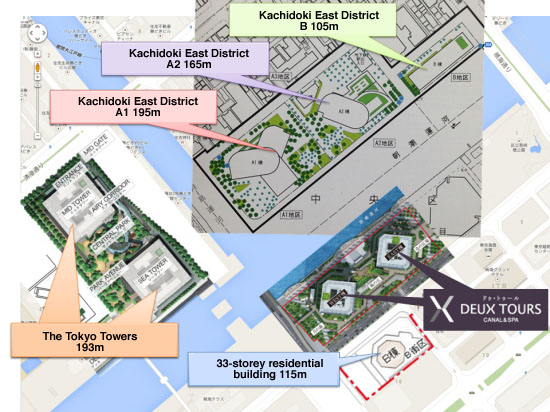 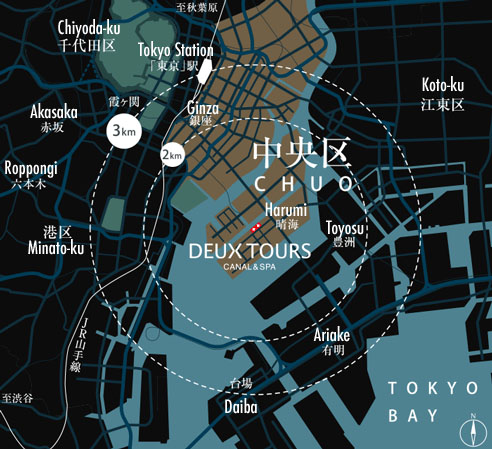