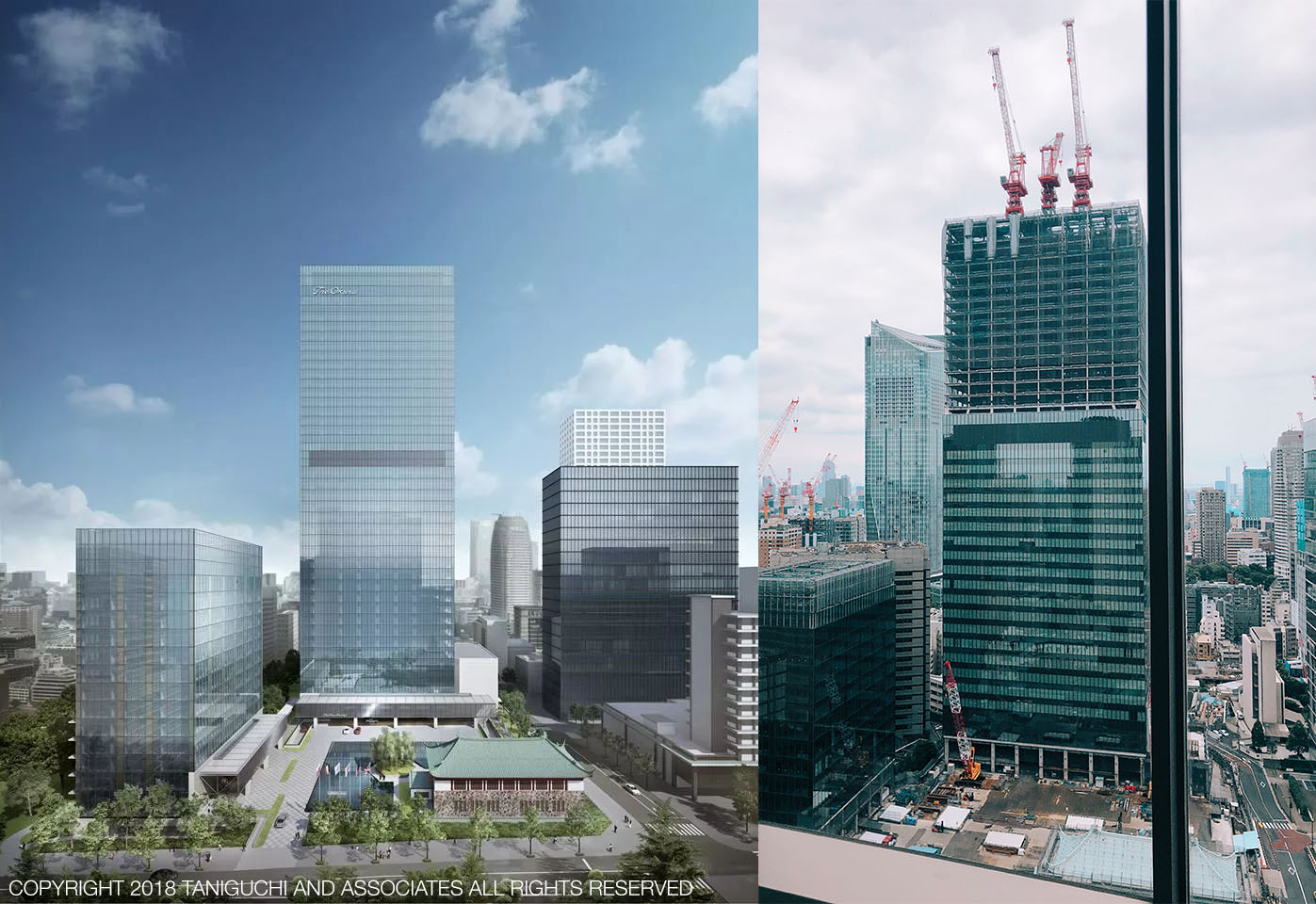 Hotel Okura has released the details on their rooms and facilities for their 110 billion Yen Hotel Okura Tokyo redevelopment. The 508-room hotel is scheduled to open on September 12, 2019.

The previous Hotel Okura Tokyo opened on this site in 1962. The 400-room hotel hosted many foreign dignitaries before its closure in August 2015. Decorations and ornaments from the former lobby will be reused in the new main lobby.