Follow our journey as we renovate a traditional machiya townhouse in Kyoto. Once complete, the renovated machiya will be offered for sale.

Some interesting things were unearthed once the 1970s interior was torn out.

The inside of an upstairs closet had some old posters from the Osaka Mainichi Shimbun and Asahi Shimbun newspapers plastered on the walls. The dates on some of the posters are from Taisho 11 (1922). The floor below this closet is being ripped out to create an vaulted ceiling above the entrance doma below. Depending on the condition of the walls, we will try to leave some of these posters as is. 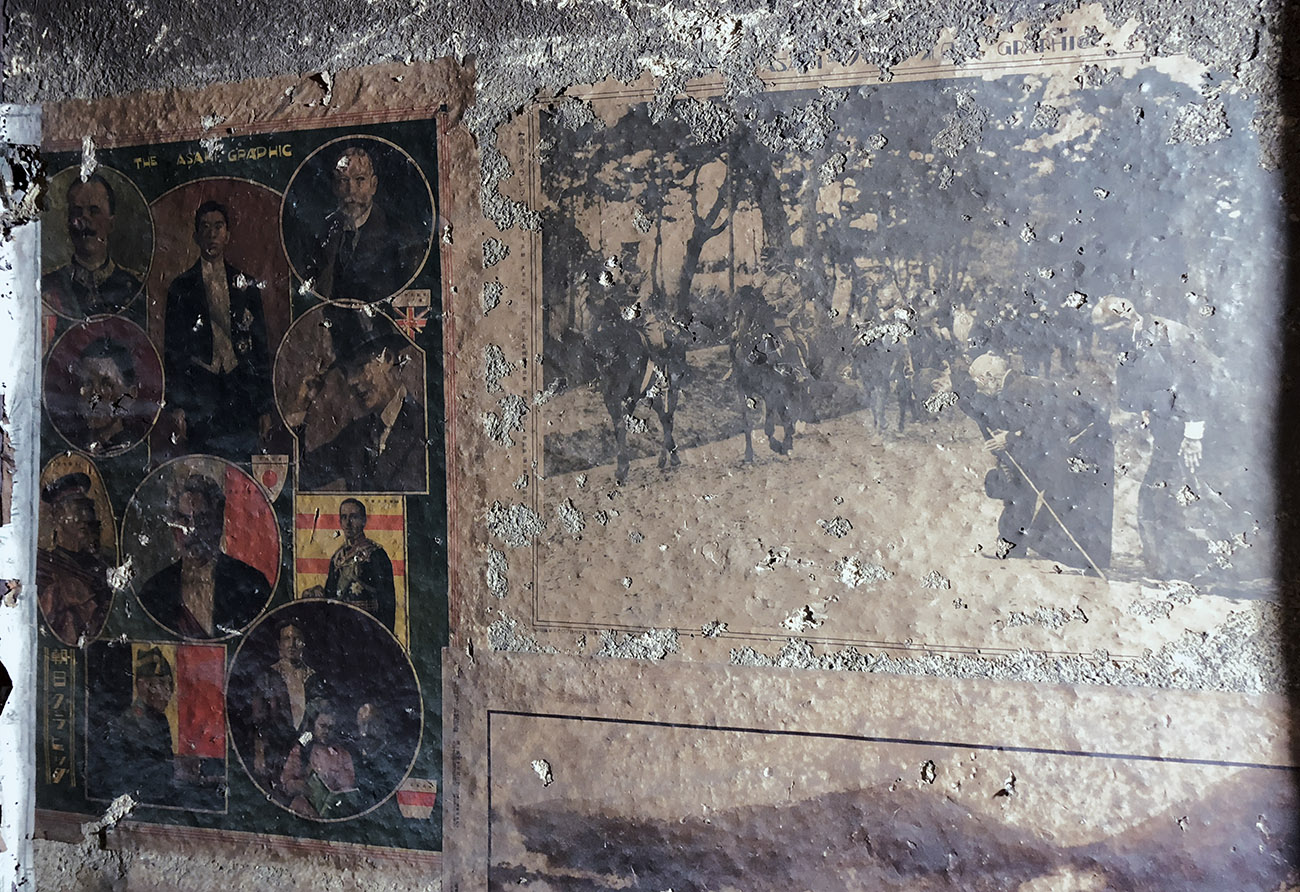 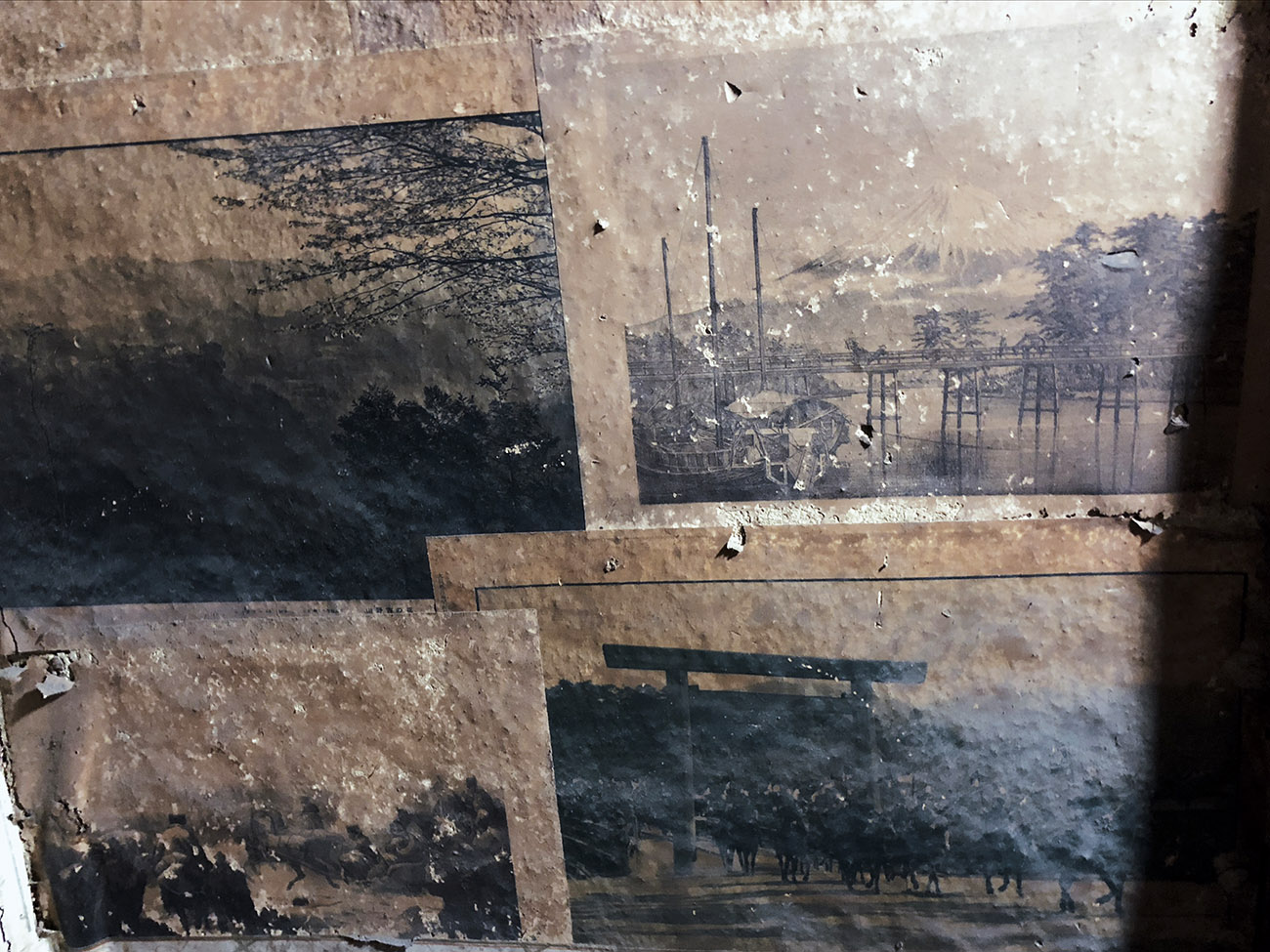 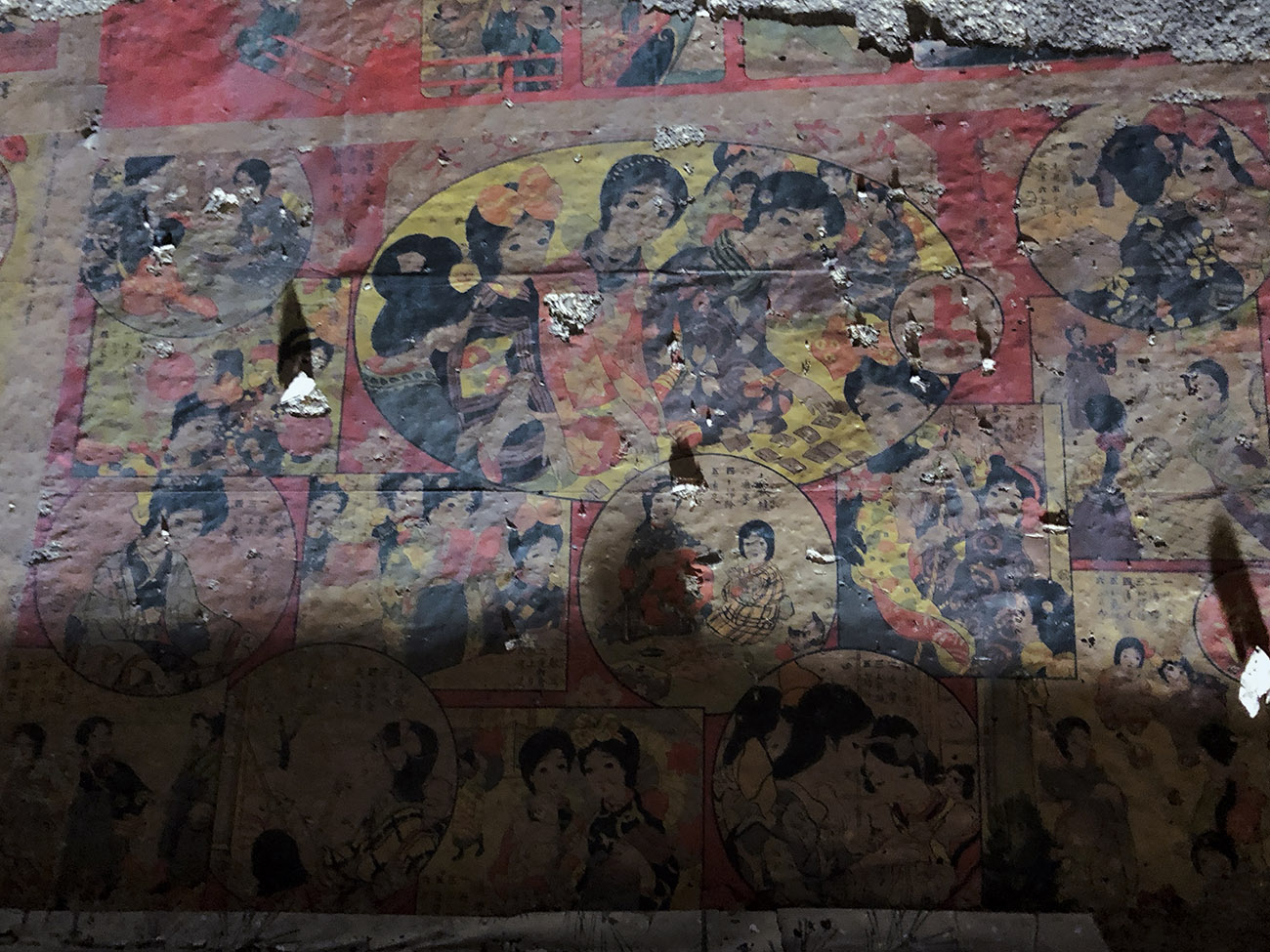 We also discovered the original mushiko-mado window intact in the same closet. This type of window is a defining feature of traditional machiya houses. The exterior had been plastered over so it is no longer visible from the street. Some of the other machiya along the laneway have had their mushiko-mado windows removed and replaced with wooden sash windows. We are looking into seeing if it can be restored.

Mushiko-mado slatted windows were seen from the late 1700s onwards and were designed to allow light and airflow into the ceiling space. During the Edo period, private citizens were not allowed to build two-storey homes, with some exceptions. To get around this rule, merchants would build homes that looked like single-storey buildings from the street but would have lofts in the ceiling to use as storage. It was also considered a major faux pas to look down on a daimyo’s procession, which was another reason that second storeys were not allowed. Mushiko-mado were small enough to allow ventilation but not give the appearance of a second floor.

In the early days many of these windows were small and had a rounded shape. From the Meiji period in the late 1800s, two-storey homes were permitted. Now that people could build taller homes, larger and more rectangular shaped mushiko-mado became more common.

The space under the bathroom floor had an old metal box that had been left behind many, many years ago. It was full of old textbooks. 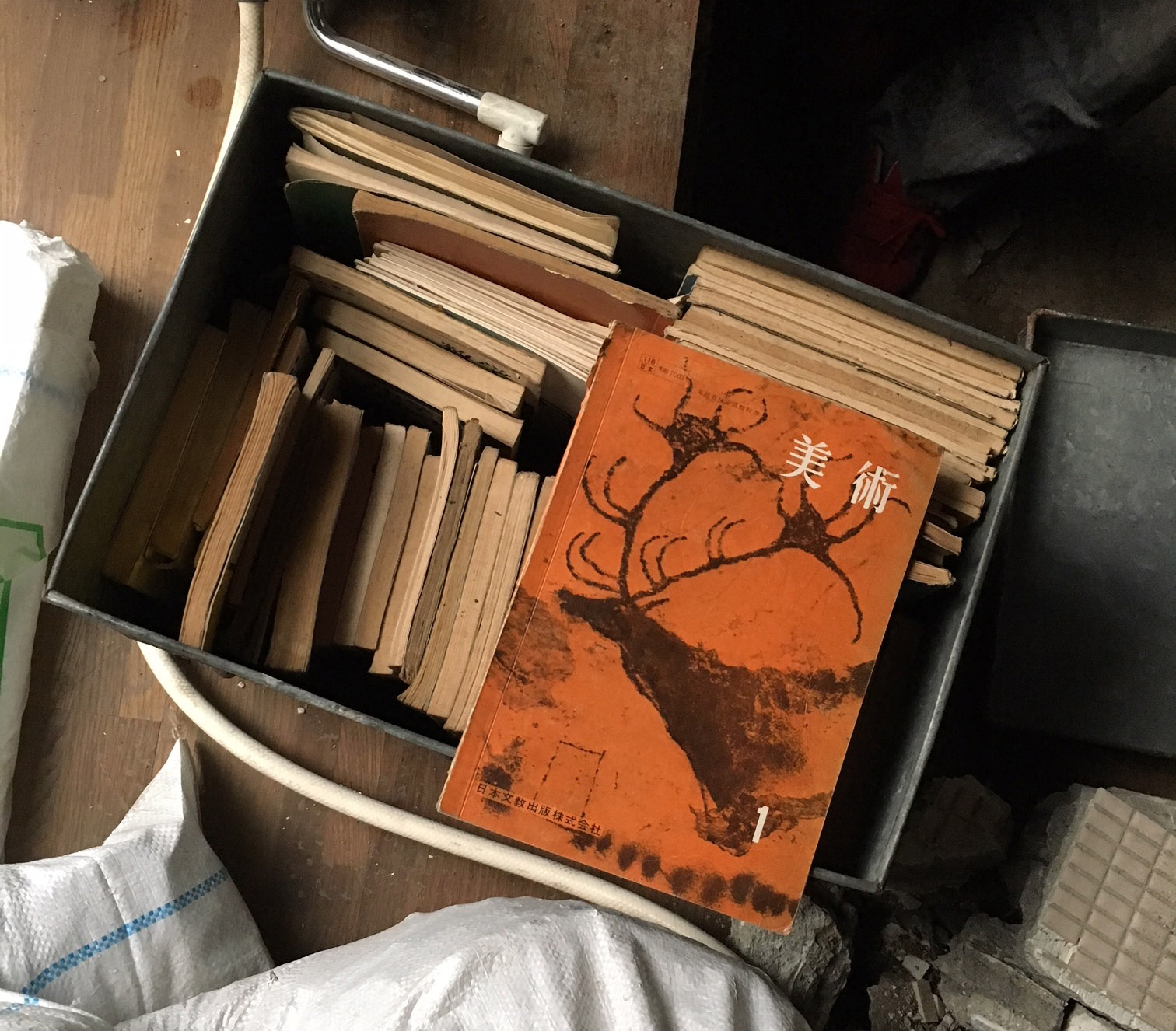