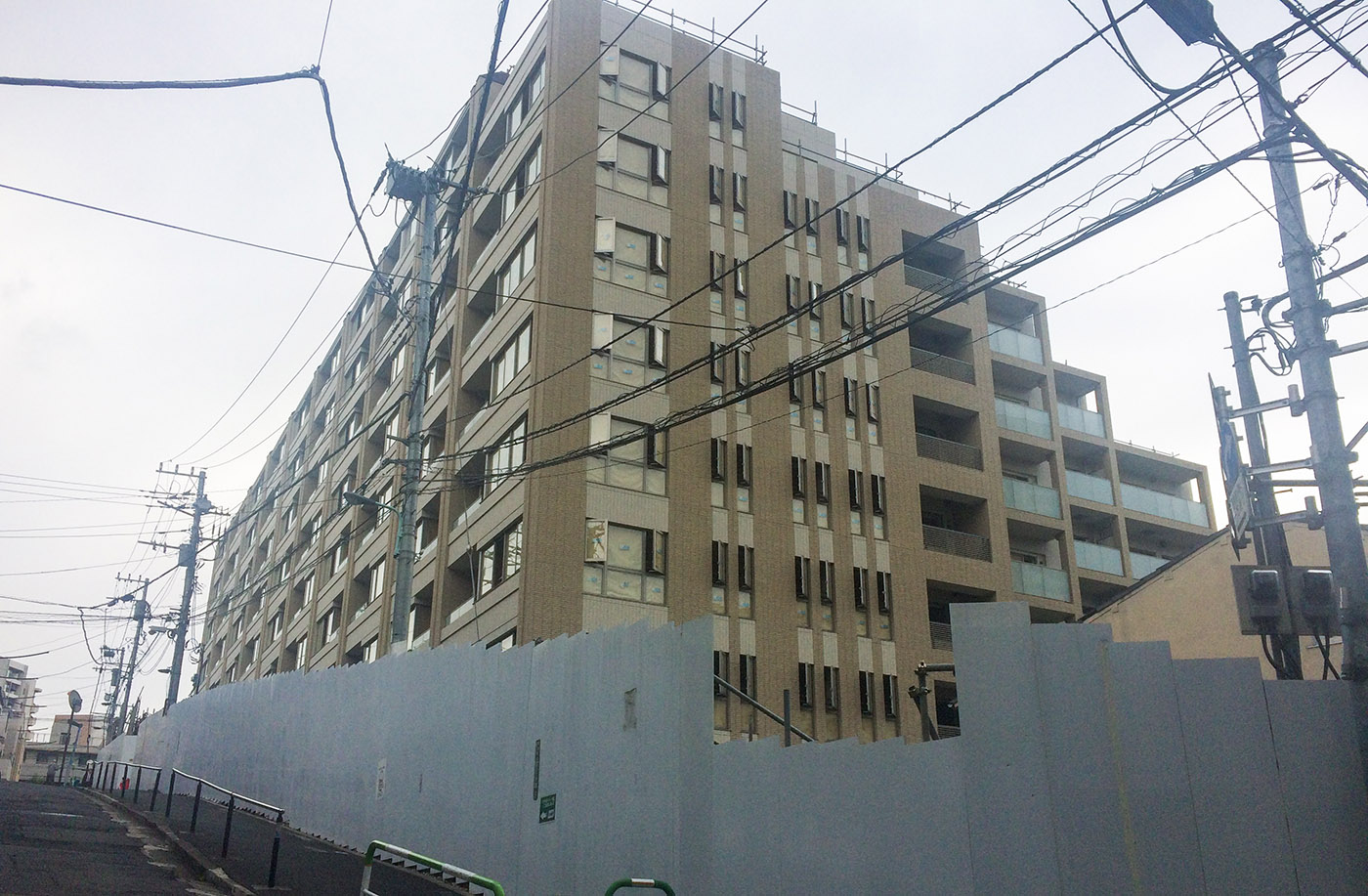 The two developers of a 107-unit condominium in Tokyo’s Bunkyo ward that lost its building permit two months prior to completion have lost their appeal against the city in a court ruling on May 24.

Construction of the 8-storey ‘Le Cinq Koishikawa Korakuen’ building began in 2013. In early November 2015, just two months prior to completion, the city revoked the building’s construction certificate due to a major design flaw, effectively halting construction. Under the Building Standards Act, multi-dwelling buildings must have emergency escape stairs providing a direct exit outdoors. This building’s emergency stairs exited into the garage, which is 2.5 meters above ground level and 19 meters from the outside.

The mistake was picked up during a site inspection by the city’s building review board, upon the request of neighbors who had been rallying against any development on that site since 2004.

After the original building permit was granted in 2012, local building height limits were lowered in 2014 from 27 meters to 22 meters. Although this does not affect construction permits issued before this date, it does mean that the developer would need to shave off the top two floors of the building if they wanted to correct the fire exit problem and obtain a new building permit.

Off-the-plan apartment sales began in late 2014 with apartments priced around 1,200,000 Yen/sqm. The most expensive apartment was a 151 sqm (1,625 sq.ft) unit priced at 260,000,000 Yen. The building was completely sold out prior to the permit being revoked. The developers had to cancel the sale contracts and spent 2.2 billion Yen (approx. 20 million USD at the time) compensating buyers, as per the sales agreements.