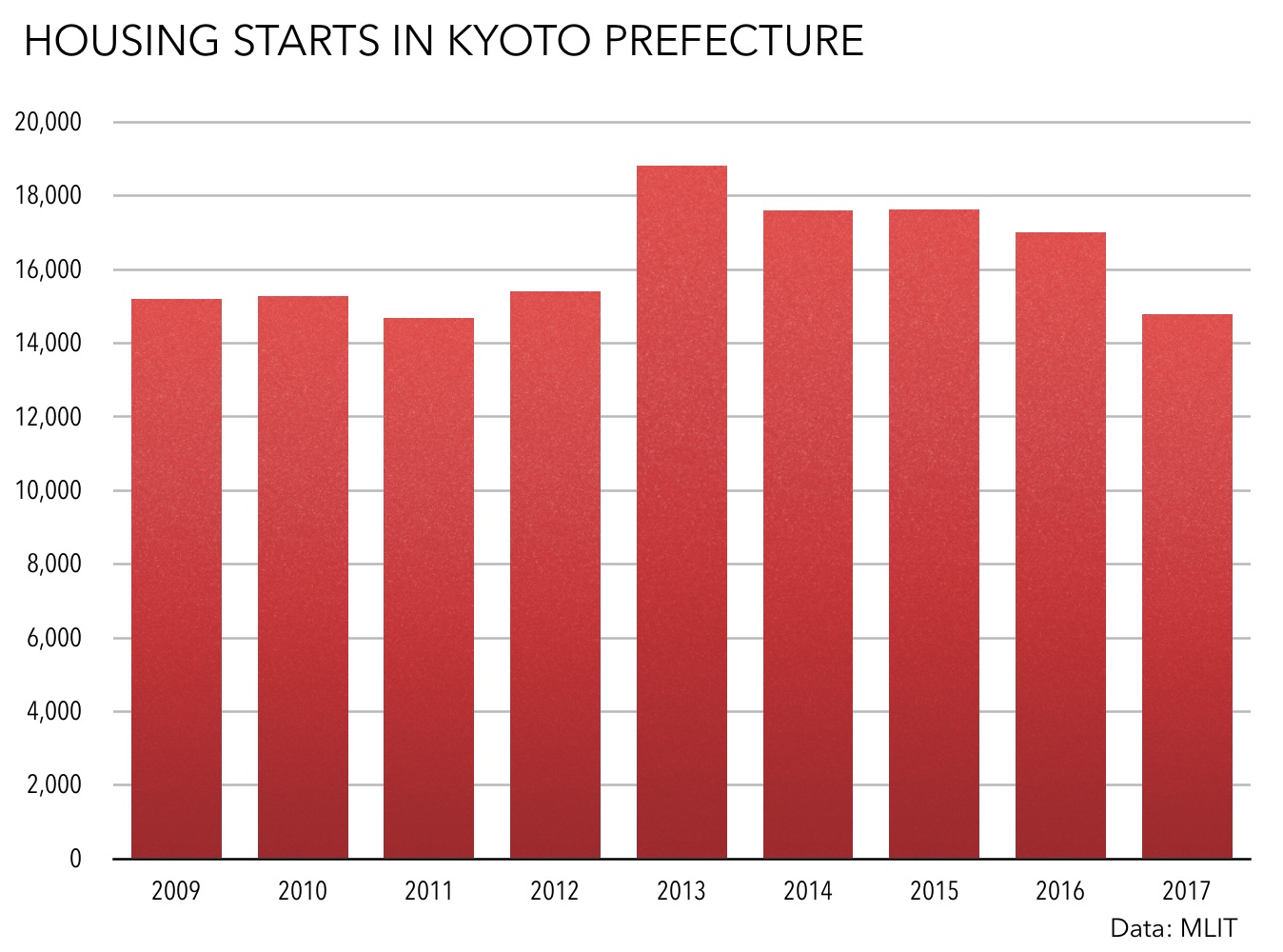 Housing starts in Kyoto Prefecture saw a year-on-year drop of 13.1% in 2017 to 14,790 units, the second lowest level seen in the past 10 years. This is also the second year in a row to see a decline in new construction.

This has been attributed to a steep rise in the construction of hotels in Kyoto’s city centre, with developers choosing to focus on building hotels rather than apartment buildings. Construction of apartments has halved as a result. The tourism boom and demand for hotels has put pressure on land prices, causing them to reach a level where the land is no longer profitable for an apartment development.

In the past, Kyoto’s traditional machiya townhouses would be bought up one-by-one by developers who would demolish them and group the land together to develop a block of apartments. However, machiya are now highly sought-after for converting into guest house accommodation and for retail boutiques and cafes, and developers are having a difficult time sourcing land. A parcel of land that would have once suited a developer looking to build 3 or 4 houses for sale is now attracting a higher price from companies looking to build boutique accommodation.