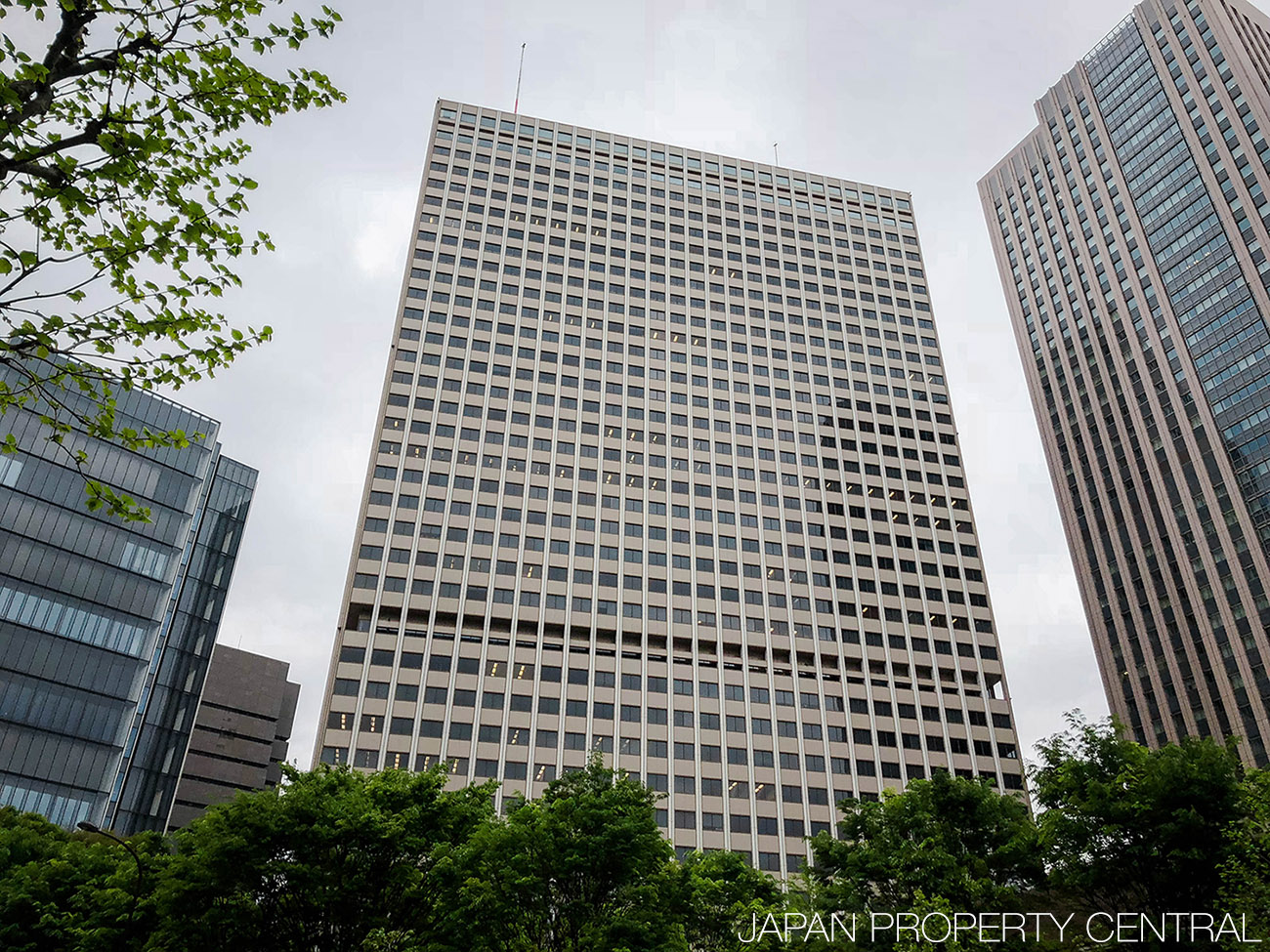 Kasumigaseki Building, Japan’s first skyscraper, turned 50 on April 12. To celebrate the half-century anniversary, the exterior of the building has been lit up with an art display that runs in the evenings until the end of May. A beer garden has also been set up outside the entrance for the duration of the event.

Built in 1968 and with a height of 147 meters, this was the first building in the country to be over 100 meters tall. Nowadays it is flanked by a taller neighbor – the twin tower Central Government Building No. 7 – which was completed in 2007 and is 156m and 176m tall.

The building was designed by architect Yamashita Toshiro (1888-1983) and built by Mitsui Kensetsu and Kajima Corporation. Construction costs reached 16.3 billion Yen, which is about 55.4 billion Yen (516 million USD) after adjusting for inflation.

The 11,500 sqm site was previously home to the Tokyo Club Building and Kasumi Hall. Construction started in 1965 and was completed three years later. At the time, this was a landmark project. In those days, the Building Standards Act limited building heights to no more than 31 meters, which was about 9 floors. A revision to the City Planning Act in 1961, the Building Standards Act in 1963 and the introduction of the Specified Block district system (whereby certain blocks may have special allowances for floor-area ratios and building heights) finally allowed for the construction of a high-rise building in this location. The revision to the code was introduced to encourage more green and open spaces in the densely packed city.

The project was the first true example of a large-scale redevelopment that incorporated public outdoor space into a mixed-use building and was a leading example for future development projects.

To avoid the risk of potential tenants avoiding the 13th floor, this floor was designed as the machine room for the building’s central air-conditioning units. The 36th floor once had a viewing platform called Panorama 36, but was converted into office space in 1989. In 2003 it was selected by DOCOMOMO Japan as one of the country’s modern movement buildings.

Mitsui Fudosan, the owner and developer, has made efforts over the years to retain and attract tenants while conducting ongoing maintenance and upgrades to ensure the building can compete with newer office towers. As much as 47 billion Yen has been spent on three major maintenance and refurbishments carried out in 1994, 2000 and 2009. The building is almost fully occupied and has over 9,000 workers.