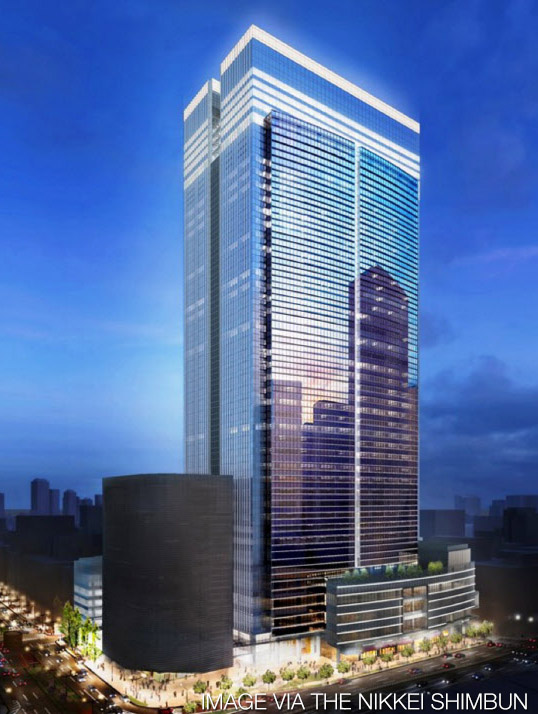 The hotel will be located in the Yaesu 2 Chome North District Redevelopment on the eastern side of Tokyo Station. In contrast to the large city blocks and wide avenues of Marunouchi and Otemachi on the opposite side of the station, the Yaesu side is a densely packed district of narrow, older buildings and small streets, and is a prime target for large-scale redevelopment.

Construction of the project is scheduled to start in November 2018 with completion by August 2022. The 45-storey building will be approximately 240 meters tall, with the Bulgari Hotel to be located on floors 39 ~ 45.

Bulgari currently operates hotels in Milan, London, Bali, Beijing and Dubai, and will open hotels in Shanghai, Moscow and Paris in the next couple of years.

Despite being an international metropolis, Tokyo has gone relatively unnoticed by designer-hotel brands. Luxury hoteliers have only just started to enter the Japanese market in the past few years, but options have remained somewhat limited. New York, London and Paris boast over 50 five star hotels, while Tokyo has just 20. Barriers to entry are relatively low in Japan, with many of these luxury hotels built and owned by Japan’s top real estate companies, with the hotel operation and management carried out by the hotel brands themselves or through franchise agreements.

According to the Japan Tourism Agency, the number of hotel guests in the country’s hotels and ryokans topped 498 million in 2017, a 1.2% increase from 2016. Almost 12% of the hotel guests stayed in Tokyo. Hotel operating rates in Tokyo and Osaka have remained above 80%.