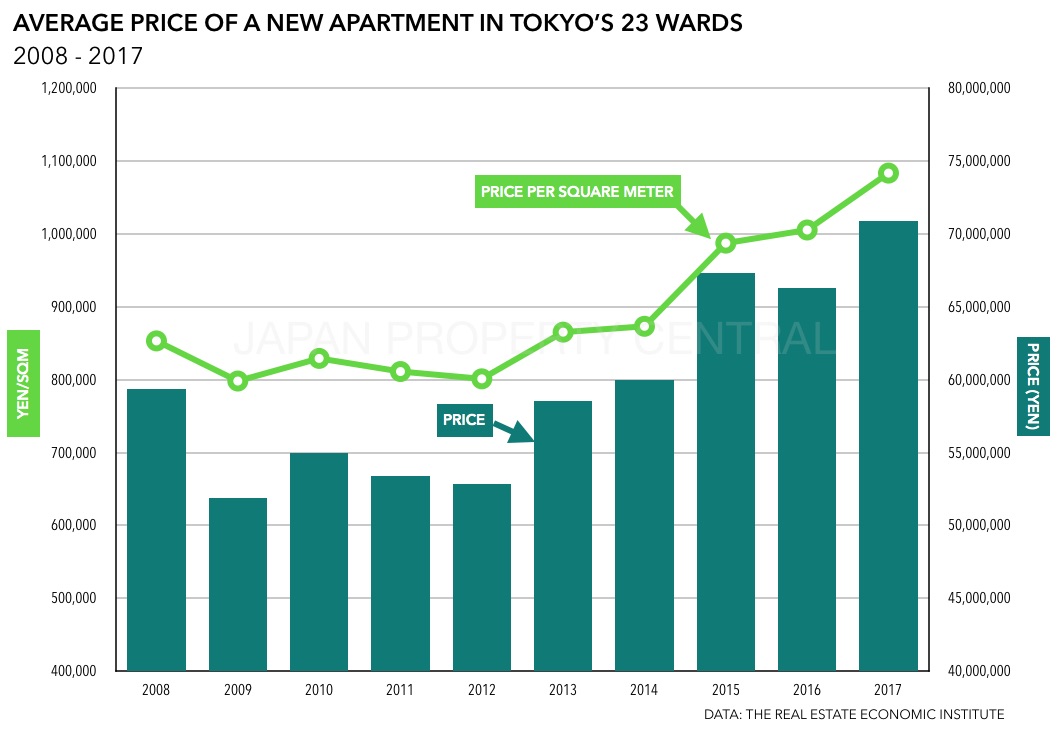 The average price of brand new apartment released for sale across Japan hit a historic high in 2017. According to the Real Estate Economic Institute, the average price nationwide was 47,390,000 Yen, up 3.9% from 2016 and the highest price seen since record keeping began in 1973. A previous high of 46,180,000 Yen was last recorded in 2015.

Real estate developers across Japan have been facing high construction costs and rising land prices, resulting in an overall increase in the sale price of new apartments. In the greater Tokyo area, which accounts for almost half of the national supply of new construction, surging demand for 100 million Yen+ apartments has helped to push up the average price.