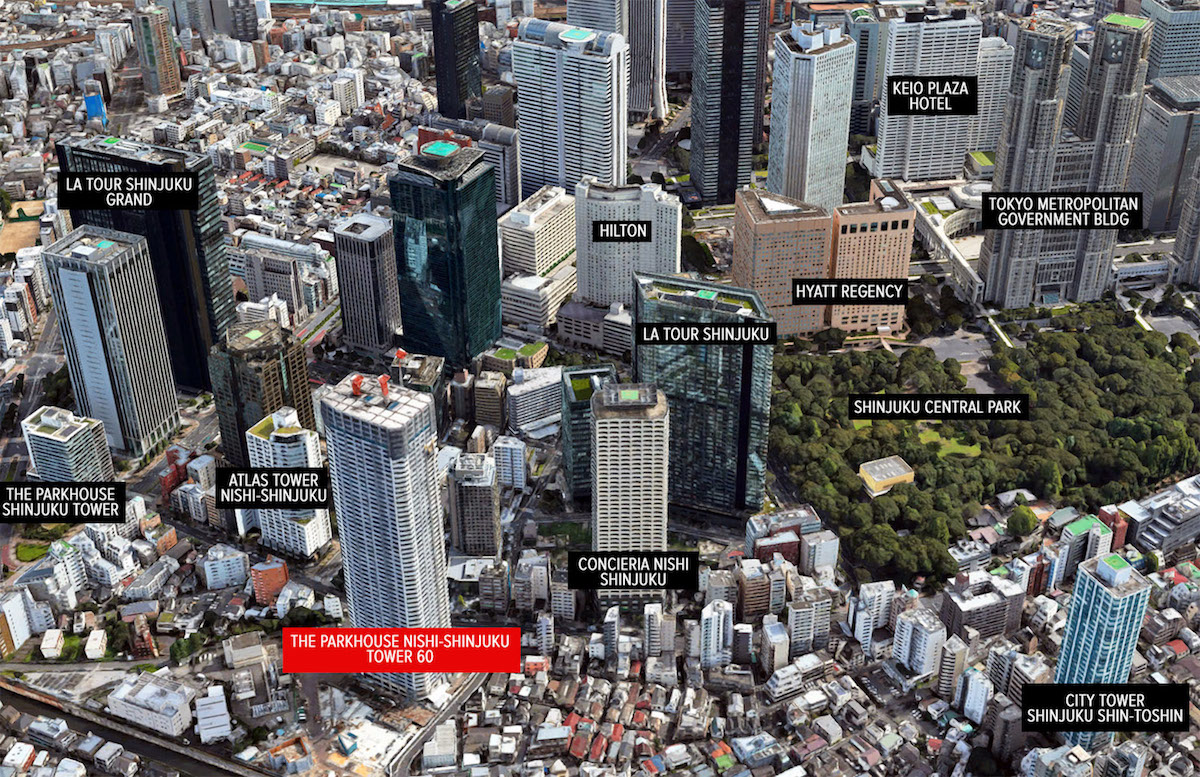 Construction of Japan’s tallest apartment building based on total floor count has reached completion this month. The Parkhouse Nishi-Shinjuku Tower 60 is a 60-storey, 209 meter tall condominium located to the west of the Shinjuku business district.

It may not keep its title as the tallest building based on floor count for long – two 65~66-storey, 235m tall apartment buildings with as many as 3,200 apartments are tentatively planned for a site on the eastern side of Shinjuku’s Park Hyatt Hotel and less than 1,000 meters south of The Parkhouse.

The building has 954 apartments, of which 177 went to original landholders and 777 were made available for purchase. Sales began back in early 2015, with an average of 2.2 purchase offers made per apartment. The entire building had sold out by the end of 2015, with as many as 3,000 interested buyers visiting the sales showroom. Apartments had an average price of around 1,050,000 Yen/sqm when new.

A total of 66 apartments have already appeared on the resale market, representing 7% of the total apartments in the building. The average asking price is around 1,355,000 Yen/sqm. One of the resales is a 156.99 sqm (1,689 sq ft), 4-Bedroom penthouse apartment that is listed for 360 million Yen. It would have had a price of 350 million Yen when sold off-the-plan.

The project was a large-scale redevelopment of a densely-packed low-rise residential neighborhood with narrow roads. It took over 25 years to reach agreement with the various landowners before construction could begin.