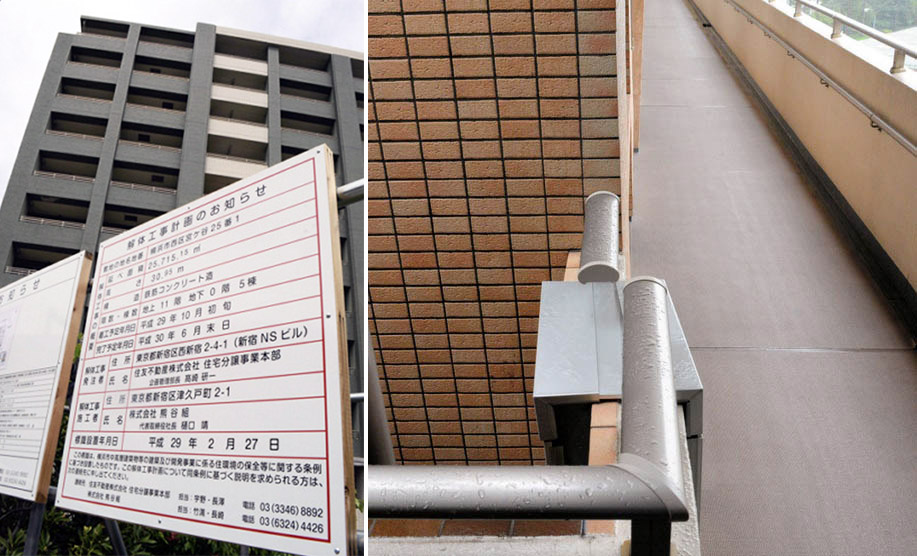 On April 30, apartment owners in a 262-unit residential complex in Yokohama voted in favor of redeveloping the five buildings after it was discovered that the foundations were not sunk deep enough. Back in 2013, residents noticed that one of the buildings was starting to lean after handrails between two buildings were out of alignment.

Residents of the 14-year old building faced a lengthy process, with the developer and construction company initially denying there was any fault with the building. Soil boring tests in 2014 confirmed that the foundation piles were too short and did not reach bedrock, causing one of the buildings to tilt. Reinforcing bars in the foundations of the other four buildings were also found to have been cut.

Demolition is scheduled to start later this year, with completion by June 2018. The new buildings are expected to be completed by April 2020.

To redevelop a condo-style building in Japan, 80% of owners must vote in favor. In this case, 98.9% of the apartment owners voted in favor of demolition and reconstruction.

In 2015, a second building with 700 apartments in Yokohama was also found to be tilting due to insufficient foundation work. The 9 year old building is current being rebuilt.