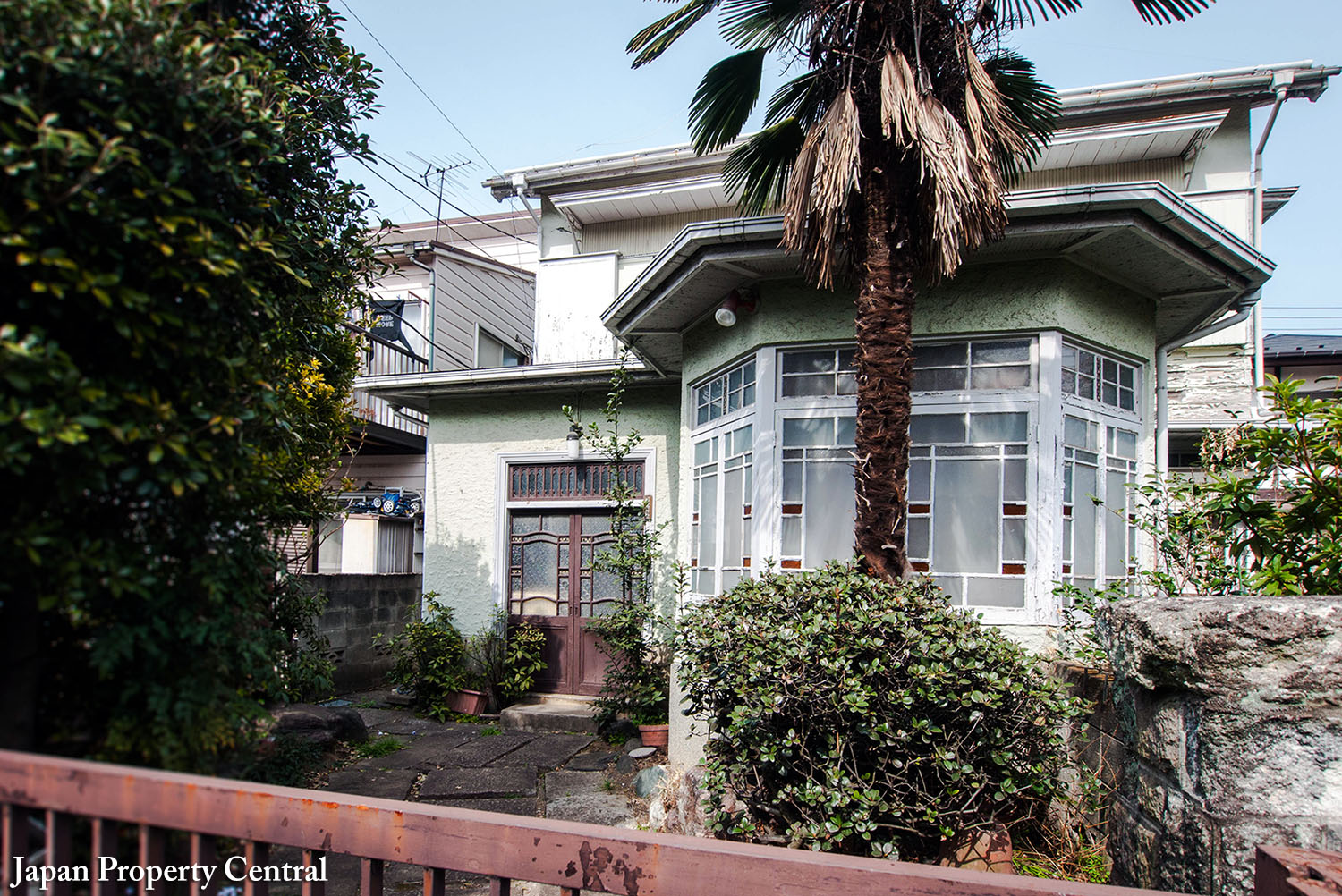 *Update: This house was sold and demolished.

One of the first homes to be built in the Mejiro Bunka-mura subdivision is for sale. The pre-war home is one of just a very small number of surviving historic houses in this neighbourhood. As much as 70% of the Bunka-mura neighbourhood was destroyed during air raids in 1944 and 1945, while urban development in recent decades saw the demolition of many the few remaining original residences.

Although the age of this house is unknown, the Taisho-Modern style house could potentially be 90+ years old.

The property is being sold as land only, with the house to be included as-is. No value has been placed on the house as it is expected a buyer will demolish it to build a new one. As such, it is listed at land value. 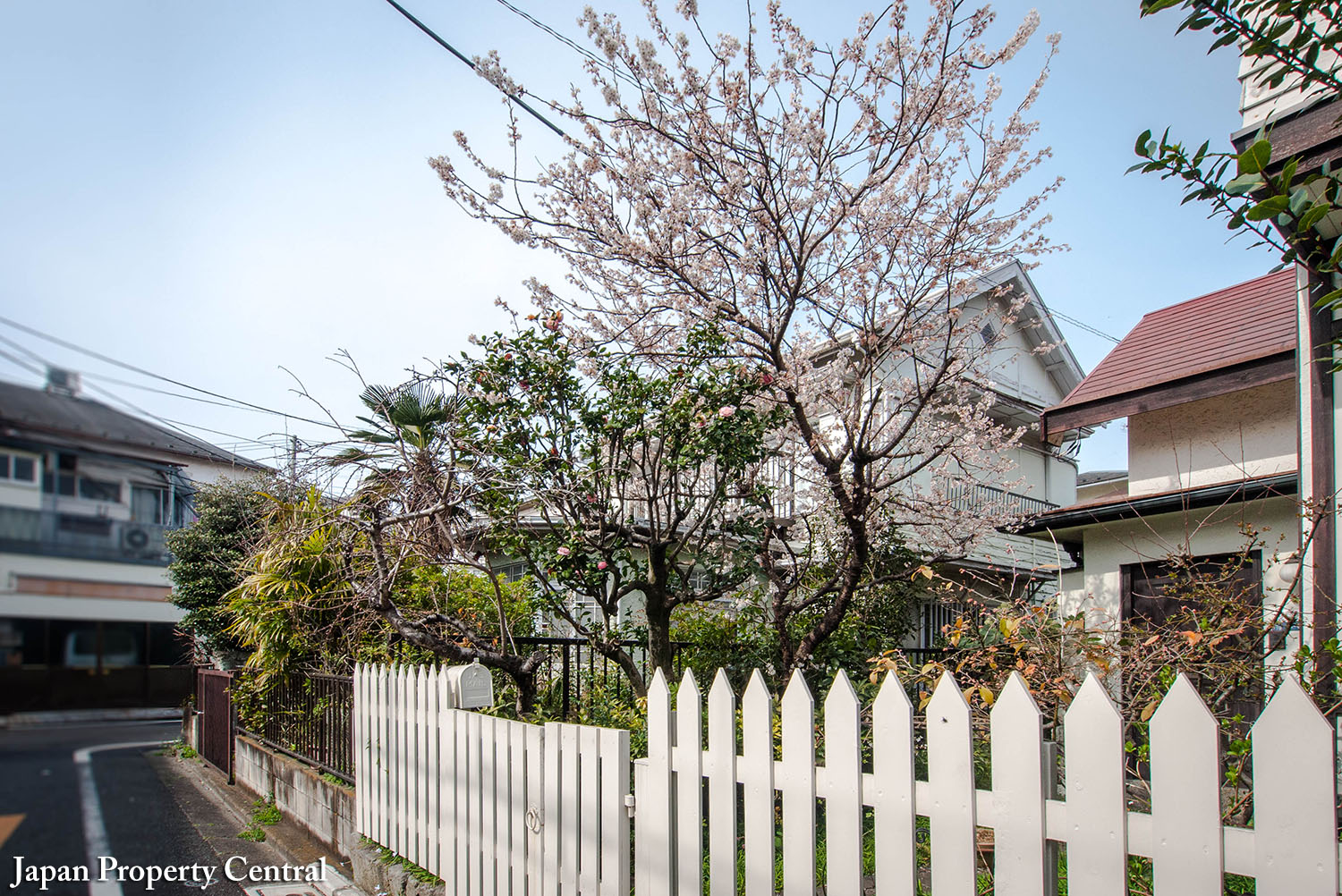 The 176 sqm block of freehold land fronts onto a 5.3 meter wide public road on the south-west side. This is a generous road width for a residential neighborhood, as typical roads tend to be no more than 4 meters wide.

The land is zoned as a Category I Exclusively Low-Rise Residential Zone. Building heights in this zone are capped at 10 ~ 12 meters. Maximum allowable building sizes are also relatively low in this neighbourhood, with maximum footprints of 50% of the land and a maximum total floor area of 100% of the land size. This means that the maximum house size on a 100 sqm block of land would be no more than 50 sqm per floor and no more than 100 sqm of living area aboveground (allowances apply for garages and basements). 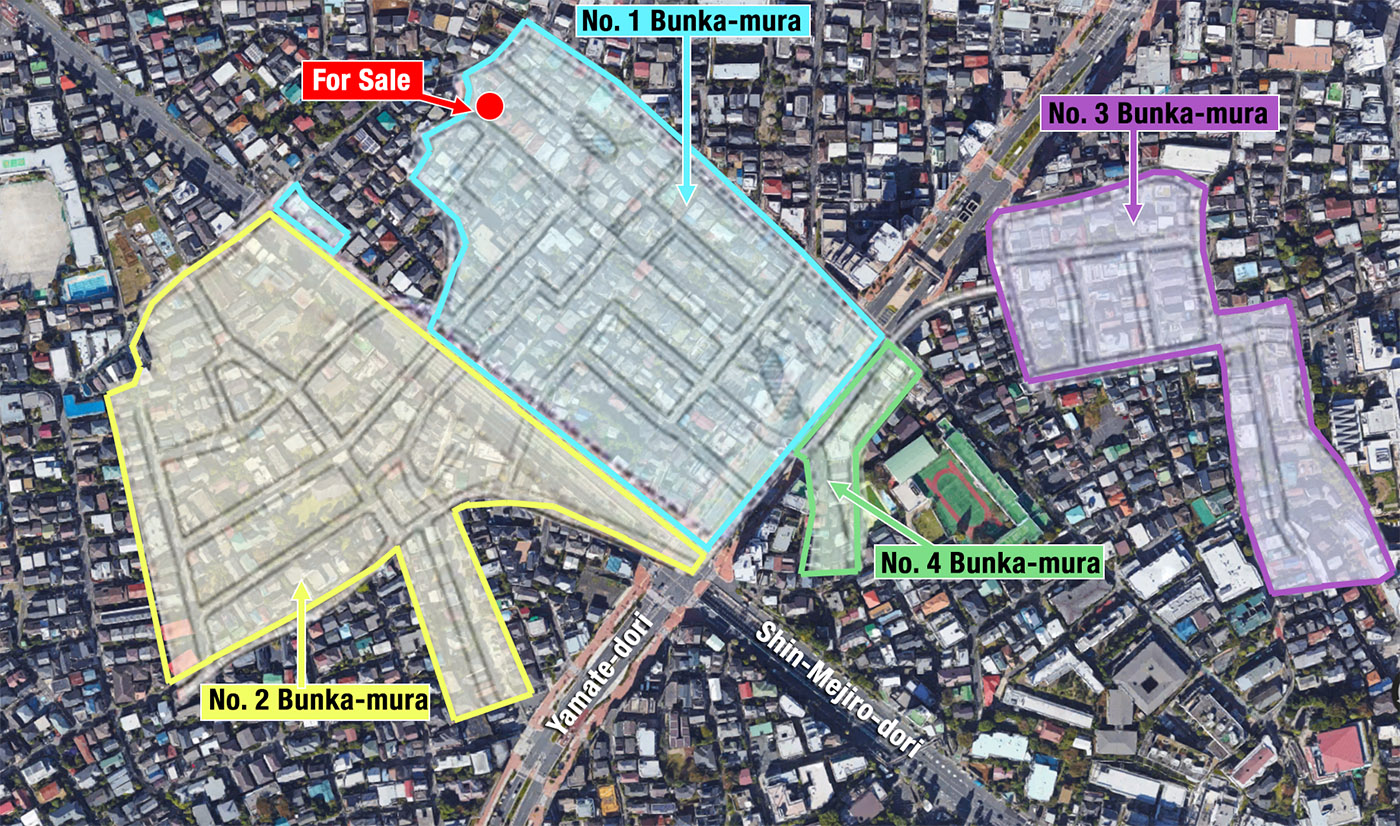 About the Mejiro Bunka-mura Village:

This old neighbourhood includes includes the majority of Naka-Ochiai 3 and 4 Chome, part of 1 and 2 Chome, and part of Nakai 2 Chome and Nishi-Ochiai 1 Chome.

In 1914, Yasujiro Tsutsumi, founder of the Seibu group, purchased 8,800 square meters of land in Shimo-Ochiai from the Udagawa Family – a local landowner. Over the following years Tsutsumi continued to buy up large land parcels from wealthy landlords. He also took up residence in Shimo-Ochiai and shifted his business operations to the area.

After amassing a large share of land, he began sales of luxury housing lots in the Mejiro Bunka-mura subdivision in the 1920s and 1930s. House lots were offered in several stages over the years. This house is located in the first subdivision to be opened.

Typical house designs featured European-style exteriors with a blend of Japanese and western-style interiors. Electricity cables were originally buried underground. It was only after the WWII bombings that the underground cables were replaced with above-ground electricity poles.

The population in this area surged after the Great Kanto earthquake of 1923, as displaced residents from central Tokyo moved to safer and less damaged areas.

In 1927, Seibu opened Shimo-ochiai Station, making access a lot more convenient. In 1935, the neighbourhood was sliced in half by the completion of Yamate-dori Avenue. It was further sliced up in 1967 when Shin-Mejiro-dori Avenue was completed.

Some of the original surviving historic homes: 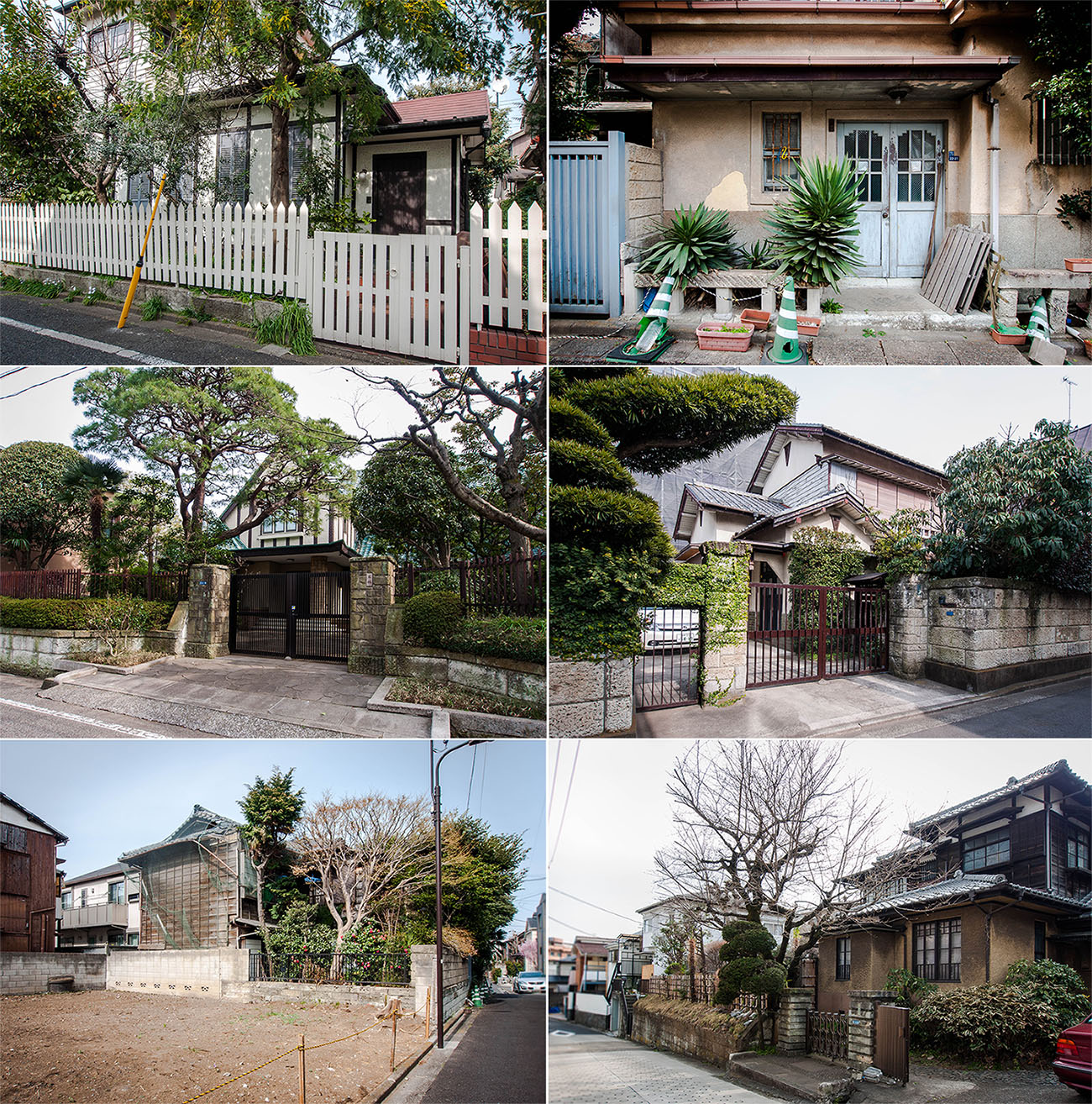 Standard Land Prices are reported by local governments annually and provide a guide to movements in land prices. They do not necessarily reflect actual market prices.