Long-awaited plans for the Toranomon-Azabudai District in central Tokyo have finally been released. The development, which will be carried out by Mori Building, will include a 65-story mixed-use building that will contain mostly office space, as well as apartments and an international school. Construction is scheduled to start in 2018 with a completion date in 2022.

The 330 meter tall building will be Japan’s tallest building when complete in 2022 and just 2 meters shorter than Tokyo Tower, although it is expected to be overtaken by a 390 meter tall office tower planned for the Otemachi district near Tokyo Station.

The 65-story building is to be built on the site of the former Azabu Post Office, which was built in 1930.

There are also plans for a 270m tall, 63-story office building and a 53-story apartment building on the same 8.1 hectare development site. Seven buildings are planned in total, containing a total of 1,300 apartments (including serviced apartments). 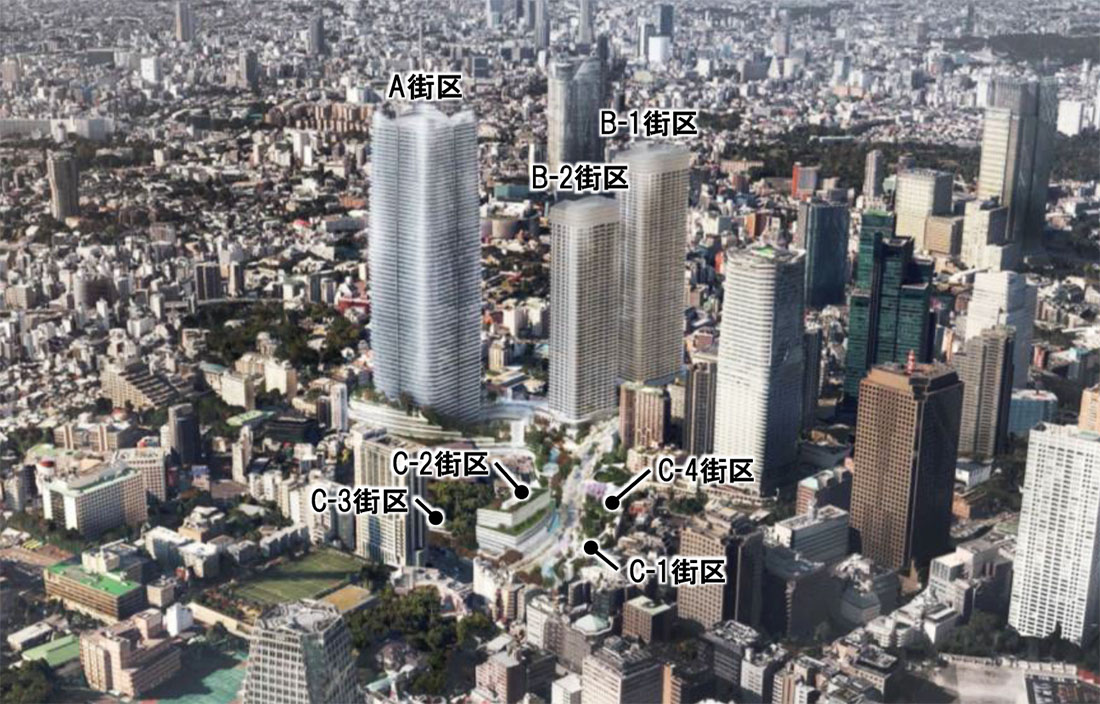 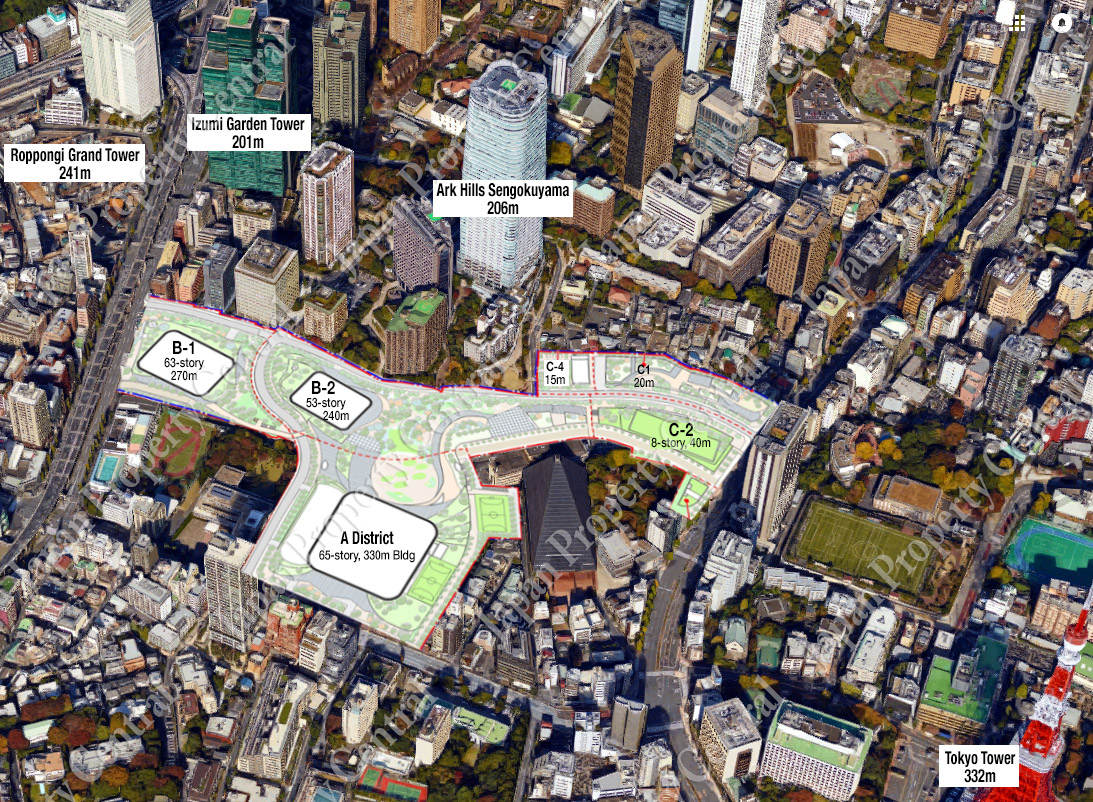 The Toranomon-Azabudai District Redevelopment area includes Toranomon 5 Chome, Azabudai 1 Chome and Roppongi 3 Chome. Redevelopment discussions began as early as 1988 and Mori has been steadily buying up the various land parcels over the years.

After the redevelopment the number of individual land parcels will go from 300 to just 7, while the share of roads will increase from the current level of 10% to 30%. There are a total of 120 landowners involved in the project. If individual apartment owners are included, the total number of landowners is 330. Of the 220 houses and buildings within the redevelopment zone, 60% were wooden and 90% were considered to be old or aged structures (eg. they had reached 2/3rds of their lifespan). 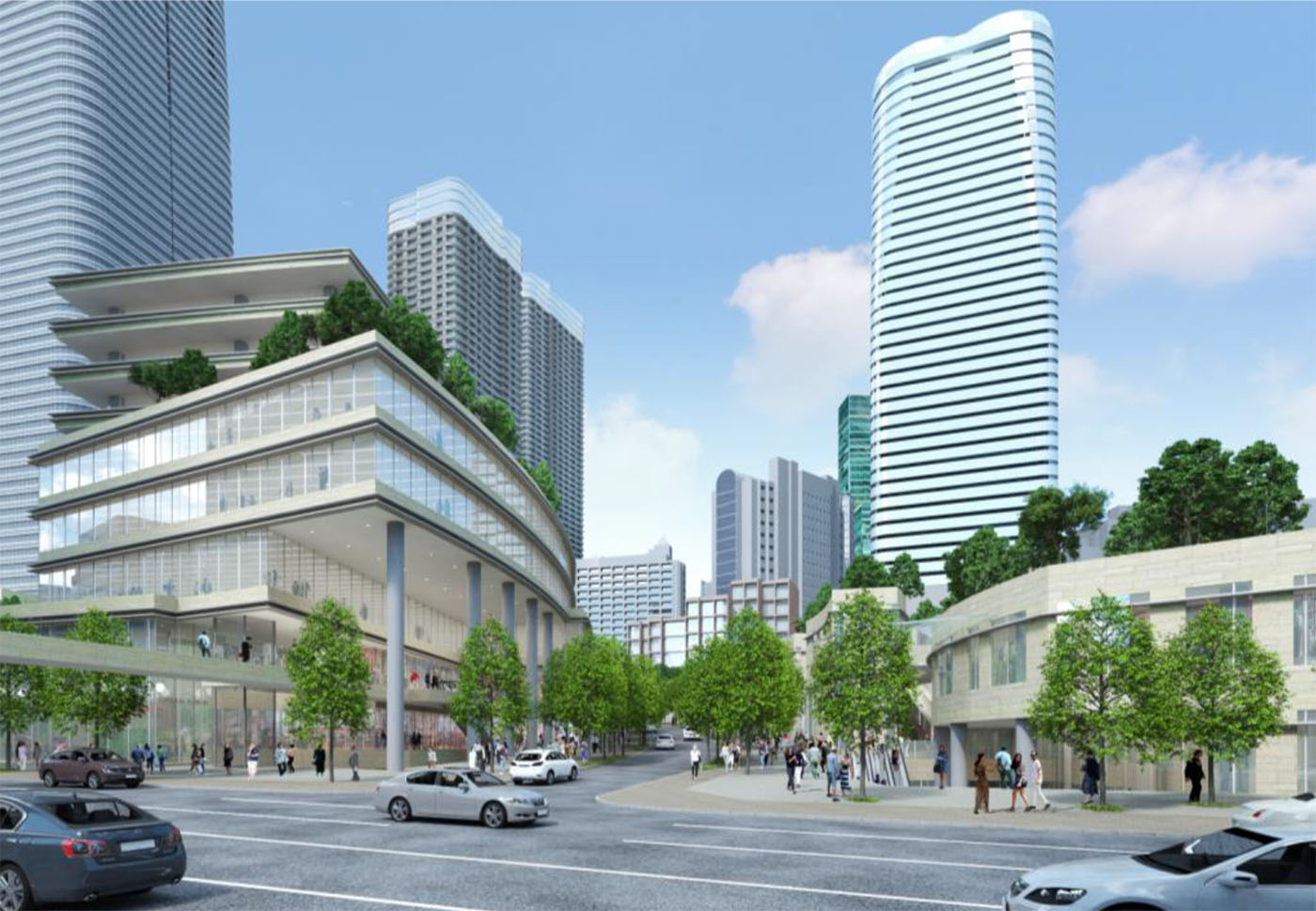 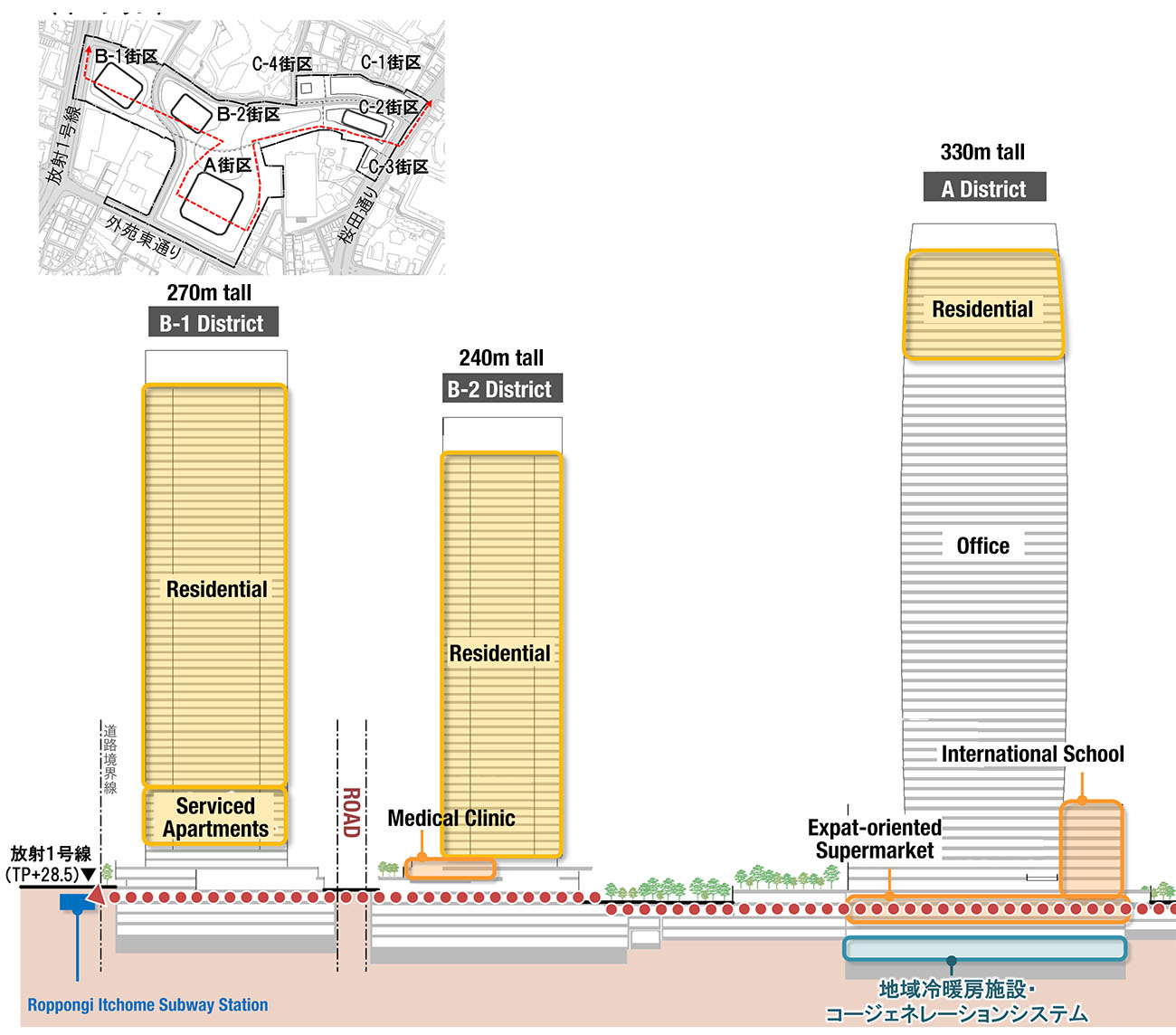 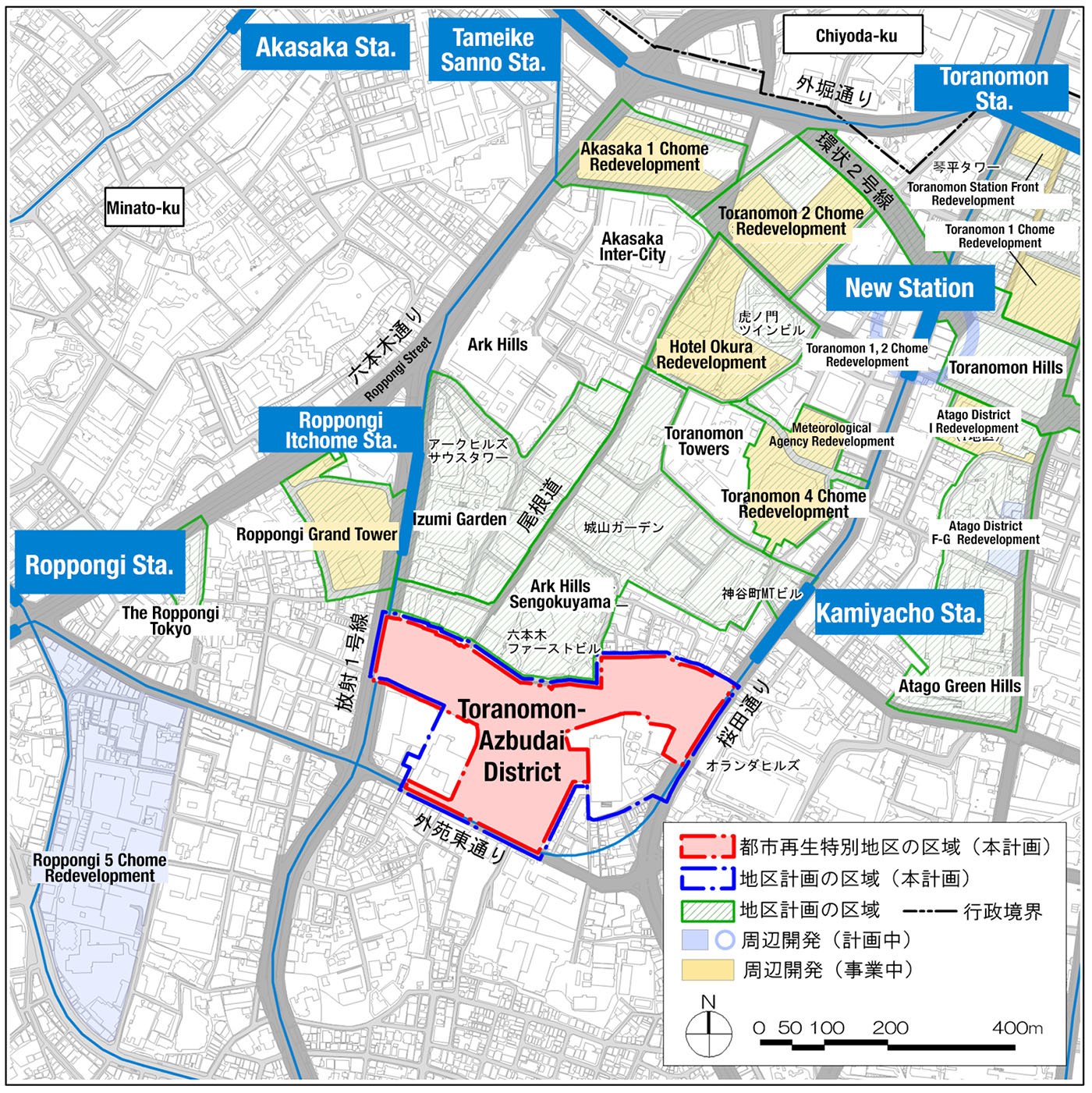