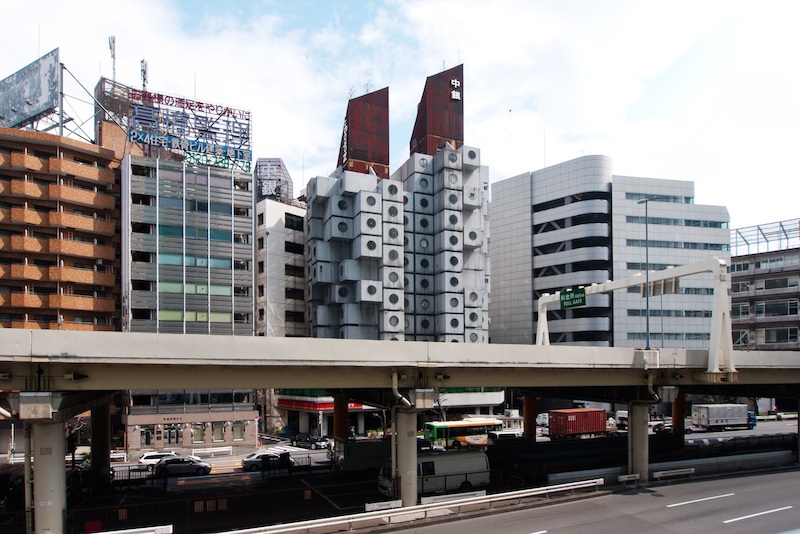 The results of an earthquake-resistant inspection could soon determine the fate of Ginza’s Nakagin Capsule Tower.

At an owner’s association meeting in early December 2015, the majority voted in favour of carrying out an earthquake-resistance inspection to determine the structural integrity of the building. If the building does not meet earthquake codes, the owners will consider demolishing the 44-year old metabolist landmark.

Nakagin Capsule Tower was designed by architect Kisho Kurokawa and completed in 1972. The structure consists of two concrete cores which contain elevator shafts and stairwells. The 140 capsules, which were built off-site, are each connected to the core shaft with four high-tension bolts. The capsules were designed to be removable and interchangeable, although none of the capsules have been removed to date.

The building was developed by the Nakagin corporation. Apparently the president of the company was intrigued by the Takara Beautilion pavilion designed by Kurokawa and displayed at EXPO Osaka in 1970. He immediately hired Kurokawa to design something of a similar style in Ginza. Planning and design took four months, while construction and assembly took just 12 months. 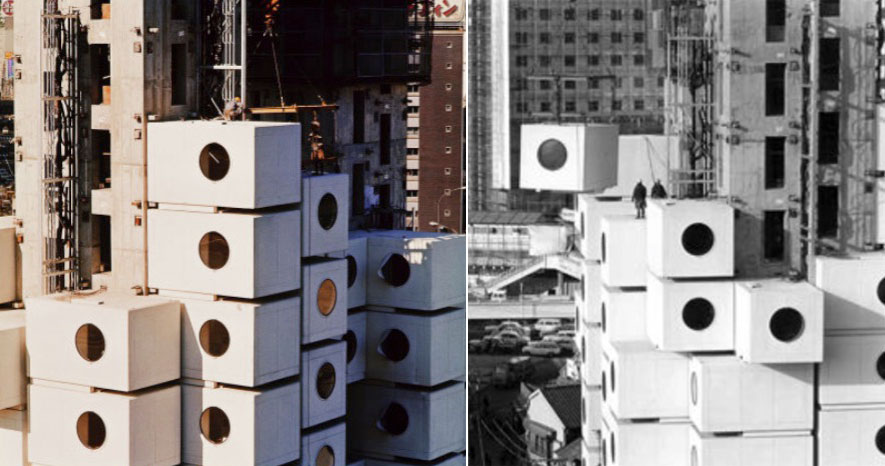 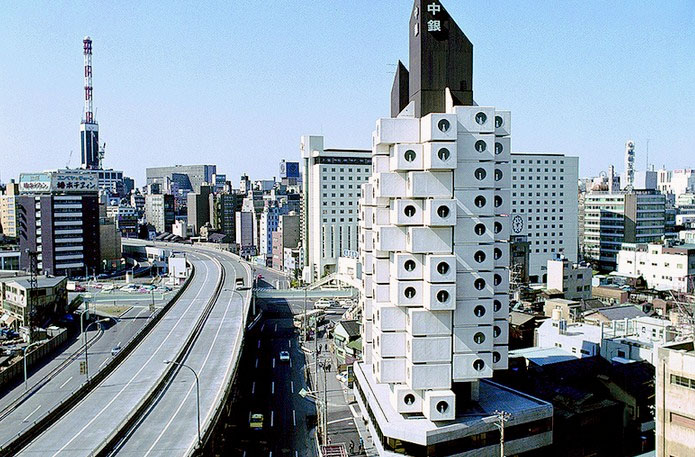 The capsules were marketed as business apartments catering to office workers who wanted a hotel-like unit that could be used as a crash pad during the week. When the capsules were first offered for sale in the 1970s, they were priced at around 3.4 million Yen each. All capsules were sold out within 6 months. Buyers could choose from eight different capsule types, including capsules with built in storage units with stereos and fold-out tables. There were two interior colour options – black and white, while the circular windows had custom-made lens-type blinds. 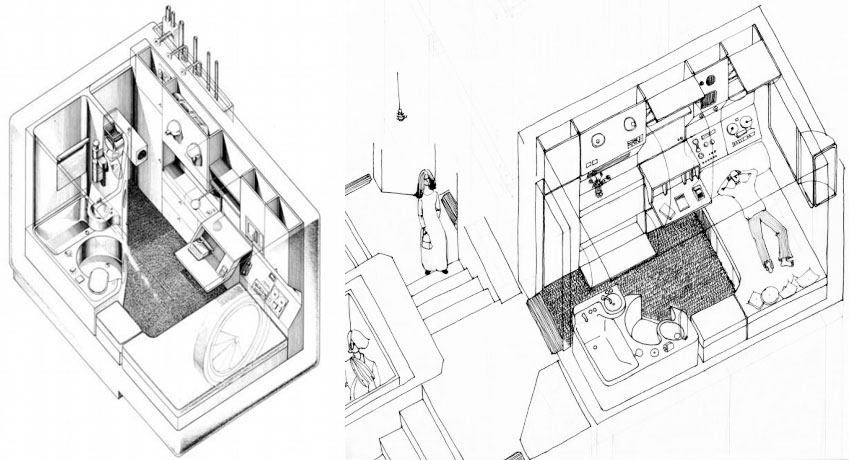 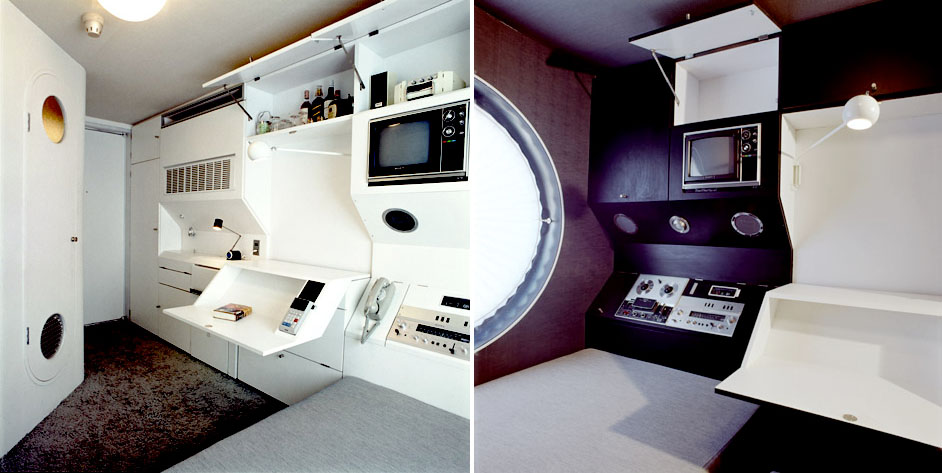 However, due to various problems with water leaks and deterioration, less than half of the 140 capsules are said to be occupied.

The unique design of the building has led to some maintenance issues in recent years. 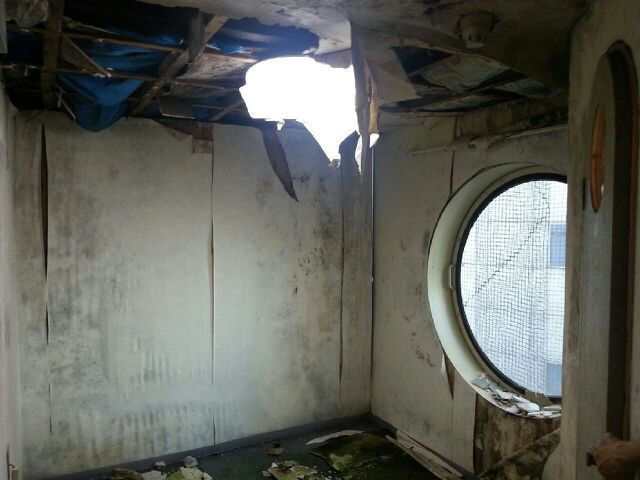 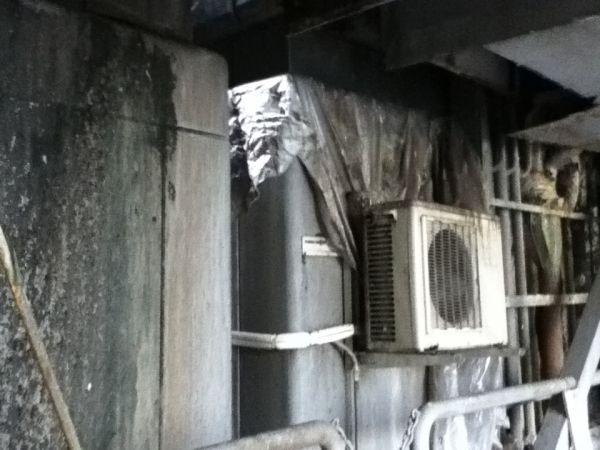 In the late 1990s, Kurokawa’s architectural firm and Taisei Corporation made proposals for the replacement of the capsules themselves, but were unable to obtain agreement from the capsule owners mainly due to the cost required. It was suggested that the 140 capsules could be removed, bolts replaced, asbestos removed from capsule interiors, before re-attaching the renovated capsules back onto the core shaft. A second suggestion in 2006 included removing the old capsules and replacing them with brand new ones. Both suggestions solve the asbestos issue.

It was estimated that it would cost approximately 8.8 million Yen to replace each capsule (1.2 billion Yen for all 140 capsules). Meanwhile, the cost of building a new 10 sqm apartment was just 5.13 million Yen.

The fees collected for building repairs were really only intended for the core shaft of the building. Since the entire capsule (inside and out) was considered to be the exclusive ownership of the capsule owner, capsule owners were responsible for any repairs to the inside and outside of their capsule. This is an unusual situation because in a normal apartment building, owners have exclusive ownership of the interior of the apartment, while the exterior, including windows and exterior doors and balconies, form part of the shared area and are covered by building repairs and maintenance.

Redevelopment discussions had started as early as 2005. In 2007 the majority voted in favour of redevelopment, but the construction company chosen to build the replacement building filed for bankruptcy shortly after and plans were put on hold.  The new apartment building was to be a very standard residential building.

A second decision to redevelop was made in mid-2010, although details have yet to be ironed out. There is also a growing divide between owners who want to redevelop and those who want to protect the building.

The land is leased under the old leasehold system and is due for renewal in 2032. The landowner is Nakagin – the original developer. Nakagin’s head office was originally located on the 2nd floor of the building. In addition to paying a monthly land rent of 2,000 Yen to the landowner, any new buyers must pay a one-time fee of 300,200 Yen to record the change in owner for the leasehold rights.

Back in 2015, there was a reported 100 million Yen in the building’s repair fund. This is not enough to cover redevelopment, and may or may not be enough for retrofitting (earthquake retrofitting costs vary depending on the scale and work required, and in some cases can cost several hundred million Yen).