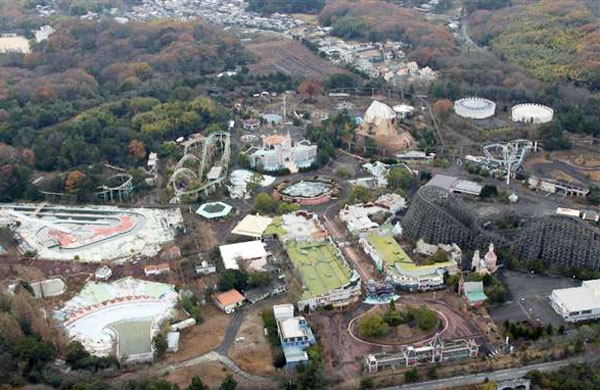 Nara Dreamland, the long-since closed amusement park modelled after California’s Disneyland, was purchased by an Osaka-based real estate company earlier this month for 730 million Yen (5.95 million USD). The buyer, SK Housing, was the only bidder at the public auction. It is unclear what the new owner plans to do with the site.

The 297,000 sqm site includes 75 buildings including old and abandoned theme park rides and an old hotel, all of which will cost several hundred million Yen to demolish.

The property was sold off by Nara City, who had foreclosed on the site after the previous owner fell behind in property taxes to the tune of 650 million Yen. The city first offered the property for sale in 2013 but the auction failed to attract any bids. This time, SK Housing were the successful buyer after offering the minimum bid of 730 million Yen which had been set by the city.

The theme park operated from 1961 to 2006. During its peak it attracted as many as 1.6 million visitors a year, but with growing competition from newer parks such as Tokyo Disneyland and Osaka’s Universal Studios, park visitors began to decline and had dropped to 400,000 before its closure.