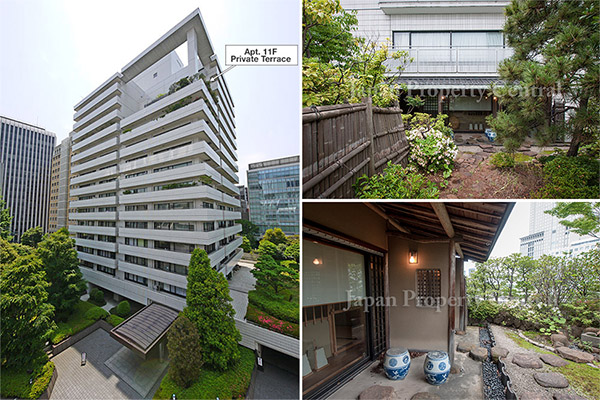 *Update: This apartment sold in July 2015 and is no longer available.

A very unique apartment in the heart of Akasaka is listed for sale. The 130 sqm apartment was originally designed and owned by Kisho Kurokawa, a very famous Japanese architect and founder of the Metabolist Movement.

Kurokawa designed the 14-storey Churis Akasaka building and was given free reign to design the 11th floor as his personal residence. His main residence was a 300 sqm apartment on the southern side of the 11th floor, with the 130 sqm apartment on the northern side used as his tea and reception rooms. The two apartments both had access to the only private rooftop terrace in the building.

The tea room, named Yuishiki-an, is a replica of the Kan-un-ken tea house that once existed in Iwashimizu Hachimangu Shrine in Kyoto Prefecture. Kan-un-ken was built in the 1630s but was destroyed by fire in 1773. A reconstruction was later built in the Shokado Garden, just south of the Shrine.

It was in this apartment’s tea room where Kurokawa came up with the inspiration for his design of The National Art Center, Tokyo, in Roppongi. The apartment has also featured in Kenchiku Bunka magazine in 1985 and appeared on a TBS programme in 2008.

The interior and the garden is in largely original condition, and offers 180 degree views towards Toranomon Hills, Hie Shrine and the Akasaka area. The 74 sqm terrace and traditional garden was designed by Udagawa-en, while the tatami rooms were designed and built by Ishima Construction. Planning and completion of this apartment took 13 months and was finished in 1984.

The apartment when featured in Kenchiku Bunka Magazine: 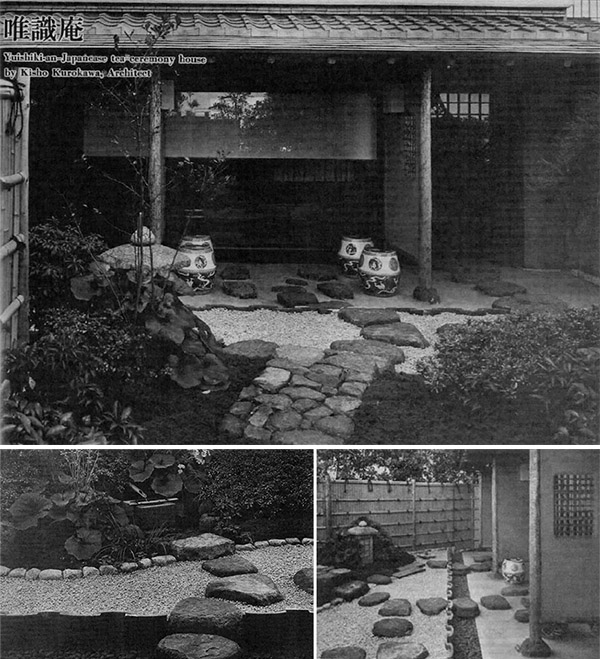 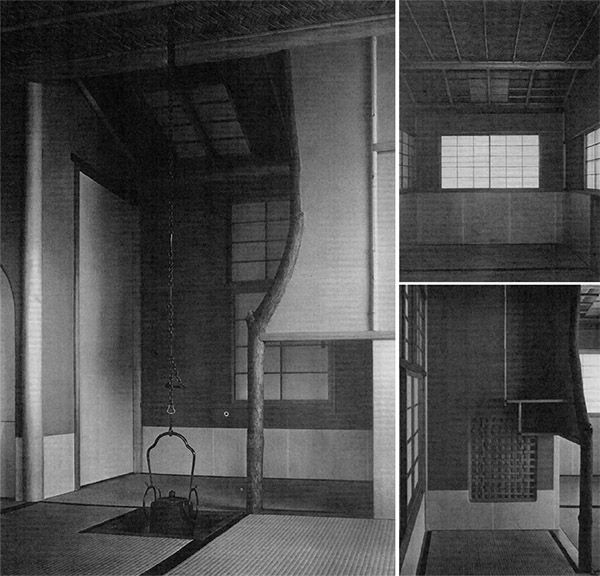 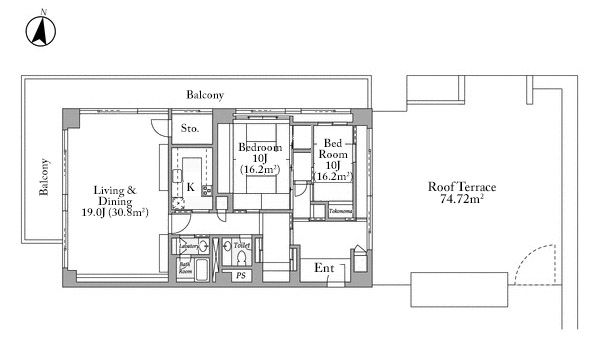 Kisho Kurokawa (1934 – 2007) studied under architect Kenzo Tange and went on to start the Metabolist Movement in 1960. Some of Kurokawa’s works include: