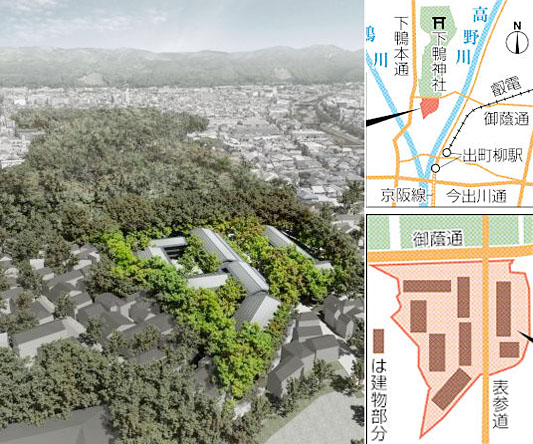 Shimogamo Shrine in Kyoto’s Sakyo Ward announced that several condominiums will be built on part of the shrine’s grounds.

The shrine’s main buildings are rebuilt every 21 years. To help raise the 3 billion Yen required to rebuild in 2015, part of the shrine’s land will be leased to a private developer.  The shrine has already raised 1 billion Yen and will receive around 800 million Yen in national grants.

A 9,650 sqm parcel of land about 600 meters south of the main shrine will be leased to a private developer under a 50-year term with an annual land rent of 80 million Yen. At the end of the lease, the buildings will be demolished and the land will be returned to the Shrine. The land is currently used as a car park and training hall.

The developer plans to construct eight three-storey luxury Japanese-style apartment buildings. The buildings will be 10 meters tall and contain 107 apartments in total. Construction is scheduled to begin this November with completion in early 2017. 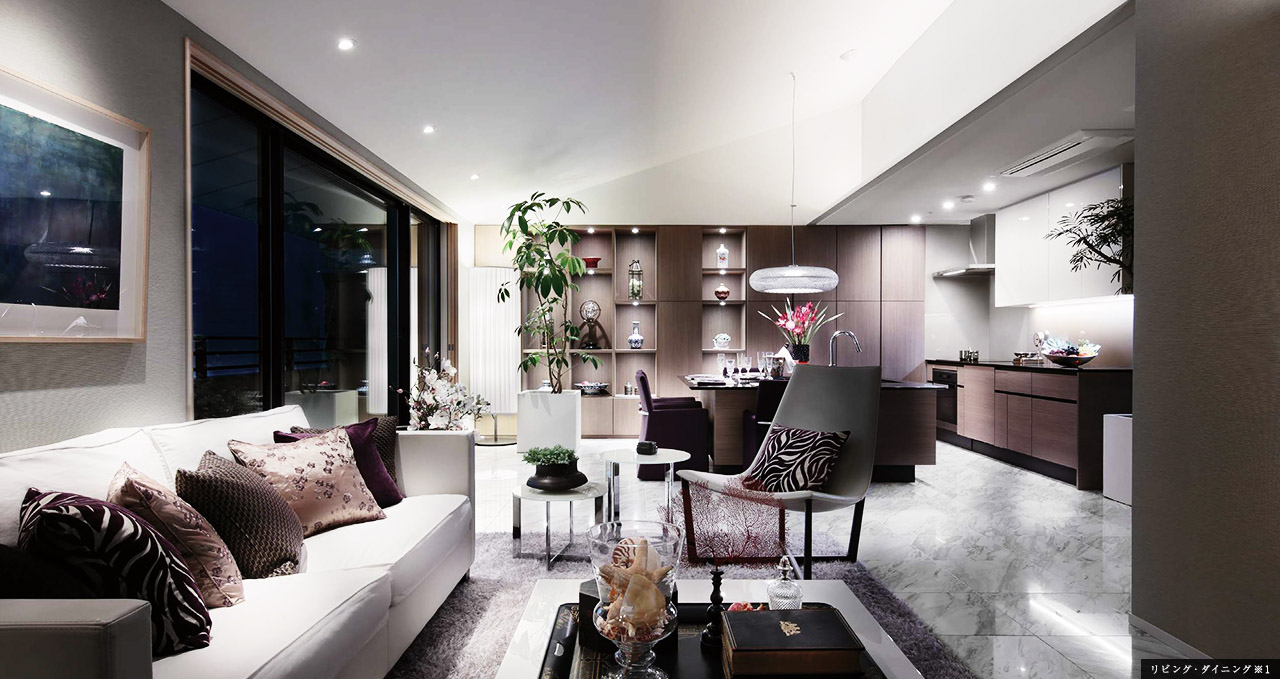 With history dating back to the 6th century, the shrine is designated by UNESCO as a World Heritage Site and is one of the seventeen Historic Monuments of Ancient Kyoto.

There are several condominiums in Tokyo that have been built within Shrine grounds: