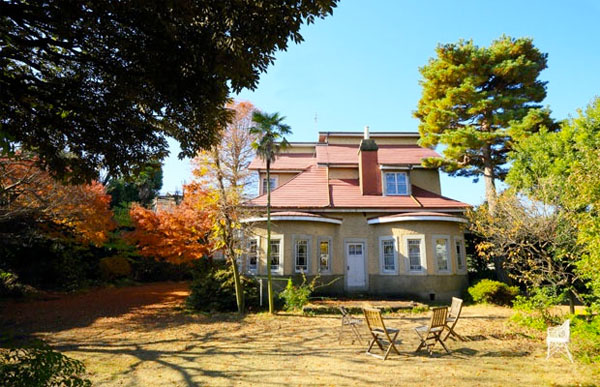 On December 17, 2014, the historic Suzuki Residence in Denenchofu 3 Chome was opened up to the public for a farewell tour before demolition.

At the open day, the current owner, who is the grandchild of Mr. Suzuki, spoke about their fond memories of the home. Over the years it had hosted family birthday parties, weddings and funerals, and has been the setting for several TV dramas. The 90-year old house, which has been registered as a Tangible Cultural Property, has been painstakingly cared for and is in beautiful condition.

The Suzuki Residence was built during the Taisho era for a German resident. It was later purchased by Mr. Suzuki for his son, who later returned from the war to to live in the house with his family. The architect is unknown, although some have suggested it might have been Kintaro Yabe, the designer of the Denenchofu Station Building, since the buildings are similar in style.

It is a 2-storey western-style home with a total floor area of 165 sqm. It sits on a large 928 sqm block of land which fronts onto Denenchofu’s gingko tree-lined main street.

The decision to demolish the home was not an easy choice by the owner. However, selling the property would prove to be difficult given the size of the land and the limited buyers in that price range. Average land prices in the Denenchofu 3 Chome area are currently around 1 million Yen/sqm, which would give the property a market price of around 930 million Yen*.

*Update: In April 2015, the new owner of the property (a developer) listed the land for sale for 1.12 billion Yen, or approximately 1,200,000 Yen/sqm. Under the terms of sale, the buyer is required to use the home builder designated by the seller and sign a construction contract within 3 months of purchase.

High inheritance taxes are another issue.

The land would have a taxable value for inheritance tax purposes of between 500 ~ 600 million Yen. For example, if there were two or three heirs, they could be looking at an inheritance tax bill of 50 ~ 90 million Yen each. In the case of inheriting valuable real estate, it is not uncommon for heirs to be forced to sell off the inherited property in order to settle the tax bill. As a result, large historic estates end up being sold off to developers and chopped up into smaller, more affordable housing blocks.

To avoid possible disputes between heirs in the future, the current owner has decided to dispose of the property now. 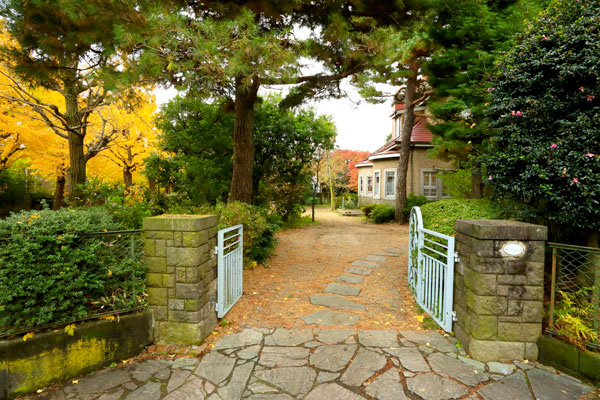 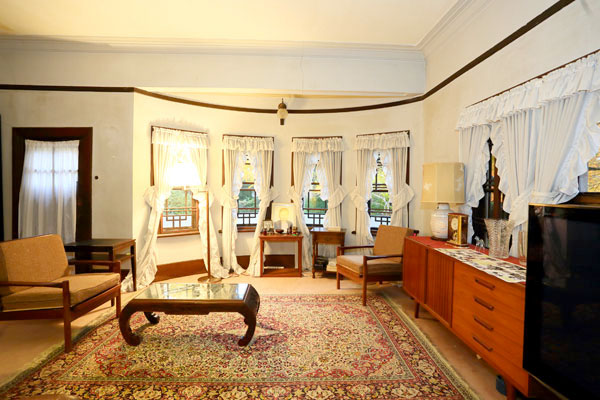 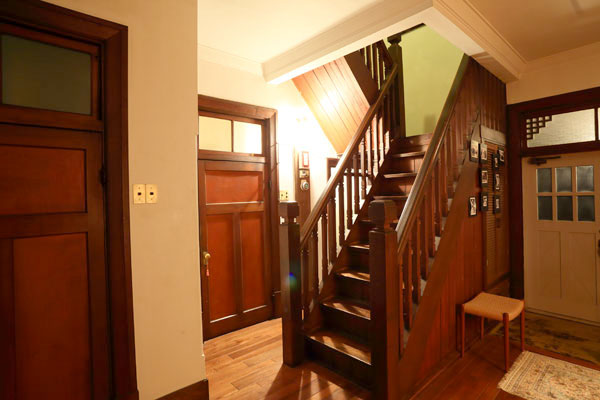 The owner consulted with renovation company Rebita to explore possible ways to preserve the memories of the home. The doors, windows, brass handles and other small features will be saved and incorporated in other projects, thereby allowing those items to start new stories with other families.

The fireplace in the reception room and gate lamp will be relocated to the home of the owner’s uncle. The kitchen will be shifted to a small sandwich shop. The remaining furniture and window frames were removed by Rebita on December 18 and will be used in other renovation projects.

It was planned by Viscount Eiichi Shibusawa, considered to be the ‘father of Japanese capitalism’, and was the very first planned subdivision in the Kanto area. In 1919, Shibusawa visited 11 countries across Europe and America to study garden suburbs. He was inspired by Sir Ebenezer Howard and the Letchworth Garden City, but was said to have been more influenced by the affluent St. Francis Wood neighbourhood in San Fransisco.

Land sales began in August 1923, just one month prior to the Great Kanto earthquake. The Denenchofu area was spared much of the damage caused by fires during the earthquake, which led to an influx in middle ~ upper class residents looking for a safer neighborhood.

A survey by the National Tax Agency in 2004 found that Denenchofu had the second highest number of high-income earners in the country (Minamiazabu in Minato-ku was in top place).

The majority of the Denenchofu area is zoned as a Category I exclusively low-rise residential zone and a Category II Scenic District. Building rules were strict from the start of the area’s development, and have remained so. Some of the original bylaws required houses to be below 3 storeys, to be above a minimum cost and to not exceed 50% of the land area (it is now 40% in some areas).