In central Tokyo’s six wards (Chiyoda, Chuo, Minato, Shinjuku, Bunkyo and Shibuya), the average apartment asking price was 60,180,000 Yen, up 1.7% from the previous month and up 10.3% from last year. The average price has increased by 18.0% over the past 2 years. The average building age was 21.7 years.

Prices in greater Tokyo have been largely pulled up by the price increases seen in the Tokyo metropolitan area.

While prices remain relatively flat in other major cities across Japan, the gap is widening in Tokyo where prices continue to rise. Prices in Osaka have begun to show a gradual decline. 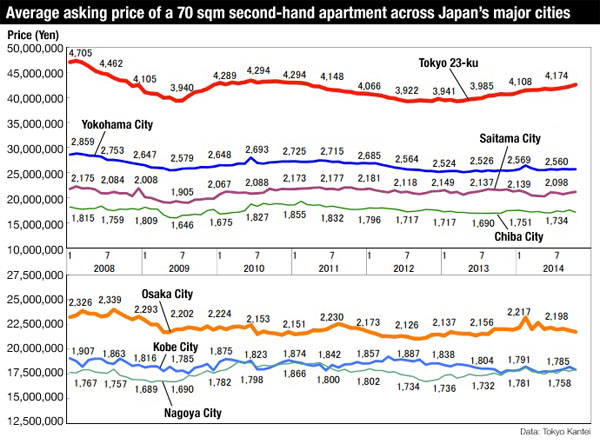 The rate of increase in Tokyo’s central 6 wards has expanded since July. Other areas in Tokyo have also seen an increase, although not at the same pace as central Tokyo. This is leading to a greater gap between prices within Tokyo’s 23 wards. 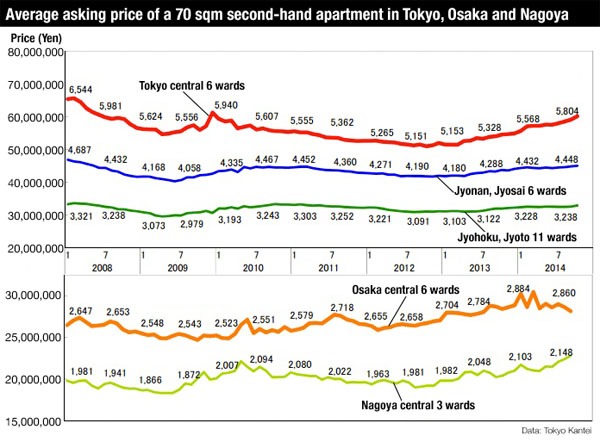 The data above is based on advertised prices which may be higher than actual prices after negotiations. Click here to read the REINS report about actual sale prices in October.