On October 29, Tokyo Land and Kajima Corporation announced plans for high-rise office and residential buildings in the waterfront Takeshiba area in Minato-ku. The project will also provide facilities for trade and content promotion and international expansion. JR Hamamatsucho and Takeshiba Station will be connected via a 500 meter long pedestrian bridge.

The project is expected to be completed in 2019. 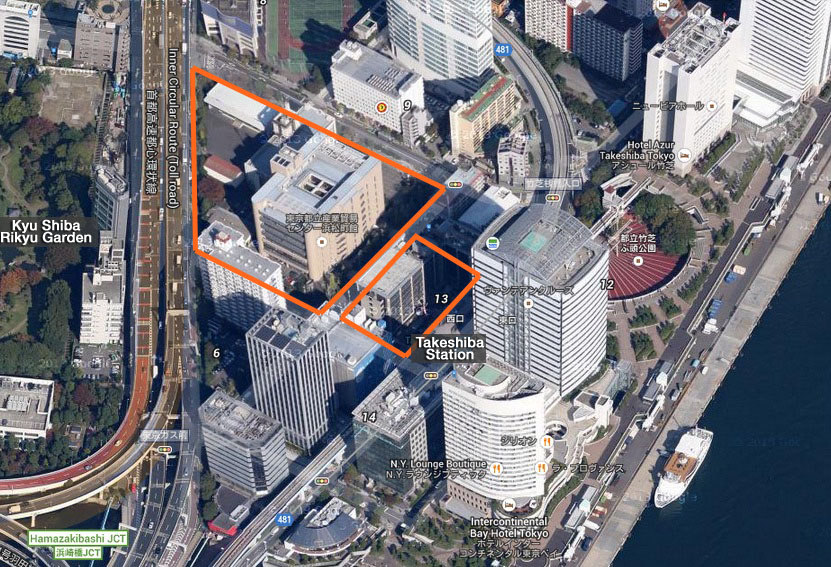 The 15,600 sqm site is located 230 meters to the east of Hamamatsucho Station. It is currently a city-owned trade centre.

The ‘Urban Regeneration Step Up Project (Takeshiba District)’ forms part of the national strategic zone scheme aimed at attracting international businesses, supporting start-ups and encouraging innovation. The city-owned land will be leased to developers under a 70-year fixed term. 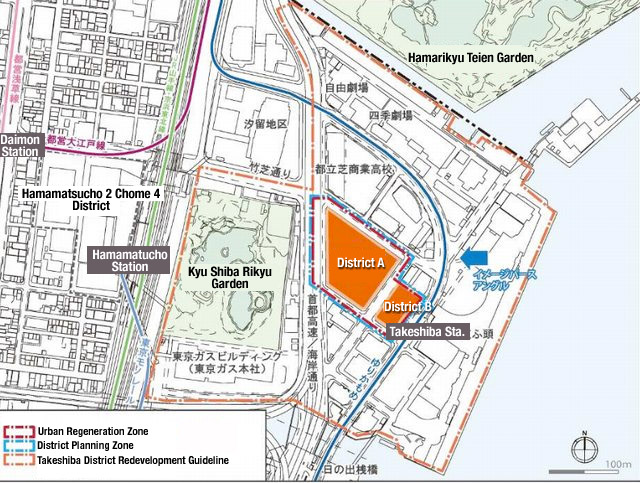