According to data released by Tokyo Kantei, an apartment building’s age has a bigger influence on rent than the distance from the nearest train station.

Although average rents across all apartments have shown recent growth, data seems to suggest that the number of new and near-new apartments hitting the rental market are having a strong influence on average rent, while rents in older buildings are staying relatively flat. 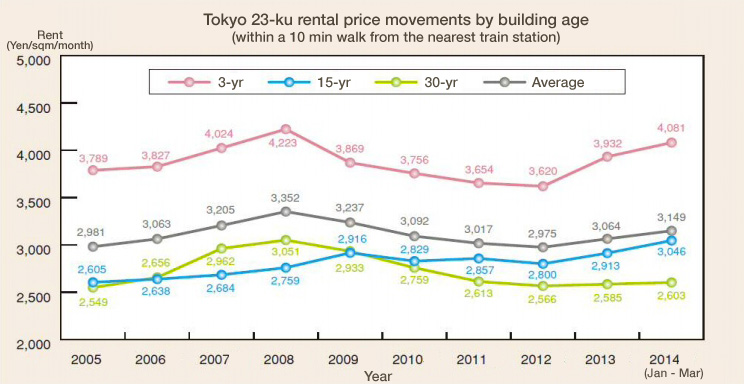 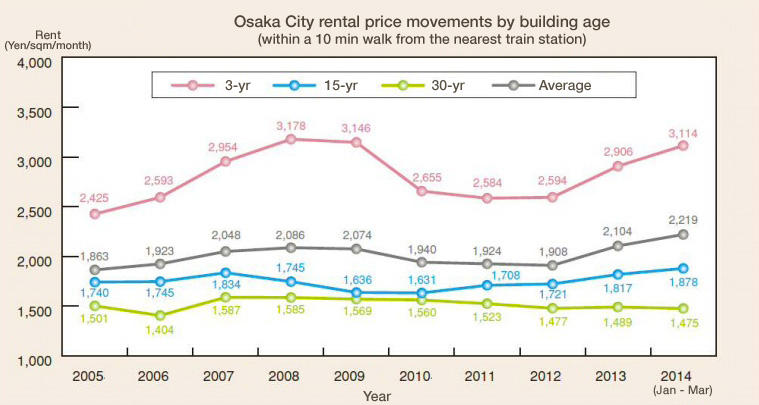 Nagoya didn’t experience any rental growth in the lead up to the mini-bubble in 2007-2008.

In the past year, however, a number of investors have been purchasing new apartments with the intent of renting them out. This has caused the 3-yr monthly rent to jump by 15.4% from last year to 2,989 Yen/sqm.

The rent in 30-yr old apartments has been on a slow downwards trend for the past 10 years. 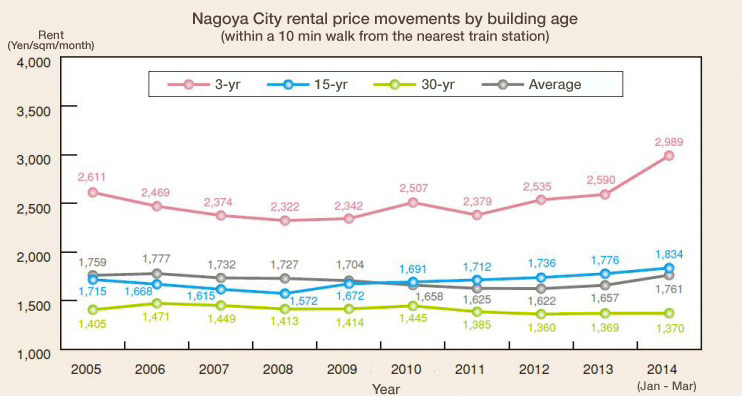