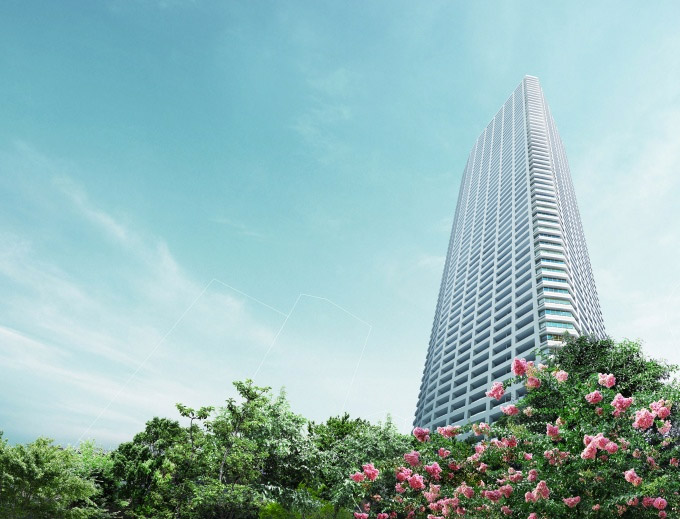 Developers of a 60-storey apartment building in Shinjuku held a groundbreaking ceremony on May 12.

The project forms part of the Nishi Shinjuku 5 Chome Centre North District Redevelopment and is located about 1.2km west of Shinjuku Station. The 1.5 hectare site was originally a densely packed neighbourhood of low-rise post-war wooden homes and narrow streets and lane ways. Some of the roads were too narrow for firetrucks and posed a fire hazard to residents. Approximately 25% of Tokyo’s total area is covered in these potentially risky neighbourhoods.

There will be 976 apartments along with retail facilities on the ground floor. The model room will open in the fall, with sales expected to begin by the year’s end.

130 of the apartments will go to original landholders, with about half of them planning to move into the new building upon completion.

Construction will be carried out by Fujita Corporation, with Mitsubishi Jisho Residence, Sotetsu Real Estate and Marubeni Corporation in charge of development.

Read more about the development here. 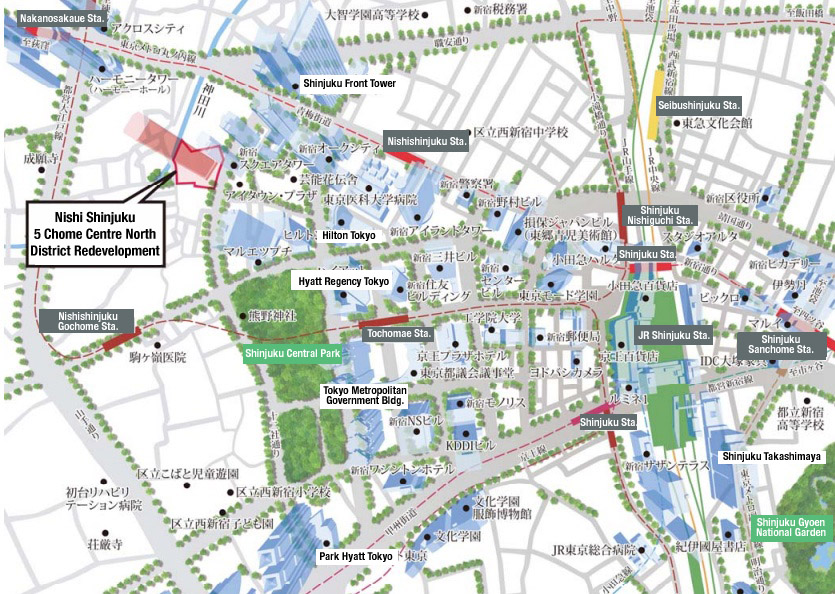 There is another proposed redevelopment of the block just west of the Park Hyatt Tokyo. Discussions began in 1993, but several setbacks have seen the development pushed back.

In 2013, Nomura, Tokyo Tatemono, Sumitomo Corporation and the Greater Tokyo Funenkousha were selected for the project and plans are being re-drawn. Most recent plans include two high-rise residential towers and low-rise commercial/retail facilities. Development approval is expected in 2015.

The original plans created in 2000 included four towers – a 77-storey office tower (339m), two 66-storey residential towers (245m) and a 50-floor residential tower (190m). It was hoped that the project would be constructed between 2007 and 2010. Obtaining consensus among landowners and acquiring the necessary parcels of land proved a difficult task. The project was delayed and eventually abandoned after the economic downturn in 2008. There were even plans to add a new station between Shinjuku and Hatsudai Stations on the Keio Line or extend the underground passage to provide direct access from Shinjuku Station.