A 4-bedroom house in One Hundred Hills (Chiba Prefecture’s version of Beverly Hills) has been foreclosed on and will go up for public auction in May. The minimum bid is set at 51,656,000 Yen.

*Update: The winning bid was 65,126,000 Yen. Three bids were submitted and the winner was a corporate buyer.

One Hundred Hills is a high-end residential estate that was developed by Tokyu Land in the late 1980s. The first homes in the neighbourhood were between 400 ~ 500 sqm (4300 ~ 5380 sqft) in size and were priced from 500 million ~ 1.5 billion Yen when new. Tokyu had subdivided the 17 hectare estate into 60 lots and had sold 24 of the 49 homes they had built by the time the bubble burst.

After the bubble burst, a number of homes in the neighbourhood were dumped on the market for sale and there were also a lot of foreclosures. The original residents – many of whom had purchased the homes as weekenders – had moved out and the streets were empty. These days, homes in One Hundred Hills appear for resale for around 100 ~ 200 million Yen, while average homes in the surrounding neighbourhoods may be priced from 15 ~ 40 million Yen.

Tokyu Land is still advertising vacant blocks of land in the estate at around 48,000 Yen/sqm. Local bylaws stipulate the style of home allowed and require owners to pay monthly management fees of around 80,000 ~ 90,000 Yen. The previous owner of this house stopped paying the neighbourhood management fees in June 2012 and is 1,728,334 Yen in arrears. 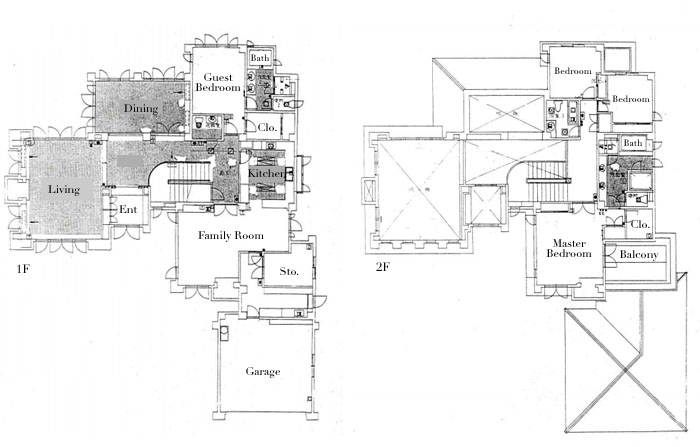