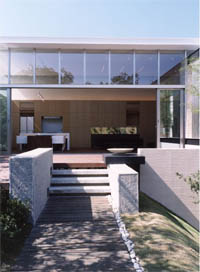 Are second-hand homes really that bad?

There is a common opinion in Japan that brand new homes are a safer and less risky purchase than pre-owned ones. But, all old homes were new at one stage. Whether they are new or old, all buildings will deteriorate over the years in some form or another.

The second-hand housing market can be referred to as a ‘lemon market’. As described by economic George Akerlof in his 1970 paper ‘The Market for Lemons: Quality Uncertainty and the Market Mechanism‘, there can be good used cars and bad used cars. Similarly, the second-hand housing market may contain well-maintained and cared for homes, but can also contain just as many neglected and defective homes. On the outside, they may all appear the same, but the ‘rotten’ homes out there destroy buyers’ faith in the market and drag prices down.

While the price of a brand new home is usually relatively higher than an older one, a buyer may be eligible for a number of tax breaks and mortgage deductions. However, the house becomes ‘used’ from moment that the owners move in and in some cases its value can drop by up to 20% almost immediately. It is generally said that a house is only worth half its original value after 10 years, and by 20 ~ 25 years it may have no value at all.

Home builders and developers all need to make their profit when selling a house, but the first buyer is almost guaranteed to see its value fall after purchase.

Is there a market for second-hand homes?

Last year, some of Japan’s major banks introduced home loans which featured an added component to allow for renovations. There are a growing number of home renovation companies and TV shows focusing on full house-makeovers.

For the home owners

One of the main causes of deterioration is roof and water leaks. Window caulking, for example, tends to last 7 ~ 10 years. If water starts to leak through the seals, the interior walls can rot and create an inviting environment for termites.

Rather than waiting for any problems to appear before repairing them, home owners are advised to conduct annual checks to prevent these problems from occurring in the first place. Inspections may cost in the tens of thousands of Yen but can be cheaper than a costly roof leak. Also, preventative maintenance can help to extend the life of a home.

There has been talk of introducing a housing database in 2015 which will keep a record of a home’s repair and inspection history.

Buildings with complex designs, such as sharp angles and corners may have a higher chance of developing water leaks in the future.

Half of a building’s repair expense generally goes towards installing scaffolding around the exterior. Therefore, a large or oddly shaped exterior is going to add to scaffolding costs.

So how long is a building’s lifetime?

According to the Ministry of Land, Infrastructure, Transport and Tourism (MLIT), the average lifespan of a wooden house is 27 ~ 30 years, and for reinforced-concrete apartment buildings it is around 37 years. However, these figures are just average ages of buildings at the time that they were demolished for redevelopment, and do not take into account the condition of the property at the time of demolition and the reason for demolition (eg. a developer may have acquired a group of buildings of various ages in a block to redevelop into a larger high-rise).

There are buildings that are 40 or 50 years old that are still in good condition and usable. There are traditional wooden homes that are twice as old and still occupied by their owners. The oldest apartment block in Tokyo – the Uenoshita Dojunkai (c1929) – was demolished in 2013 to make way for a larger and more modern apartment complex. It was still occupied up until 2013. In the US, the average age of a home before demolition is 66.6 years. In the UK, it is 80.6 years.

So why are homes torn down so quickly? Are they at the point of collapse after such a short period?

If you bought a new home today, is it going to be in an uninhabitable state in 30 years? – Most likely not, unless it was built with cheap materials and/or you neglect it.

Compared to traditional Japanese kominka that can be several hundred years old, a lot of homes built in Japan in the 50s ~ 70s were built cheaply and quickly to cater to a booming population. Quality of construction was not of paramount importance. Homes built then were not built to the same standard of homes today. Furthermore, as lifestyles and tastes change, many of those old homes have awkward floor plans and smaller rooms that don’t suit current lifestyles.

In central Tokyo, there is not a lot of vacant land, so when looking to build your own house you should also consider looking at old houses on good blocks of land that you can tear down to build your own dream home.

Redevelopment projects can also be attributed to the relatively short life of an apartment building. Developers may buy up entire blocks of buildings of various ages to demolish and build a much larger project. In that case it would not matter how new or old the smaller buildings were before they were torn down.

There are a number of research institutions trying to estimate the lifespan of buildings in Japan. The latest study by the Faculty of Science and Engineering at Waseda University estimated the average life of a wooden home to be 64 years.

In short, buildings have 2 types of lifespans:

As construction techniques continue to improve, we can expect a building’s physical life to be extended. However, in a place such as Tokyo where building land is scarce and redevelopment is often the only option, demolition to make way for larger projects may keep average lifespan figures down.