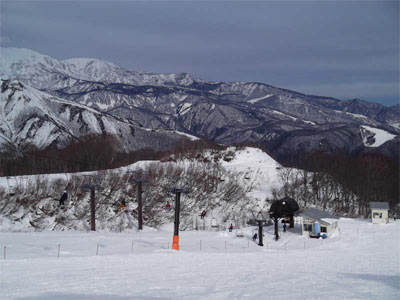 The ski resort town of Hakuba in Nagano Prefecture recently held an internet auction for several parcels of land within ski fields. This is the first time the town has foreclosed on land that forms part of a ski course.

The foreclosed land was owned by several operators of local inns in Hakuba, and had been foreclosed on due to non-payment of fixed asset tax and other local village taxes.

Bidders were found for all land parcels within the Goryu ski area, but there were no successful bids for land within the Iwatake ski area. Two buyers were operators of ski slopes in Goryu, while another two were ski enthusiasts from outside the Prefecture who bought the land in order to receive complimentary lift passes available to land owners.

The bubble era and the 1998 Winter Olympics led to over-investment in Hakuba. A larger number of accommodation facilities were developed in anticipation of an influx of tourists, but a drop in visitor numbers hit accommodation providers hard. The local village government was owed over 790 million Yen in unpaid taxes at the end of 2012. Out of all the cities, towns and villages in Nagano Prefecture, it is ranked in 8th place for unpaid taxes. The tax collection rate in 2012 was 64.6% – the second lowest rate in the prefecture.

While the village tax department understands the concerns of ski field operators over land being sold to third parties, it is the only way they can hope to recover tax revenue and are unable to offer special treatment for ski fields. The tax department are also considering auctioning off land within the Hakuba Happo-One ski fields.