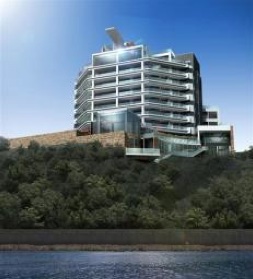 A leading Chinese television production and distribution company recently announced that they will be developing a luxury resort condominium in Otaru, Hokkaido. The project will be marketed to wealthy Chinese.

HaiRun Movies & TV plan to build a 9-storey building containing 22 condominium apartments, a restaurant, pool, sauna, and party room. Each apartment will have its own private open air bath (rotenburo).

Earlier this year, HaiRun announced that they would be investing 3 billion Yen into the project which initially had a completion date in Winter 2014. However, construction has been postponed until Spring 2014, with completion expected in mid-2016.

The 3,100 sqm development site is located on an elevated position near the waterfront in Hariusucho.

HaiRun is also developing a resort in Kutchan.