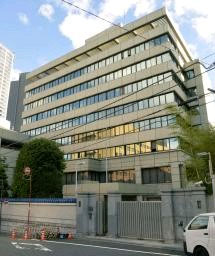 The Tokyo District Court has extended the decision deadline regarding the sale of the foreclosed North Korean Chongryon Headquarters in Tokyo. The court was expected to announce their decision on October 22, but a lack of information on the buyer, Avar Limited Liability Corporation, means the court needs more time to determine whether or not they are in a position to go through with the purchase.

Information on the mysterious buyer is still vague. Investigations by media outlets discovered that the company was created in January 2013 with a capital investment of just 60,000 Yen. Mongolian tax officials have no record of Avar paying taxes or insurance premiums. The business is registered to an apartment in Chingeltei, Ulaanbaatar. Neighbors say that the apartment was owned by the father of Avar’s director, but he moved out several years ago. The current resident claims to have never heard of the company.

Some believe that North Korea set up the paper company in order to keep their de-facto embassy in Tokyo, as they are prohibited from direct investment in Japan. Chongryon were also banned from bidding on the building.

There have also been rumours that the purchase coincides with the visit of the Mongolian Prime Minister Norov Altankhuyag to Tokyo last month, where he agreed to join talks on resolving North Korean’s abductions of Japanese. If a Japanese corporation was to purchase the building and tip out Chongryon, it could lead to political backlash, but this could be avoided if the buyer was from a country with diplomatic relations with North Korea. This happens to be the first time a Mongolian company has purchased real estate in Tokyo.

*Update: A Mongolian newspaper suggested that the buyer might be the family of a retired professional sumo wrestler, but said there was no way that they had the money to go through with the purchase.

The building first went to auction in March 2013 and a Kagoshima-based Buddhist priest made the winning bid of 4.5 billion Yen. The priest, who has close ties with officials in North Korea, failed to come up with the money by the deadline. He insisted that he was not a proxy for a North Korean buyer.