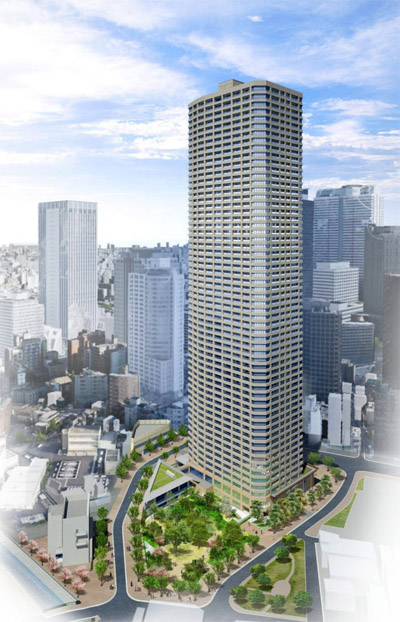 A new high-rise apartment building is planned for Nishi Shinjuku. At 60-storeys, it will be the tallest apartment building in Japan (based on the number of floors). Construction work is set to begin in January 2014, with completion scheduled for 2017.

The Nishi Shinjuku 5 Chome Centre North District redevelopment site was originally a densely crowded neighbourhood of wooden houses. The area posed a fire and safety hazard and many of the older homes were not earthquake resistant. Of the 92 low-rise buildings to be demolished, 83 (92%) were not fireproof.

Local residents, wanting to redevelop their neighbourhood, banded together in 1997 to form a redevelopment association to hasten the development of the area. 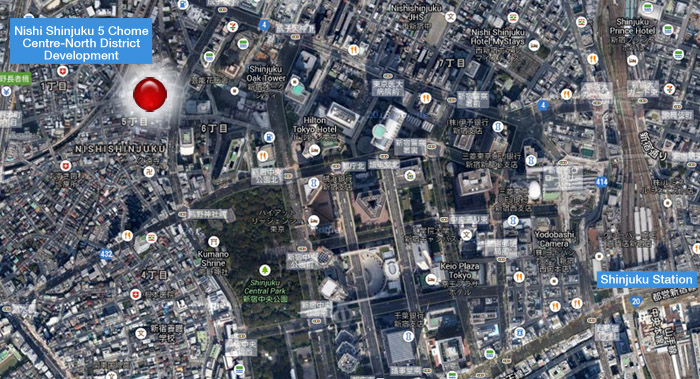 Construction will be carried out by Fujita Corporation (part of Daiwa House Group). Mitsubishi Jisho Residence will also be a part of the project. 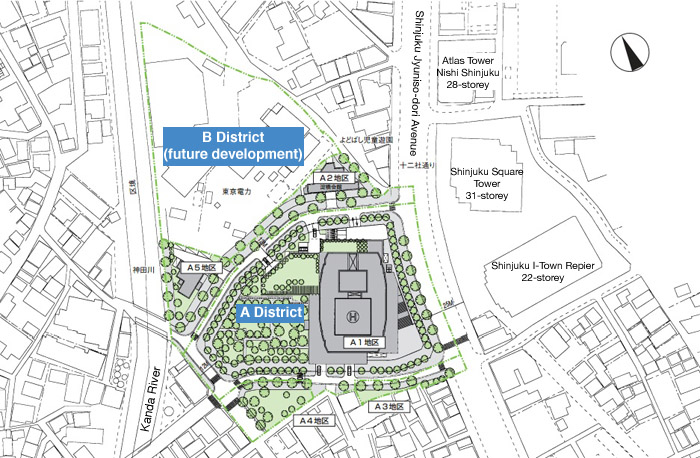 According to Tokyo Kantei, the residential building with the most number of floors in Japan is the 59-storey, 203.5m Park City Musashikosugi Mid Sky Tower in Kawasaki City.

The tallest residential building based on height, however, is the 209.3m The Kitahama (2009) in Osaka. Although it is only 40cm taller than the proposed building in Nishi Shinjuku, it only has 54 floors. The reason for the reduced floor count was to ensure that residents had higher ceilings to create a more comfortable living environment. The Nishi Shinjuku project has squeezed in an extra 6 floors, so residents will have to sacrifice a little on ceiling height.

Japan’s tallest building is the 70-storey, 296.33m Yokohama Landmark Tower (1993). It will soon be overtaken by the 300m tall 60-storey Abeno Harukas in Osaka, which is due for completion in 2014. For a full list of the tallest buildings in Japan, click here.

Tallest apartment buildings in Japan by number of floors:

Why has it taken this long to get a 60-storey apartment building?

It comes down to the increased costs and risks involved in creating such a project.

Due to the Aviation Law, areas of Tokyo, Yokohama and Kawasaki City near Haneda Airport have building height restrictions. The bayside areas in Tokyo, which have seen a lot of high-rise development, have height limits of 200 meters. This height limit includes the construction crane. The Tokyo Towers in Kachidoki, for example, tops out at 193.5m.

For the inland areas which are not affected by the Aviation Law, developers try to be considerate of the surrounding neighbours when redeveloping a site. There are many examples where strong opposition from local residents has led to a developer reducing the height of their project. With the Nishi Shinjuku project, there are several other redevelopment projects planned for the surrounding area (see image below) and there has been little opposition from locals. 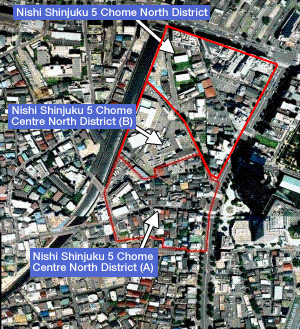 In addition to the construction costs of a high-rise tower, the scale and duration of these projects means that developers face the risk of unsold apartments at the end of completion. In 2000, there was a plan to build a 60-storey condominium in central Tokyo but it was abandoned after a miscalculation in demand.

While these high-rises improve the safety of an area by building wider roads and creating more open space, there is also a risk for residents in an earthquake. The 2011 Tohoku disaster caused elevators to shut down leaving residents on high floors stranded until services could be restored. Repair costs for high-rise buildings are also expected to exceed those of mid-rise buildings.