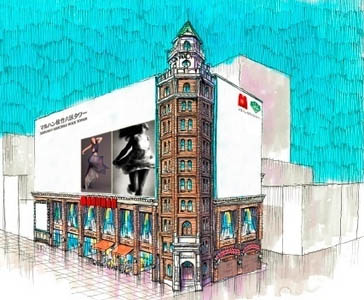 Asakusa’s Ryounkaku Tower is going to make a reappearance as a new theatre under construction will feature a facade replicating the original historic tower.

The Maruhan Shochiku Rokku Tower is scheduled to open in December 2014. At 48 meters tall, it will be 4 meters shorter than the original tower.

The Ryounkaku was a 12-storey octagonal tower built in 1890. It was designed by British engineer William Kinnimond Burton, who spent most of his career in Japan. The first 10 floors were brick, while the top observation floors were wood. 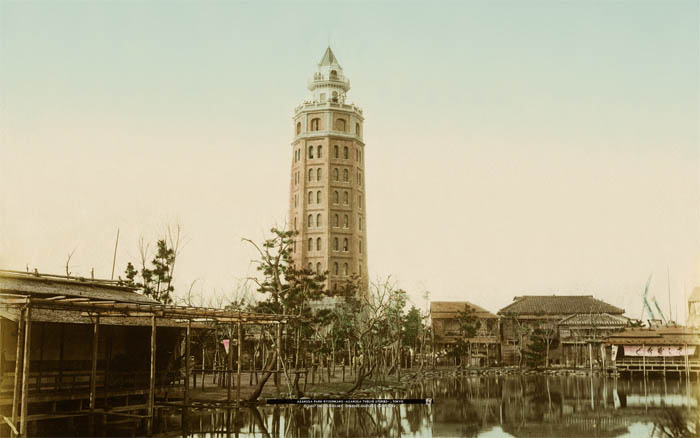 At 52 meters, it was the tallest building in Tokyo. It housed Japan’s first electric elevator, but it was shut down for safety reasons only 6 months after the building was opened. Burton had not made preparations for elevators in his design.

The building contained 46 stores selling goods from across the globe. A lounge was on the 8th floor and observation decks were on the 10th to 12th floors. It was popular with shoppers and visitors when it first opened, but by the end of the Meiji era customer numbers were down and it was running in the red. In 1911, the lower floors were converted into an entertainment hall and the elevator was restarted. Customer numbers improved for a short while, but the building remained unprofitable.

The 1923 Great Kanto earthquake destroyed most the tower and it was demolished by the army a few weeks later. The owners did not have the funds to rebuild. The site later became the Asakusa Toei movie theatre. A pachinko parlour currently stands on the site.

The Asakusa Koen Rokku district was considered Japan’s ‘Broadway’. It had as many as 30 movie theatres and entertainment venues, but the introduction of television saw patron numbers fall. The last theatre closed last year. 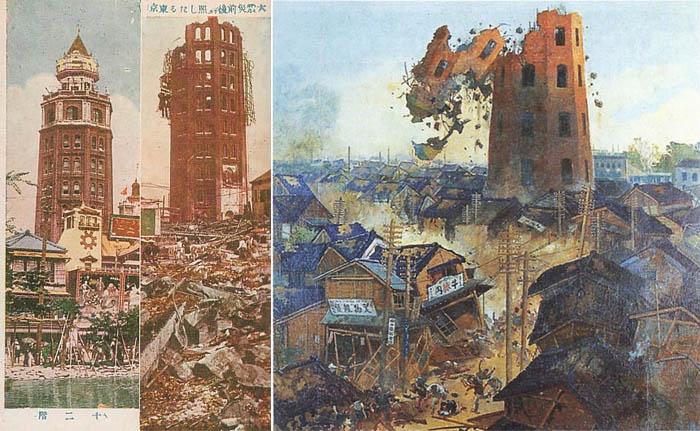