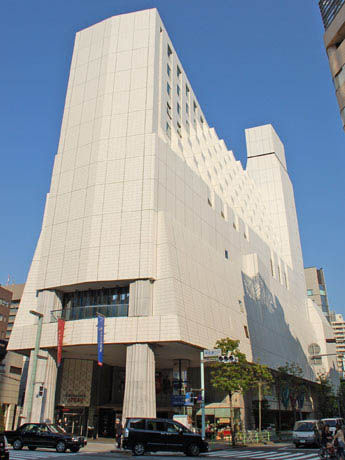 Gaming company Konami Corporation have purchased the Hotel Seiyo Ginza building from Tokyo Theatres for 17.8 billion Yen (180 million USD). Konami plans to convert the hotel into commercial space to be used as gaming development offices. Some of their 3,000 staff in Roppongi will relocate to the Ginza location. They will also develop event spaces which can be used to hold gaming conventions.

The 12 storey building has a total floor area of approximately 19,000 sqm (204,000 sqft) and is on a 2254 sqm block of land. The hotel was opened at the beginning of Japan’s bubble in 1987. The 77-room hotel was the first in Japan to offer concierge services. In 2000, Seiyo Corporation filed for bankruptcy and the building was sold to Tokyo Theatres Co.

In May 2012, Tokyo Theatres announced that they were going to sell the hotel to an undisclosed buyer, but Konami did not acquire the building until June 28, 2013.

The hotel closed at the end of May 2013 after 26 years of operations.