The Jonas Residence in Shioya-cho, Tarumi-ku, Kobe, may soon be demolished and replaced with a 10-storey apartment building.

The 2-storey waterfront residence was built in 1919 for British trader Frederick/Frank Maurice Jonas. It was later sold to Mr. Sakunosuke Yamada, a lawyer for Kawasaki Heavy Industries.

Shioya was a popular vacation home spot for foreigners and was dotted with western-style homes. Unfortunately the majority of the homes on the waterfront were demolished to make way for the new railway built by the former Japanese National Railway. The Jonas Residence was also in the path of the new rail line, but due to the perseverance of Mr. Yamada, in 1963 it was relocated 400 meters west to its current location.

Mr. Yamada was a staunch opponent to the development of apartment complexes in the neighborhood. Ironically, the current owner and seller of the house is Mr. Yamada’s grandson who resides in Tokyo.

In October 2012, the owner entered negotiations to sell the house and land to a developer. Learning of the new apartment plans this month, local residents have quickly formed a committee to oppose demolition.

Kobe City said that it was not economically viable for the city to purchase and conserve the property.

As this is a privately owned property, there is very little action that the local action groups and city can take to prevent the sale and demolition. Unless the owner has a desire to see the property protected, such historical buildings are usually sold to the highest bidder which, in most cases, will be a developer.

The house is private property and not open to the public, but it can be viewed from the street. Shioya Station is 18 minutes from Sannomiya on the JR Gakkentoshi Line and the house is 40 meters south-west of the station. Click here to see the house from Google Streetview.

The house was open to the public on June 15. Over 600 people toured the house. 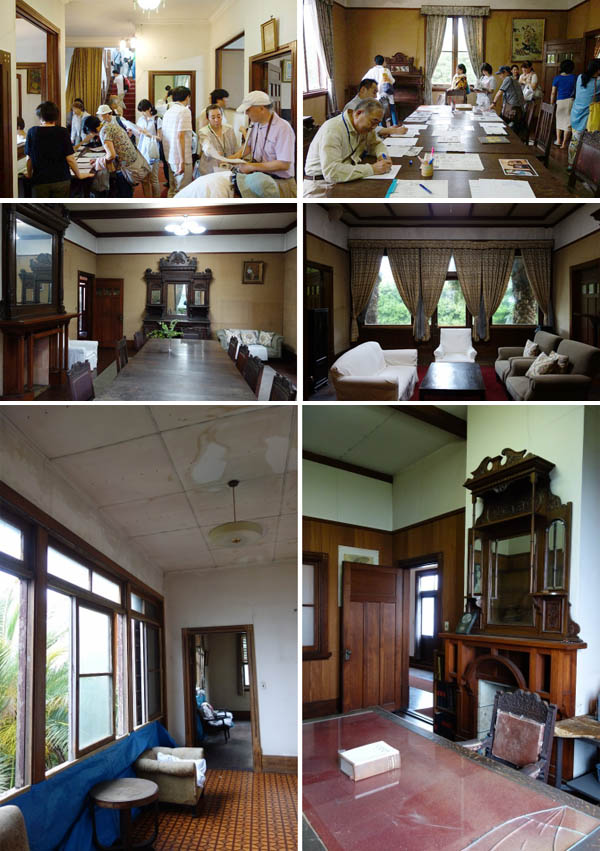